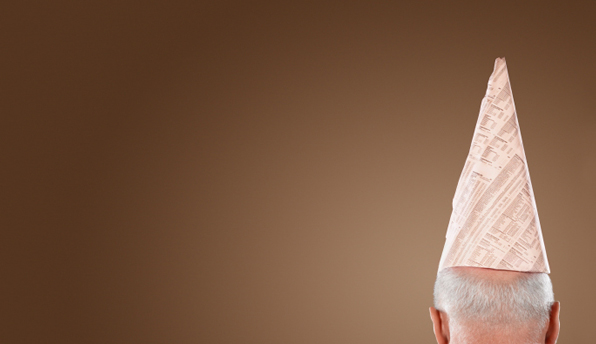 STAFF NEWS & ANALYSIS
Is the Level of Economic Illiteracy Among the West's Top Thinkers Deliberate?
By Staff News & Analysis - July 07, 2014

IMF's Lagarde hints at world growth forecast cut … Global economic activity should strengthen in the second half of the year and accelerate in 2015, although momentum could be weaker than expected, IMF chief Christine Lagarde said on Sunday, hinting at a slight cut in the Fund's growth forecasts. Lagarde said central banks' accommodative policies may have only limited impact on demand and that countries should boost growth by investing in infrastructure, education and health, provided their debt stays sustainable. The IMF's update of its global economic outlook, expected later this month, will be "very slightly different" from the forecasts published in April, she said. – Reuters

Dominant Social Theme: Public funding of the private economy is more necessary than ever now.

Reuters and other major media pick up her speech and report it without any further commentary. And thus we understand the following: The global economy is weak for the sixth year in a row but if governments increase their level of "investing" things should get better.

In April, the IMF had forecast that global output would grow by 3.6 percent in 2014 and 3.9 percent in 2015. "Global activity is picking up but the momentum could be less strong than we had expected because potential growth is weaker and investment … remains subdued," she told an economic conference in southern France.

Lagarde made a plea for more public investment, saying the "investment deficit" in both the public and private sectors was dragging down growth in most countries. "Despite the many responses to the crisis … recovery is modest, laborious, fragile, and measures to boost demand, despite the goodwill of central banks, will find their limits," she told a conference in southern France.

"We must therefore take steps to boost efforts to strengthen growth," she added. "This is the opportunity in a number of countries to relaunch investment, without threatening the viability of public finances." Lagarde said several times in her speech that, although now could be the time for some countries to boost public investment, not all of them could afford to do so.

The positive impact of public investment on growth could be strong enough to allow for some state projects without weighing on debt-to-GDP ratios, she said. After a first quarter that was much more disappointing than expected, there was now a marked rebound in the U.S. economy, she said.

Growth should accelerate, said Lagarde, as long as the Federal Reserve's withdrawal from its easy monetary policy is orderly and there is a precise medium-term budget framework. The euro zone is slowly coming out of recession and it is crucial that countries continue to carry out reforms, including completing the banking union, she said.

This is a standard Keynesian analysis, isn't it? It's the same weary prescription that didn't work during the Great Depression, didn't work in the rest of the 20th century and won't work now.

Government is incapable of making a viable investment because every public investment is decided on without any competitive pressure or profit motive. That means it is a price fix. Price fixes are incapable of getting the job done. They simply further distort whatever economy they are applied to. They may fix the immediate problem at hand, though they usually don't even do that. If they do, they are transferring wealth from elsewhere and thus causing other problems.

Keynes's idea that government could put people to work digging holes and filling them back up is, well … ludicrous. It's just another form of ineffective price-fixing that diverts capital from where the Invisible Hand would steer it.

Private markets do not "fail" – contrary to the propaganda of modern statists. But government initiated programs fail all the time. It is very unfortunate that Ms. Lagarde is an aggressive aficionado of this sort of claptrap. Such viewpoints as she is espousing further retard any sort of recovery.

But perhaps that is just the point. A subtle game is being played here so far as we are concerned, one intended to boost stock markets … what we call the "Wall Street Party." But to have a long-term rally, one might not want the economy to move up too fast or hard.

Equity marts in particular are being stimulated in numerous ways while the real economy is being retarded. Keep the economy subdued and stock markets can travel up farther and faster because asset bubbles are less apt to form and pop, at least not so precipitously.

Ms. Lagarde's idea for boosting economies via government investment is contradicted by what we understand about "real" economics. A recent UK Telegraph article came closer to reality in an article entitled, "Ending Britain's debt culture without investment is a recipe for permanent recession":

Meanwhile, for all the current sound and fury about the strength of the recoveries in the UK and the US, these economies are still not back to normal. And the euro-zone remains extremely weak … But there is a deeper issue to be tackled: why does the economy have to be stimulated in artificial ways through the boosting of lending to dodgy borrowers?

This is the real question! It is one we have been asking for years. Surely, arbitrary monetary volumes must always over-expand or over-contract the larger economy. Monopoly fiat money printing not only causes booms and busts, it fundamentally changes the way that business operates, causing whole industries to rise and fall, sometimes never to be seen again.

Having raised the question of the "artificial" stimulation of economies, the Telegraph article backs down. The article asks, "Why isn't the spending power and willingness there for non-dodgy parts of the economy?"

First, there is chronic underspending in the euro-zone. The main culprit is Germany. It is running a current account surplus of 7½pc of GDP. Over the last 18 years, German consumer spending has grown by only 18pc, compared with a 53pc increase by UK consumers. For France and the Club Med members of the euro-zone the essential reason behind low spending is different: the rank failure of the labour market, reflected in appallingly high unemployment, which restricts the size of total consumer incomes (and therefore spending). Moreover, the excessive regulation of the labour market also depresses investment opportunities and increases the perceived risk of expansion.

The second source of the world's deflationary tendency is continued under-spending by two main groups of surplus countries: oil producers and the Asian emerging markets. But the combined current account surpluses of both groups have fallen back over recent years.

There is, though, a third source of the problem which to my mind does not receive enough attention: low investment spending by companies in the west. Economists often talk about "the" rate of interest, which is supposed to be equal to the return on capital. In practice there are umpteen different rates of interest, but economists usually assume that the differences between them are comparatively minor. They are not. They are enormous.

Notice the Telegraph analysis begins well by mentioning monetary policy as the main driver of economic distortion. But so much truth is apparently intolerable. The article immediately wanders away from the main point almost willfully, presenting symptoms like Germany's "underspending" as causes of continued economic weakness.

The article leaves us with the vague assertion that non-dodgy industry must "invest." But what exactly is non-dodgy industry and who exactly is to define it? Thus it goes … and the Telegraph article gradually descends into the kind of cognitive dissonance that we find throughout the mainstream media.

Ms. Lagarde is putatively a powerful woman as the head of one of the largest financial facilities in the world. But her prescriptions for a Keynesian-style financial recovery constitute nothing more than a plan to retard industrial growth while supercharging investment marts. The Telegraph article, after a promising start, dissolves into various logical fallacies.

The economic illiteracy of the world's mainstream commentators and most powerful leaders is astonishing. It must surely be consciously implemented at some level.