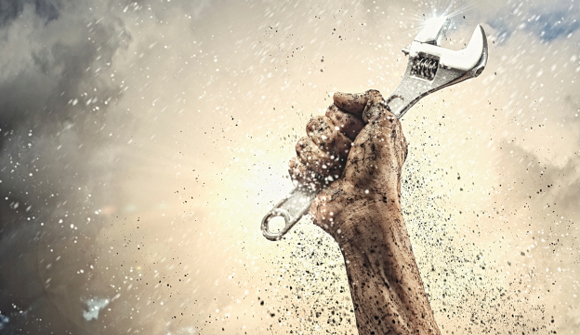 There Is a Constitutional Crisis, but Not the One Many People Think … It's the Bush-Obama record of surveillance and lack of accountability—and not executive action on immigration—that ought to concern citizens. – The Atlantic

Dominant Social Theme: Lawlessness is the problem, not specific laws or regulations.

Free-Market Analysis: The idea of this Atlantic article is that US governance generally is abdicating its responsibility to counteract lawlessness and this is fundamentally unbalancing US democracy.

This is a perceptive point, though to ignore the legal and regulatory barrage generated by Congress in the past decades doesn't make too much sense.

The larger imbalance faced by US citizens – and citizens of the West generally – is that governments generally have too much power and authority. Too much money flows into government and too much government activism is the result.

Are we at a crisis that threatens the entire system? Do the American people face a lawless, overreaching executive rampaging through immigration and environmental policy?

The … blame should fall squarely on the GOP caucus. Since 2009, Republicans have tried to pretend that the president is, somehow, not really in office, because, well, they shouldn't ever lose an election. This mummery is not just offensive; it represents unilateral disarmament in the unequal struggle between White House and Capitol Hill.

Like most opposition parties, the Republicans don't have veto-proof majorities. The only way Congress can block a president from taking actions it dislikes is to enact laws—laws and appropriations bills that a president will sign. To do that, the opposition must be willing to sit down and negotiate with the president, giving him part of what he wants in exchange for part of what Congress wants.

That kind of negotiation can't happen if one side wants to pretend the other is illegitimate. Because their base demands this solemn charade, the Republicans have been reduced to silliness that makes them look weaker—multiple useless votes to repeal the Affordable Care Act, shutdown and threat of default, and, silliest of all, the Big Bad Lawsuit, which is the rough equivalent of running away and yelling, "I'm telling Mom!"

As Jack Goldsmith noted last June, "It takes a lot of work for Congress to exercise its constitutional responsibilities of investigation and oversight and pushback. So much easier to call in the lawyers and authorize them to bring a high-profile lawsuit, especially with mid-terms around the corner! And so one can only sigh when House Judiciary Committee Chairman Bob Goodlatte, who should be leading the charge against the President in his committee, instead defends the lawsuit on the grounds of 'people standing up for the balance of power.'"

The true danger to the republic right now is an executive establishment that, under the past two presidents, has taken on itself the role of deciding where and whether to make war, has made a mockery of constitutional and statutory restraints on surveillance, and has first conducted and then persistently concealed a shocking campaign of torture. The problem is not that Obama is better or George W. Bush was worse—what is striking instead is the continuity between administrations on these matters.

This last paragraph certainly provides us with certain credible points. Much of what seems to be illegal or unlawful these days is never challenged by those with the authority to do so.

Most of the complaining about constitutional problems is therefore just that – complaining. The more difficult and dangerous work of moving beyond rhetoric and into action is less apparent.

This article attributes the lack of confrontation to laziness and opportunism. Fixing problems is a lot harder than talking about them or more cynically running against them. But we'll present another theory that has nothing to do with laziness or cynical political calculation. In our view, a lot of the cravenness of current political actors has to do with fear.

Most everyone – and certainly politicians – have something to hide and something to fear and surely there is a general perception on Capitol Hill that individual policy makers are a target of ongoing surveillance.

Most lawmakers are not heroes or even necessarily men of principle. They get into the field for self advancement. The idea that these people would stick up for certain principles contradicts observable reality.

And it's not in the nature of many lawmakers. These are practical men who have spent a good deal of time and money achieving their positions. They are inclined to work with the system as it is rather than trying to upend it.

The real problem, as we pointed out above, is that government is too big and has too many revenue streams to draw on including most importantly central bank money printing.

This Atlantic article wants legislators and presidents alike to do the hard work of negotiating lawful legislation. But, really, in the US in particular, who is to determine what is "lawful" at this point?

The entire constitutional process has moved far beyond the limited-government perception of US founding fathers. The only way to control lawless governance at this point is to reduce the size of government radically. That is probably not going to happen.

Alternatively, as we have argued, it is up to you to protect yourself and your family and even your community from government incursions. Take whatever steps you can to protect yourself from the system as it is by securing secondary passports, alternative lifestyle communities abroad and gold and silver stocks at home and abroad.

The idea is to "live free in an unfree world," as Harry Browne suggested. Create your freedom; don't wait for government to do it for you. And, especially, don't wait for Western regulatory democracies to "reform."