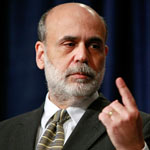 After two smugglers were stopped last week with what at first appeared to be $134bn in US state bonds, the tension and paranoia surrounding the fate of the dollar hit a new high. … How on earth did these two men, who at first refused to identify themselves, come to be there, trying to ride the train into Switzerland carrying bonds worth more than the gross domestic product of Singapore? If the bonds were genuine, the pair would have been America's fourth-biggest creditor, ahead of the UK and just behind Russia. No sooner had the story leaked out from the Italian lakes region last week than it sparked a panoply of conspiracy tales. But one resounded more than any other: that the men were agents of the Japanese finance ministry, in the country for the G8 meeting, making a surreptitious journey into Switzerland to sell off one small chunk of the massive mountain of US bonds stacked up in the Japanese Treasury vaults. – UK Telegraph

Free-Market Analysis: Now it turns out, apparently, that these bills were manufactured by the "mafia" – though which mafia and where is unclear. Before the mafia theory, the alternatives included the US government printing the bills itself or perhaps the involvement of other governments. We're not sure of the mafia theory — it all remains very hazy — but what strikes us forcefully is the hysteria over the availability of the bills themselves. Here's more:

In the event, late last week American officials confirmed that the notes were forgeries. The men, it appeared, were nothing more than ambitious scamsters. But many remain unconvinced. And whether fake or otherwise, the story underlines one important point about the world economy at the moment: that the tension and paranoia surrounding the fate of the US dollar has hit a new high. It went to the heart of the big question: will the central bankers in Japan, China and elsewhere continue to support the greenback even in the wake of the worst financial crisis in modern history, or will they abandon it as America's economic hegemony dissipates?

We don't have any doubt that the US dollar, like all other paper currencies, will eventually vanish into the mists of history. The only issue one of timing. What we find far more incredible is that the US Federal Reserve can print and disburse some US$10 trillion in a few months' time without any shred of book-keeping. These facts were revealed in a recent congressional hearing which was posted on Youtube (and to which we have often alluded). The hysteria that attended such an unbelievable revelation was far less shrill than that which has accompanied this purported forgery.

To beg the obvious, we nonetheless inquire, what is paper-debt money but a kind of forgery? Performing a forgery under the color of law does not necessarily mitigate the forgery. What is just as disturbing is that central banking monetary production has only increased in scope and ambition over the past months and years. A gold and silver market standard for the West, or worldwide, would do much to calm the nerves of those investors jittery over the dollar and its "fate." It would put paid to forgery of the most ambitious kind.