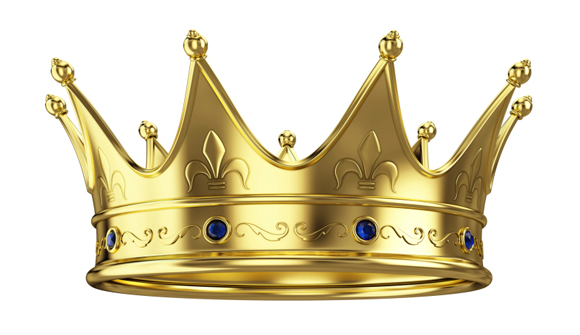 STAFF NEWS & ANALYSIS
“It is incomprehensible how this monarchy survives…”
By Simon Black - December 12, 2022

On the 17th of September in the year 1665, the three-year old Charles II became King of Spain. And the odds were stacked heavily against him.

To start off, Charles was the unfortunate result of inbreeding; Charles’s mother was also his first cousin, in that Charles’s father was his mother’s uncle.

Let that one baffle you for a moment– I had to write it out on a piece of paper. In short, Charles and his mother both had the same grandfather (Phillip III), who himself married his own second cousin.

Needless to say, poor Charles was born with nearly every physical and mental disability imaginable, causing a French ambassador to remark, “He is so ugly as to cause fear, and looks ill.”

His tongue was so large that he could hardly eat, and his speech was unintelligible. He appears to have suffered from a terrible bone disorder, hormonal imbalances, rickets, neonatal herpes, renal dysfunction, and more. Plus he contracted nearly every potentially fatal disease in the book, including smallpox.

From the time of his birth, the entire royal court expected him to die quickly. So the unexpected demise of his father, followed by Charles’s ascent to the throne, caused a great deal of anxiety in the kingdom, especially given that Charles’s father had left behind a giant mess.

Spain had once been THE dominant power in Europe, and it hadn’t been that long ago that the legendary Spanish Armada had struck terror in the hearts of its rivals.

But that was all in the past. Decades of mismanagement had caught up with the kingdom. His father had nearly bankrupted Spain, between his hopelessly lavish lifestyle and endless military campaigns.

Charles inherited a kingdom with an almost empty Treasury, bad credit, declining military capability, and rivals nipping at their heels.

In short, Spain was in desperate need of a strong, effective leader who was capable of reversing the decline. Instead they got Charles.

Now, it’s hard to pin everything on Charles; you can’t blame the kid for circumstances of his birth. But it does seem unbelievable that someone so inept could be placed in the highest office in the land. I mean, we can’t possibly imagine something similar happening in our own time…

To make matters worse, Charles was surrounded by incompetent people. His mother/cousin defaulted on Spanish debt as regent in 1666 and almost single-handedly wrecked the Spanish economy.

Another of Charles’s courtiers, Juan Everado Nithard, signed the Treaties of Lisbon and Aix-la-Chapelle in 1668, both of which were absolutely terrible for Spain.

And Charles’s brother John Joseph was a notorious instigator who fomented conflict and power struggles in government.

These were just a few of the members of Spain’s political All-Star team that steered the kingdom even deeper into decline.

They oversaw widespread economic stagnation and further accumulation of debt. And their attempts to ‘fix’ the debt situation by manipulating Spain’s currency caused a rollercoaster of price instability– inflation, then deflation, then inflation again.

They supported the Inquisition’s war on freedom of thought and intellectual dissent; in fact, in 1680, Charles presided over one of the most violent public executions in the history of the Spanish Inquisition.

They ignored the obvious rise of their rivals, and in many respects even collaborated with their adversaries. They failed to arrest the decline of their army and navy. Yet they consistently allowed Spain to be pulled into the military conflicts of other nations.

In short, they were a total disaster for Spain, causing a visiting ambassador from Venice to remark, “It is incomprehensible how this monarchy survives.”

This is one of the many, many case studies throughout history in how nations and kingdoms decline. And the formula isn’t difficult to understand: decades of bad leadership and bad decision-making cause decline.

Obviously the exact circumstances and particulars are different today. But future historians may one day make the same remark about the current administration.

We’re talking about a group of people who gave away $100 billion worth of military equipment to their sworn enemy in Afghanistan. They have continued to silence intellectual and ideological dissent. They have eroded confidence in the currency and enacted policies which have helped engineer record-high inflation.

They have waged war on the energy sector, resulting in higher prices and outright shortages. They’ve ignored the military’s historic declines in readiness and recruiting. They have fomented social conflict, destroyed trust in basic institutions, and eroded the nation’s reputation.

Plus they’re led by a guy who, to be polite, isn’t in full control of his mental faculties. Like the reign of Charles II, it all does seem quite incomprehensible.

Now, Charles II was not the end of Spain. Obviously the nation still exists today, and it didn’t end when he died in the year 1700.

But he left Spain so weak that it was no longer in control of its own fate. Spain’s future, including the decision of who would become king after Charles, were both ultimately determined by foreign powers.

Again, this wasn’t the end of the world. The ground didn’t simply open up and swallow an entire civilization. Spain lived on. Its great cities lived on. Its culture and people lived on.

But its dominance ended.

This has been the cycle of countless great powers over and over throughout history, from Babylonia to Britain: empires rise, peak, and decline.

This is most likely the fate of the United States as well. And the all-stars in charge right now are making that happen sooner rather than later.

The truly irritating part is that many of the US’s main challenges are fixable.

It would take a long time (and be painful), but America’s enormous mountain of debt is still fixable. Social Security’s gargantuan funding gap is fixable. The energy challenges are fixable. The decline in US military preparedness is fixable.

But there is a point of no return. And the longer these problems fester, the more likely they’ll become unfixable without causing a major crisis. Many of America’s challenges are already very close to that point.

Correcting the trajectory obviously requires serious leadership and sound decision-making. And one can certainly maintain hope for the future. But ‘hope’ is a poor excuse for an actual plan.

This is why it makes sense to give yourself options. If the West remains on its current trajectory, the way down will continue to be painful. Higher taxes. Higher inflation. More bureaucracy. Slower growth. Deeper social conflicts.

Like Spain in 1700, the ground isn’t going to open up and swallow everyone whole. The world won’t suddenly cease to exist. Life will go on.

But it seems ridiculous to simply refuse to take basic precautionary measures to mitigate such obvious risks.

For example, when the government itself forecasts that Social Security’s trust funds will run out of money within a decade, it’s prudent to plan an alternative way to secure your retirement.

When politicians are shrieking for higher taxes just so that the government can pay people to stay home or give $100 billion worth of military equipment to the Taliban, there’s no harm in taking completely legal steps to reduce what you owe.

When social conflict is so tense that you can’t even go to brunch on a Sunday morning without being accosted by an angry mob, it’s not a terrible idea to consider a second residency in a more peaceful place.

And if by some miracle voters across the land manage to elect real leaders who actually start solving these momentous challenges– and a new era of prosperity blooms– you won’t be worse off for having taken any of these steps.

This is what it means to have a Plan B. And frankly it’s incomprehensible how someone could expect to survive this tumultuous period without one.