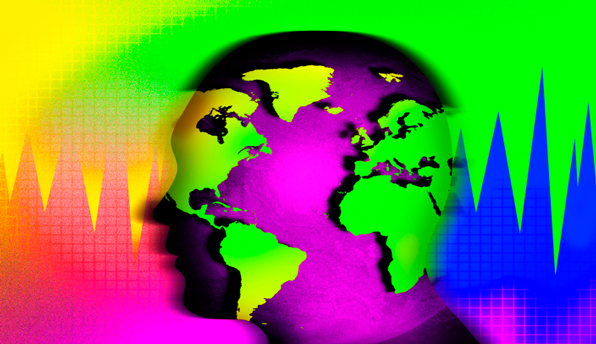 Matteo Renzi is on a roll. The Italian prime minister is a brilliant politician. His youthful dynamism has bought him time with his people, the markets and the European Union to carry out the immense job of reforming Italy. But he has yet to show he can execute. He now needs to, because even his time will run out. Renzi has had a good four months in the job after he pushed aside his predecessor Enrico Letta. His emphatic victory in the European Parliament elections gave him a legitimacy that the murky manner of his ascension lacked. He is in the astonishing position of dominating not just the left of Italian politics, from which he comes, but also the centre – as well as being popular with the right. The latter is in disarray as Silvio Berlusconi's career has disintegrated. Meanwhile, Renzi has managed the feat of portraying himself as anti-system, despite being prime minister. This has undercut the appeal of Beppe Grillo's protest movement. – Reuters

Dominant Social Theme: Finally, a leader the Italians can count on to properly rationalize the EU and Italy's place in it.

Here is a modern technocrat and a darling of Reuters. Let's see what his esteemed qualities can tell us about the globalist agenda generally. This article, unlike most, seems to make it fairly clear.

Renzi is held up as everything that is good and proper about the EU and about Italy's evolution as an EU member. He is said to be personally charming and charismatic as well as flexible and yet focused on creating what might be called "globalism with a human face."

There is a new word to denote what could be an important emerging partnership at the heart of Europe: Merkenzi. Barely two years ago, when Nicolas Sarkozy was president of France, people spoke of Merkozy. But Francois Hollande's standing is so low that nobody today would dream of talking about Merkollande.

Italy, where I spent part of last week, took over the EU's six-month rotating presidency on July 1. Renzi therefore has a critical role during a period when the EU's priorities for the next five years will be set and a team will be chosen to work alongside Jean-Claude Juncker as European Commission president.

Italy is talking about some of the right priorities – such as advancing the single market in services, and free trade negotiations with America. But Renzi is also advocating a scheme for euro zone states to guarantee each others' bonds. Given German opposition, he is wasting his breath.

… Jobs and growth are Italy's two main weaknesses. The economy is barely growing and unemployment is still rising. The country doesn't just suffer from 43 percent youth unemployment; many of those in work are underemployed or not paid a living wage. There's no silver bullet.

But part of the answer has to come from the European Central Bank: it needs to push euro zone inflation, which is stuck at a worryingly low 0.5 percent, up to its target of just under 2 percent; it also needs to get the euro down – something that would help exporters in Italy and elsewhere.

But Renzi also needs to change much at home. Top of the list is probably civil justice. What deters foreign investors most about Italy is that rules are often not obeyed and it's hard to get redress. Then there's tax evasion, a labour market that is still too restrictive, a bloated bureaucracy and a political system that makes it hard for anybody to govern. Unless all this is changed, Italy won't be able to emerge from its two-decades long funk.

… Renzi's stock is now riding high, helped by the protective blanket thrown over all the euro zone periphery by the ECB. But Italy's debt is forecast to hit 135 percent of GDP this year by the European Commission. If it keeps rising or there is some external shock, the country could be tipped back into crisis.

Hmm … Let's calm down. This analysis of Renzi's agenda is revealing because it is similar to ones in Greece and Spain. Renzi, for instance, is big on civil justice and measures to collect more taxes.

In fact, like the rest of Southern Europe, Italy has an uneasy relationship with central authority. Spain, for instance, has a patchwork of ethnicities, including the Basque, that want to secede. Tax evasion was a kind of national sport in Greece. But the European Union's idea of creating workable and successful states includes efficient tax collection and "justice" enforced rigorously.

Additionally, Renzi wants to see additional price inflation that can lift salaries in Italy and add to the "wealth effect." (Actually, people may not be any wealthier but they will feel as if they are.) He also wants to reform Italy's bloated bureaucracy and political system.

To sum up, Renzi wants to make the Italian government a lot more efficient and via additional tax collection he wants to provide the government with more resources. This is surely a globalist prescription for prosperity, depending on central bank money printing, efficient government services and the extraction of the last drop of potential tax revenue.

Strangely, Renzi's program is not much different than the one Joko Widodo is proposing in Indonesia. Widodo is one of two major candidates running for president and his nine-point platform has been reported by the Sydney Morning Herald as follows:

One can see in the above the similarities to Renzi's platform … at least we can. Widodo wants to make Indonesia's public sector more professional and robust (presumably this includes tax collection). He also wants to improve Indonesia's social services just as Renzi does.

Most countries in the world these days have a central bank and a progressive income tax. The preferred structure of the modern state includes a monopoly fiat central bank, vigorous enforcement of rules and regulations, aggressive collection of taxes in a progressive system and a panoply of well-administered state services that provide education, health care and retirement benefits.

This sort of state profile is no coincidence; it is a "corporatist" one. Its main assumption is that the state is competent and even perfectible, and that what the state cannot manage, large, efficient corporations will handle.

Raise enough tax revenue, root out corruption with sufficient zeal and then provide fairly-administered programs for the poor and middle class and you have the recipe for a well-realized progressive state – whether in Italy or Indonesia.

Of course, we don't believe in this vision of state power, nor do many who understand non-Keynesian economics.

Keynesian economics seems to make no distinction between state actors and private ones. But free-market economies recognize a key difference – the marketplace is competitive whereas as the state operates by force. Thus the state "fixes" prices while the private economy discovers them. This is a huge difference.

It is the reason why private solutions should be effective if properly administered: They are the result of competition and voluntaryism – while state solutions are inevitably dictates that must be obeyed.

Absent corporate personhood, the private marketplace would drive society forward within the context of regional prosperity. Huge income inequities would likely disappear because business enterprises would be so much smaller. If size was necessary, local enterprises could link up in fungible franchises that could grow larger. But power would be dispersed, just as it ought to be when it comes to the state.

Renzi's platform – which is actually the European Union platform – surely presents a technocratic vision. It is based on the idea that wise and charismatic leaders possess sufficient wisdom, empathy and expertise to circumvent the anti-competitive nature of state powers.

Renzi does not have the tools to do the job he is slated to accomplish. He cannot predict the future and thus cannot generate an accurate plan of the revenues that the Italian state must disburse to its citizens. He cannot predict the results of enforcing a rigorous judicial code nor of expanding a forceful tax collection effort.

Every part of Renzi's program is designed to reinforce some sort of state power – whether redistributive, judicial, monetary or fiscal. Renzi, Widodo, the leaders of the EU itself – these are technocrats of tomorrow, those who are supposed to guide the world into a more prosperous 21st century.

But this agenda is based on state power, and inevitably, state power fails and even collapses. The idea then, apparently, is to move toward yet further consolidation and to agitate for yet more draconian regulations to strengthen further government centralization, first on a national, then on a regional and finally on a global level.

The end game is a fully internationalized world. Those who are aware of what's actually going on should be quite conscious of this sort of manipulation and take effective steps to combat it as best they can, at least on a personal level.