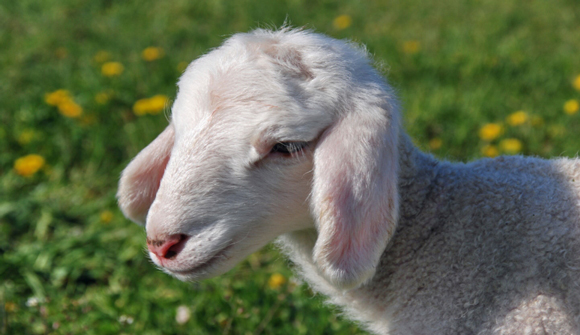 Janet Yellen confirmed as Federal Reserve chairman … Janet Yellen was confirmed to lead the Federal Reserve on Jan. 6, 2014, making her the first female chair in the Fed's history … The Senate confirmed Janet L. Yellen on Monday as the next leader of the Federal Reserve, placing her in charge of ensuring that the nation's economy makes a full recovery. Her nomination passed the chamber 56 to 26 on its first day back in session after winter recess despite opposition from some Republicans who have advocated for greater oversight of the central bank. – Washington Post

Dominant Social Theme: In exciting news for women everywhere, a tiny sparkplug of a genius – a female Einstein – has been named as chair of the Federal Reserve. She is the most powerful woman in the world.

Free-Market Analysis: Actually, while the mainstream media has indeed made a big deal about Yellen's gender, it is surprising how little power she will really have.

She can continue the policies that have been set by Ben Bernanke and Alan Greenspan before him. The last person that really struck out on his own was "Tall" Paul Volcker who allowed short rates to rise to nearly 20 percent in the early 1980s.

But even Volcker didn't have that much of a choice. The people standing behind his regime – a bevy of concerned globalist bankers – believed that the best way to crush price inflation of the day was to wring it out with tight money.

And so that's what Volcker did. Not much of a choice, really. He would have been fired or worse if he tried to do something else. Just as Yellen will be fired, one way or another, if she tries to do something other than stimulate.

Of course, it is not fashionable to speak of monetary stimulation but central banks around the world, no doubt coordinated by the Bank for International Settlements, are spraying money like fire hoses opened up to maximum at some sort of industrial conflagration.

Indeed, the world's economies are in a kind of conflagration, burning through fiat currency at an astonishingly rapid clip.

Yellen, currently second in command, will be the first woman to be in the top job at the Fed when she takes office. The Senate confirmed Janet Yellen as the first woman to lead the Federal Reserve, elevating an advocate of fighting unemployment and a backer of the central bank's efforts to spur the economy with low interest rates and massive bond purchases.

"She has proven through her extensive and impressive record in public service and academia that she is most qualified to be the next chair," Sen. Tim Johnson (D-S.D.) said Monday. "Americans should feel reassured that we will have her at the helm of the Fed as our nation continues to recover from the Great Recession."

Yellen will be in charge while the Fed is at a crossroads. Over the past five years, the central bank has pumped trillions of dollars into the economy through bond purchases to lower borrowing costs for consumers and businesses and to boost the recovery.

Now, it is starting to scale back that support — a delicate task that risks jeopardizing the economy's progress. A wrong move could also send Wall Street into panic mode.

"There is no question there could be unintended consequences," New York Federal Reserve Bank President William Dudley said at a conference in Philadelphia on Saturday, describing the challenge that Yellen and other central bank officials will face in coming years.

… Before the financial crisis, Yellen proved to be a particularly prescient voice inside the Fed. She served as president of the Federal Reserve Bank of San Francisco during the housing boom and sounded early warnings that problems in the subprime sector could spill over into the broader economy.

She was appointed Fed vice chairman in 2010 and has been a staunch advocate of the its easy-money policies, often invoking the toll that high unemployment has taken on U.S. households. Like Fed Chairman Ben S. Bernanke, Yellen has pushed for more communication and transparency at the historically secretive institution.

Note that the article is careful to speak of the gradual tightening that Yellen will preside over. In fact, she will do no such thing. She is being hired instead of Larry Summers because she can be counted on to do what she is told.

And the banking elites not just in the US but around the world want a continued dollar binge. There are numerous reasons why, in fact. For one thing, economies around the world are in deep trouble and dollar printing (money printing in general) helps keep them afloat.

For another, dollar printing supports stock markets, especially US stock markets and, as we have pointed out many times, the Big Boys want a final stock market blow-off to enrich themselves and their pet Green causes before using the inevitable crash as fuel for a global currency.

Finally, the method of economic stimulation in the "modern" era depends deeply on currency printing that is then aimed at commercial bank gatekeepers.

Ideally, central bank money-spinners would deposit money directly in people's accounts. But they cannot do this, as it would give the game away. People would discover that the precious money they work so hard for is printed out of thin air. So instead, central banks have distributed money via banks.

This does two things. It allows banks to issue out money attached directly to interest (as a loan) and it allows central bankers to control the issuance of the money, as they can control the banks if price inflation threatens to get too strong.

By carefully adjusting money flows, central banks can, in the beginning anyway, retain some control over the money they print. They can also pay money center banks not to distribute and indeed are doing so, especially in the US.

Yellen, no doubt, will print strongly and leave interest rates low. She will cut back on some of the quantitative easing that Bernanke has pioneered but it will make no difference.

The torrent of money issuing from the Fed will continue. It will expand stock market averages while causing great irritation to other Great Powers around the world

These powers will also be printing massive amounts of currency but will use Yellen's regime as a pretext to complain about the dollar reserve system. This will provide a further pretext for a more global money that may be promoted in earnest if (when) there is a final equity blowout and crash.

One wonders if Yellen herself fully understands what the globalists that surround her have in mind for her. She is a bit like a blue-daubed sacrifice teetering at the top of one of those ghastly Incan or Mayan temples, ready to have her head severed, so it will bounce down the steep stairs along with her corpse.

This may be too strong an analogy or perhaps not. We will see how badly things deteriorate under her watch. What is perhaps most disturbing is that all this will take place while Yellen is being celebrated as a "powerful woman" by those who are directly or indirectly plotting her demise.

No one really has much power in this modern monetary world except for those who supervise central banking at the highest levels – at levels higher than Yellen, even.

If she has not discovered that, she will.