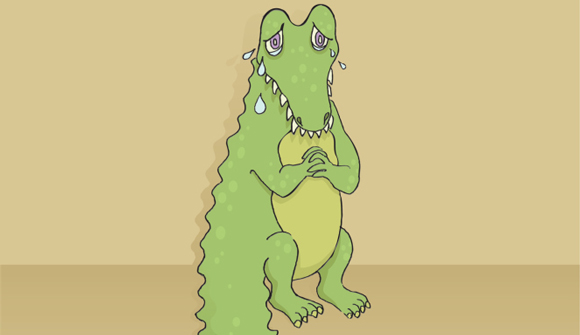 A review of the Federal Reserve's response to recent leaks about its bond-buying plans raises new questions about the central bank's efforts to police interactions with investors who can profit handsomely from inside information.

In January 2011, the Fed adopted new rules for dealing with breaches, after a private research firm published an account of the central bank's deliberations. Under the policy, an internal watchdog – the agency's inspector general – was responsible for conducting investigations.

But the next year, when a different research firm revealed details to its clients about a new round of bond-buying, Fed officials did not tell the inspector general or law enforcement about the breach. They spent nearly six months conducting their own investigation; they didn't find the source of the leak.

Then, in 2014, the Fed rewrote the rules, increasing the importance of such internal reviews and playing down the inspector general's role. – New York Times, June 4, 2015

That the Federal Reserve is an insular institution should surprise no one. Nor should the fact that it lets valuable information leak to the benefit of its friends.

This time, however, members of Congress are taking an interest in the matter, and the Fed is not happy about it. We see this in another news story that appeared the day after the NYT report quoted above.

Federal Reserve Chair Janet Yellen is balking at turning over some of the documents ordered by a key House lawmaker in his investigation of a possible leak of market-sensitive information.

Yellen has told Rep. Jeb Hensarling, R-Texas, who heads the House Financial Services Committee, that she can't provide some documents sought by his subpoena because doing so could jeopardize a criminal investigation by the Justice Department and the Fed's watchdog inspector general.

Yellen said the inspector general has told the Fed that the documents in question – which include records related to an earlier internal review by the Fed's general counsel – should not be provided.

"The Federal Reserve is mindful that we must not impede that open criminal investigation," Yellen wrote in a letter to Hensarling Thursday. – Associated Press, June 5, 2015

So, Janet Yellen is worried about impeding an open criminal investigation that she herself already impeded. In violation of its own procedures, the Fed did not notify its inspector general of the 2012 leak until six months after it occurred. Not surprisingly, the trail had gone cold by then.

In fact, the only reason anyone outside the Fed even knows about this incident is that the IG office received an anonymous tip six months later and launched its own investigation.

For Yellen to say, "The Federal Reserve is mindful" of the investigation it tried to avoid is one more example of the central bank's arrogance.

Unlike the quasi-private regional Fed banks, the Federal Reserve Board is unambiguously a government agency. It answers to Congress, at least in theory. Yet in practice the Fed is a power all its own.

The leak investigation is but one example. The Fed's first instinct when the leak occurred was to tell no one anything. That plan fell apart when the Inspector General got wind of the leak. Now Janet Yellen is using the IG investigation as an excuse not to release information to Congress.

Remember this the next time you hear Yellen talk about "transparency" and "accountability." Behind the platitudes, she has no interest in offering either.