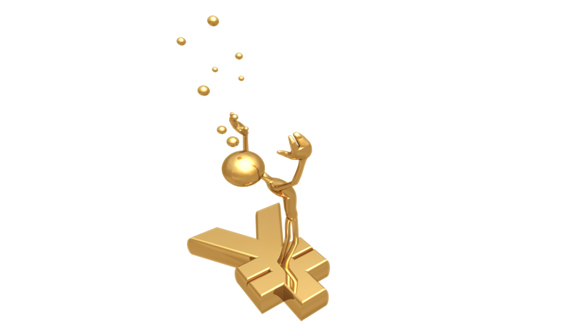 Japan's Warning to the World … Japan's renewed descent into recession – its sixth in the past two decades – comes with an urgent if obvious warning to the U.S., Europe and the rest of the developed world: Don't let this happen to you. Japan's famously stagnant economy may not be all that unique. True, Japan's predicament is exceptionally difficult. Extraordinary central-bank stimulus has helped boost markets, but hasn't been enough to prevent the economy from shrinking for two consecutive quarters. Prime Minister Shinzo Abe was right to postpone a planned sales-tax increase, but there's only so much that fiscal policy can do in a country with a giant government-debt burden. – Bloomberg editorial

Free-Market Analysis: This is an odd editorial because it seems to rewrite history. We thought "Abenomics" was supposed to be a bold experiment to revitalize the Japanese economy. But now it seems Shinzo Abe hasn't gotten it right after all.

This Bloomberg editorial seems to skip over the implosion of Abenomics in favor of a new "solution." But this is odd because Abenomics was the talk of the financial world for months. It WAS the solution. Only now it isn't.

Abenomics seems to have spectacularly exploded. Here, from a September analysis by Zerohedge:

Abenomics has lately suffered additional setbacks. It is "succeeding" only in one respect – the yen's purchasing power has plummeted. GDP has just declined by 7.1% annualized last quarter, reversing the gains of the previous quarter and then some. Both the previous quarter's reported growth and the subsequent decline have partly been the result of a sales tax hike, so they have to be taken with a grain of salt. It is however conspicuous that virtually every economic datum released since April has come in "worse than expected" – in many cases, much worse.

The much talked about advantages which devaluation secures in foreign trade and tourism, are entirely due to the fact that the adjustment of domestic prices and wage rates to the state of affairs created by devaluation requires some time. As long as this adjustment process is not yet completed, exporting is encouraged and importing is discouraged. However, this merely means that in this interval the citizens of the devaluating country are getting less for what they are selling abroad and paying more for what they are buying abroad; concomitantly they must restrict their consumption. This effect may appear as a boon in the opinion of those for whom the balance of trade is the yardstick of a nation's welfare.

In plain language it is to be described in this way: The British citizen must export more British goods in order to buy that quantity of tea which he received before the devaluation for a smaller quantity of exported British goods.

We can see from this that Abenomics was imposed at least in part to benefit a few multinationals at the expense of the majority of Japanese savers. In any event, even this unspoken goal seems to have failed spectacularly, with Japan supposedly entering another recession. The Bloomberg editorial admits as much:

This leaves Abe with the difficult task of pushing through much-needed structural reforms – such as exposing farmers to competition and increasing the role of women and foreigners in the labor force – in the midst of an economic slump.

How did Japan get here? Although by some measures the country's economic performance over the past 20 years hasn't been as bad as it seems, most economists agree it would have been much better if Japan had done two things after its asset-price bubble burst in the early 1990s: pursued a much more ambitious fiscal stimulus program, and moved quickly to force banks to recognize losses and recapitalize.

… Japan's challenges in the early 1990s bear a striking resemblance to those of the broader developed world today. Government spending programs in the U.S. and Europe have fallen short of what the International Monetary Fund says is needed to reinvigorate growth. Banks are undercapitalized, contributing to a malaise that has seen euro-area business lending shrink for two years straight. Economists are warning of an extended period of stagnation unless governments act to increase potential growth – by investing in infrastructure, encouraging more people to join the work force and promoting competition.

Always it is government that must act. It never seems to occur to the scribblers of these mainstream articles that government doesn't create jobs or produce wealth; the private sector does.

No, the "malaise" throughout the West, of which Japan, too, has been a victim, will NOT be lifted by infrastructure investment, nor by "promoting competition" or even by swelling the work force.

All of these solutions – if dependent on government action – cannot yield long-term success. The best thing Japan could do would be to leave the monetary economy alone for the moment while reducing fiscal and regulatory interferences. Ideally, Japan would act to reduce if not eliminate its monopoly central bank, but that is probably the hardest reform to initiate.

The article also mentions the agreement recently reached by the Group of 20 meeting in Brisbane, Australia. We have previously commented at length on this meeting, which produced a hodge-podge of stimulatory pledges worth some US$2 trillion. None of these, we postulated, would do anything of substance to shift or lift the world's economy.

The Bloomberg editorial nonetheless praises these initiatives and suggests that Japan ought to produce similar ideas. "The leaders of the world's largest nations have a pretty good idea of what needs to be done. What's lacking is political will. Maybe a look at Japan's experience will provide some."

Lord, help us. We can see from this final quote that the editorial, in using Japan as a cautionary example, is focusing on government action as the palliative. This provides us with a kind of cognitive dissonance, for Japan's problems are the RESULT of government activism.

Japan provides a salutary caution because of its fiscal and monetary activism, not because its elites have done too little or have not done the right things.

In fact, there are no "right things" to be done. Bloomberg was certainly a backer of the Keynesian stimulus that was Abenomics. Now that it has proven a failure, Bloomberg editors are suggesting other government activities that can stimulate Japan's moribund economy.

Monetary stimulus hasn't worked so the next option is Great Depression work projects. History, however, shows that such make-work programs are extraordinarily expensive and are simply a stopgap intended to keep people busy and solvent until the "real" economy kicks in.

Most Western economies are so chock full of regulations, taxes and uncirculated currency that expecting "real" economies to assert themselves is likely wishful thinking.

There is a solution to what ails the West – and the world, in fact. It involves some simple but radical surgery. Remove central banks, lower or eliminate taxes and minimize the modern disease of regulatory democracy.

Unchain the Invisible Hand of competition and watch prosperity soar. The Bloomberg article mentions some of this, but most of its suggestions imply tinkering at the edges. The emphasis is still on government activism rather than a reduction of government.

A radical rethinking of regulatory democracy is surely necessary as global economic dysfunction drags into its seventh year. But the mainstream media itself uses rhetoric that clearly indicates such a rethinking is not being contemplated by those with significant power.

And thus, the West's and the world's economies will continue their slow unwinding, much as Japan's is doing. There is no salvation in government action. Only individual human action is truly effective, as Austrians have long suggested.

Like politics, all economics is local. And as Voltaire has observed, the best medicine for failing prosperity is to tend to one's own "garden."