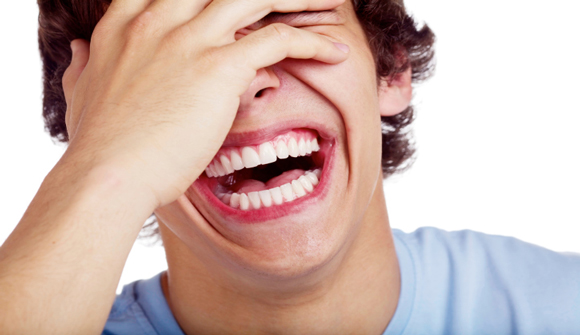 U.S. jobless claims fall, holiday retail sales rise. The number of Americans filing new claims for unemployment benefits fell last week to the lowest level in nearly a month, a hopeful sign for the labor market, while holiday retail sales rose in November and December. While the holiday season has made recent claims data so volatile it has been difficult to interpret, Thursday's report showed claims continue in a range that supports expectations for faster economic growth next year. – Reuters

Dominant Social Theme: Hey, things are great – even though they may not be.

Free-Market Analysis: More absurdity from Reuters: The writers and editors want to lead with an upbeat jobs report but then a few grafs later they're admitting "the holiday season has made recent claims data so volatile it has been difficult to interpret."

Twenty years ago we didn't get it. Ten years ago we started to smell it. Today we know without doubt these sorts of reports are mostly promotional mumbo jumbo.

These stats can be offered any way that the media and officials in charge want to spin them. And, of course, these days the bias is always upwards.

There are obviously forces orchestrating what we call a Wall Street Party: the JOBS Act that is force-feeding green startups into the larger market; the selection of Janet "Ms. Liquidity" Yellen as Fed head; the fracking craze that is giving at least the impression of cheaper energy around the world.

That's just a small part of it. We're supposed to believe everything is getting better after the 2008 downturn. Of course, what's not mentioned is that the entire business cycle has been short-circuited.

Use the 1970s as an example. This is, say, 1977 – and the Golden Bear cycle has another five years to go. But those who orchestrate these manipulations are trying to convince you that's its 1983 – and a great booming market is about to commence.

And thus the Western media is relentlessly upbeat about the world economy. China may have overbuilt until it's erecting whole empty cities but that's not being covered in the mainstream media.

The excesses are not mentioned. Instead, Keynesian economics – illogical and unsustainable – rules the day. The idea is that central banks stimulate and somehow this extra money finds its way into the economy where it creates employment.

All right. In a sense it does. The money flows into markets and investing, creating asset bubbles. As these bubbles mature, "jobs" begin to be generated. But the jobs don't last that long because money flows have already destabilized the asset base.

Best case, entire economies reinflate but what is never explained is that the asset inflation is a distortion, and that jobs created this way often have little chance of lasting.

Whole industries, in other words, are generated via central banks "dreamtime" as we call it, including variants of the financial advisory industry, tech/software, the military-industrial complex, etc.

Without central bank money stimulation the modern corporation itself wouldn't exist. None of this is ever explained in modern economic textbooks, and certainly none of it finds its way into government job "figures" that observe "job creation" as if such statistics were either viable or meaningful, though they are neither.

Claims for the prior week were revised to show 1,000 more applications received than previously reported. Economists polled by Reuters had expected first-time applications to fall to 345,000 last week. The claims report showed the number of people still receiving benefits under regular state programs after an initial week of aid rose 46,000 to 2.923 million in the week ended December 14.

This analysis, above, is taken from the last graf of the Reuters article. Thus, the article is a bit like a sandwich with at least two questionable layers.

The first one we have already pointed out at the beginning of this article. The writers state that statistical reports related to jobs claims are too "volatile" to yield up any credible information.

Then, at the end of the article, comes a further admission that jobs statistics were headed the wrong way – with applications for unemployment benefits actually going UP.

So we have jobs report volatility that Reuters admits makes a hash of any interpretation. And we have the final zinger, which Reuters waits to plant at the end of the article that jobless claims actually went up.

Of course, all of this is subject to further revision – and no doubt revisions will reinforce the point that the economy is getting better.

See? You can't have a raging stock market in the middle of a Depression. We're supposed to believe that the Golden Bull metals cycle is over and we're perched on the edge of an equity explosion.

That's what's being orchestrated. They'll have their Wall Street Party one way or another. Then let the misery begin.

And in the meantime, we're not supposed to notice that the mining stocks have not yet blown off. In other words, the cycle is far from complete.

And jobless jokes won't make it so.