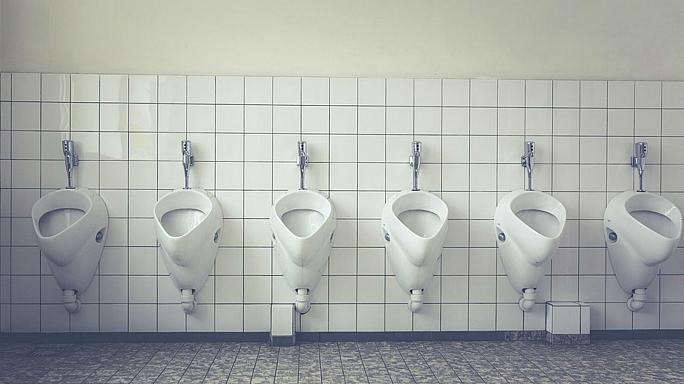 We found the difference between men and women. It took years of study, professional research, and a scholarly article to pinpoint the cause. Ready for the bombshell? Men have penises.

Today we are going to delve into one of the lesser known ways men use their penises to oppress women.

The government is always trying to entice more women into STEM fields: science, technology, engineering, and math. But researchers have finally cracked the code on why despite the best efforts, men are still vastly overrepresented in scientific fields like physics.

Now we know that boys’ natural advantage in physics comes from peeing. A scholarly article has detailed the theory. The authors suggest that boys gain a practical knowledge of the physics of projectile arcs by having the natural opportunity to manipulate arcs of urine several times daily.

Because boys enjoy such activities as writing their names in the snow and finding high rocks to pee off, they have a massive head start in understanding advanced sciences.

All this is experienced up to five times a day, so by 14, boys have had the opportunity to play with projectile motion around 10,000 times. And 14 is when many children meet formalised physics in the form of projectile motion and Newton’s equations of motion for the first time.

All joking aside… their conclusion does make some sense. After all, Newton is said to have come up with the theory of gravity through observation–but of an apple falling, not peeing.

The real silliness is proposing to do anything about it. Luckily the authors don’t suggest castrating boys to even the scientific playing field. They suggest rearranging education curriculum.

The paper says that most advanced physics lessons start with projectile motion. By starting with a subject that–as they argue–favors the natural experience of males, women are more likely to fall behind at an early age. If classes started with a physics subject matter equally alien to both men and women, then women might not be so discouraged. They would be more likely to go further in the sciences, instead of feeling inferior to their classmates who quickly relate the complicated science to a pissing contest.

If girls’ experiences of formal, mathematically codified physics start with a topic that males have already experienced more learning in relation to, it is perhaps unsurprising that both students and teachers construct conceptions of boys as having deeper understanding and being more naturally suited to physics.

Of course, there is no simple way to provide girls with the same opportunities for exploring projectile motion that boys have in playing with pee. Nor do we suggest that projectile motion not be taught or assessed…

However, we can make a change: it’s not necessary for physics curricula to begin with projectile motion. Other topics, such as energy conservation, which is more central to physics, could be taught first instead.

Of course, another thing that could happen is fewer people, boys and girls, would advance in a confusing subject. Already fewer and fewer westerners seem to choose advanced fields like engineering and physics. Why discourage anyone by starting with something less relatable? It could be that instead of keeping more girls in the subject by switching the order things are taught, they instead scare away everyone.

So instead I propose that public schools everywhere distribute the following product to girls: the Go Girl. It allows women to pee standing up. You may want to invest heavily in the company in anticipation of their massive sales to all public school girls.

Modern people just cannot seem to face the facts that men and woman have natural differences. That is not always a problem in need of solving.

There may very well be natural advantages that one sex has and the other does not. When it comes to potential career fields, perhaps men have an advantage in some and women in others.

But why would we seek to cripple a man’s advantage? If boys get natural experience in projectile motion by peeing, great! Start with that subject in physics, because it is something they can relate to. They can more easily get the hang of it, and let their curiosity draw them in further.

That doesn’t mean girls can’t be interested in physics. Separate the physics classes if need be, and start with a different subject.

But don’t handicap the boys in the hopes that it will make the subject more interesting to girls.

All too often “leveling the playing” field means bringing everything down to the lowest common denominator.

Their solution to boys’ natural advantage in physics will not mean more girls join the field, it will mean fewer boys do.