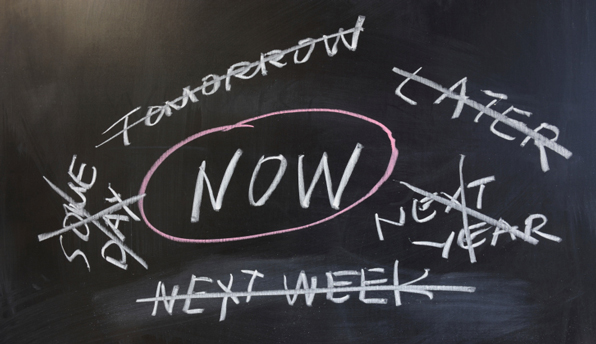 Kerry urges US envoys to make climate change a priority … US Secretary of State John Kerry has called on American ambassadors around the world to make the fight against climate change a top priority ahead of new UN talks next year. In his first department-wide policy guidance statement since taking office a year ago, he told his 70,000 staff: "The environment has been one of the central causes of my life … Protecting our environment and meeting the challenge of global climate change is a critical mission for me as our country's top diplomat," Kerry said in the letter issued on Friday to all 275 US embassies and across the State Department. – AFP

Dominant Social Theme: We take climate change seriously at the top levels of government. It's that important. And we WILL do something about it.

Free-Market Analysis: We've been writing about climate change a lot because we think the strategy behind this meme has morphed. We see a new wrinkle.

Of course, globalists want to promote climate change as a way of controlling carbon dioxide in the air – and thus controlling industry. This has always been the plan. But the plan was derailed by an email leak that showed fairly clearly that global warming was a hoax. It illustrated the way the global warming promotion was controlled at several powerful chokepoints.

The UN was one of them and a journal run by top warmists was another. Because the controlled mainstream media only recognized a few "credible" voices, it was relatively easy to keep other opinions at bay.

This all changed when the emails were leaked, showing how the scam worked. Even the famous "hockeystick" graph showing global warming's alleged rapid rise over time was debunked.

The global warming movement never recovered. But the globalists behind these promotions are a resourceful and stubborn lot.

They soon came up with a new idea called "climate change." At the time, we recognized the addition of another power elite theme but we were not sure of the import.

Now we are surer.

Our hypothesis is that the weather manipulation technology developed surreptitiously for "military" purposes could be wielded to create various climate disasters.

These could include tsunamis, hurricanes, even prolonged droughts or floods. One way this may be accomplished is by using radiation or other means to heat the atmosphere, thus creating or redirecting weather patterns.

High-tech sites like HAARP have come under suspicion of being part of such a strategy.

We are not firmly stating this is occurring. We are presenting a hypothesis, and one we wish we didn't have to offer. But in an era where the power elite spies comprehensively on its own people via the NSA or investigates them via myriad Intel agencies while launching surreptitious wars to create chaos and further militarize society, well … almost anything is possible.

The technology DOES seem to be available. We wrote about it just the other day …

There is, in fact, a group of monied internationalists that controls central banking and is determined to create increased global governance. Thanks in large part to the Internet, there is simply too much evidence to ignore.

This group uses fear – and fear-based dominant social themes – to frighten Western citizens into giving up power and control to international facilities like the UN, IMF, etc.

Climate change is a very useful meme in this regard because it provides numerous justifications for elites to further control the general populace, entrepreneurs, travel, power generation, etc. The more control these elites have, the easier it is for them to expand governmental powers for purposes of initiating further globalism.

It is obviously a complex process. But if you can build a meme around climate change – and give the appearance that it is taking place – then you can begin to use government to implement further energy controls, taxes and global climate regulation, since the problem itself is supposedly global.

This kind of process is what we call "directed history." Elites create a problem, document it and then use government to propose and implement solutions.

And right on time comes John Kerry, calling on those "on the frontlines of direct diplomacy" to do their part to reduce climate change. Here's more from the article:

"It's also a critical mission for all of you: our brave men and women on the frontlines of direct diplomacy," he added in the document seen by AFP. He urged all "chiefs of mission to make climate change a priority for all relevant personnel and to promote concerted action at posts and in host countries to address this problem."

The clarion call comes ahead of key UN-led talks in Paris next year when the international community is due to try to set new emissions goals for greenhouses blamed for global warming. The emission levels will be applicable to all countries, not just the developed world, and will come into effect in 2020.

The new agreement will replace the Kyoto treaty which is due to expire in 2015. The United States, which along with China is the world's top polluter, did not ratify the Kyoto Treaty arguing that developing countries should also be obligated to cut greenhouse gases.

Kerry travelled to China last month and won agreement from Beijing that the US and China would cooperate closely ahead of the Paris talks as they aim to agree emissions targets. In his policy guidance, Kerry set out a seven step program to enhance the focus on tackling climate change including boosting multilateral and bilateral efforts.

"We're talking about the future of our earth and of humanity. We need to elevate the environment in everything we do," he said. It was, he said "our call to conscience as citizens of this fragile planet we inhabit."

In a sense, Kerry is correct. The climate always changes. But only in the Dark Days of modernity do we have to confront changing weather patterns as if they were global disasters worthy of a global response.

Have the elites reignited this theme? Is weather going to be manipulated and disasters created? Will the mainstream media play up the problems as if they are endemic?

The best part of this plan, from the point of view of the power elite, would be that it takes relatively few such disasters to give the impression of destructive climate change.

They could orchestrate the entire promotion like a Hollywood movie.

So stay tuned for various "weather-related" disasters that will be covered hysterically by the mainstream media. And watch out for charlatans like Al Gore as well and John Kerry. They should begin to agitate for more government solutions and eventually for additional global regulation aimed at carbon reduction.

The groundwork has been laid – or so it seems. Now all that is left is to put the plan into action. Rev up government activism, push forward UN resolutions and create various "climate crises" along the way just to keep the process moving forward.

Is this too cynical a view of things? Is our hypothesis overly "conspiratorial"?

Tell us what you think.

We hope we're over-analyzing this. We fear we're not.