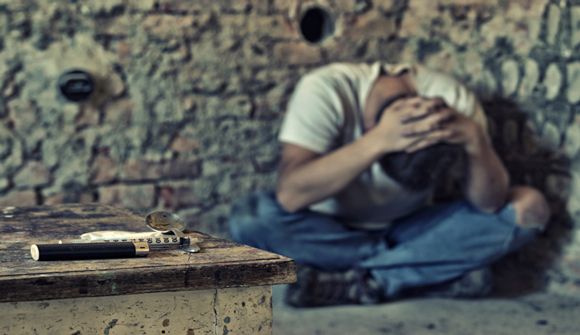 Africa and Around the World … Experience has shown that force alone cannot reduce the drug supply or the criminality and corruption that it induces. – Kofi Annan, Chair of the Kofi Annan Foundation via Vice magazine

Dominant Social Theme: We were wrong. But let's not dwell on the past.

Free-Market Analysis: Leaders in high places around the world are making it clear that the drug war is in a sense "over" – and all that is left to do is wind it down.

Of course, if you ask the millions who have suffered from the drug war and their families, the "war" is an all-too-literal presence. For them, there is no winding down, or not yet.

But Kofi Anan seems convinced that the war is won – or if not won, he is indicating that it needs to be discarded so a new approach can be tried.

Governments that focus on drug users and small-time dealers often create an unsustainable burden on their criminal justice systems while ignoring the health and social problems that have emerged with increasing levels of trafficking, consumption, and production, which goes on unabated.

By 2013, the situation had become so alarming that I decided to convene the West Africa Commission on Drugs (WACD), chaired by former Nigerian President Olusegun Obasanjo, with a membership of distinguished West Africans drawn from diverse sectors of society.

Interesting. Mr. Anan says he "convened" a commission on drugs because he had become "alarmed." From our point of view, Mr. Anan and others pursuing this change of direction could have become alarmed decades ago.

The idea that the drug law began failing evidently now as opposed to then is puzzling to anyone who examines it clearly.

Nonetheless, progress is progress. It is good to see high-level individuals make the case for drug legalization and treatment rather than for continued criminalization and incarceration.

Anan's rhetoric in this editorial is actually quite strong. He calls current policies ineffective and "actually detrimental." He adds that, in Africa at least, the supplies of drugs were actually rising rather than falling.

And then we come to this: "Drug users need help, not punishment."

He goes on to say that the commission has recommended that drug use ought to be approached from a public health standpoint and that punitive actions ought to be taken only as regards "big time traffickers."

There are some compelling clues in this editorial for those interested in such things. Anan's emphasis on public health provides us with an insight into how drug enforcement may be positioned in the near future: Via government initiated public health efforts.

Anan also mentions the Ebola crisis, pointing out that the crisis showed definitively that "supporting West Africa's health infrastructure is in everybody's interest."

Toward the end of his article, Anan seems to be suggesting a public-private partnership when it comes to drug policies. Government cannot solve every problem, he cautions. Civil society must be "involved," too – and also the "international community."

This reinforces what we have suggested in other analyses: Internationalists are positioning global problems that can be ameliorated by global solutions. This, of course, brings pan-global facilities into play and encourages the growth and proliferation of international solutions.

Anan may be providing us a road map here. Internationalist public health organizations are going to take the lead when it comes to the drug policies of the future.

Additionally, public-private partnerships are going to be forged to confront the problem. Finally, there will be an emphasis on the "international community" and criminal prosecutions will be focused only on the largest players.

We often speak of Big Pharma or Big Agriculture. Will we someday be referring to the "Big Drug" complex? Progress? Maybe not enough.