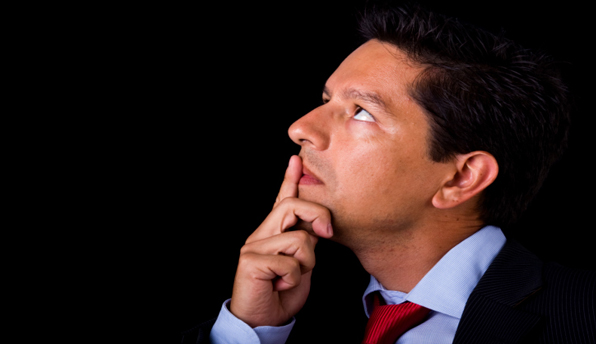 The right agenda for the IMF … The world's finance ministers and central bank governors will gather in Washington this week for the twice yearly meetings of the International Monetary Fund. Though there will not be the sense of alarm that dominated these meetings after the financial crisis, the unfortunate reality is that the global economy's medium-term prospects have not been so cloudy for a long time. The IMF in its current World Economic Outlook essentially endorses the secular stagnation hypothesis — noting that the real interest rate necessary to bring about enough demand for full employment has declined significantly and is likely to remain depressed for a substantial period … A proper growth strategy would recognize that an era of low real interest rates offers opportunities as well as risks. It should focus on the promotion of high-return investments, rather than seeking to encourage investments that businesses find unworthy at current rock-bottom rates. – Larry Summers, Reuters Opinion

Dominant Social Theme: Let's DO something. Let's make sure we don't wait for markets to act. We're smarter than that.

Free-Market Analysis: Reading this article by top economist Larry Summers, one is reminded of just how debased the monetary conversation is these days.

Yes, the Great Recession is not over, and credit to Mr. Summers for acknowledging that. But what is his solution? Incredibly, it seems to be that weary nostrum called "pump priming," though he has dressed it up in fancier terms.

He writes: "A proper growth strategy would recognize that an era of low real interest rates offers opportunities as well as risks."

Is Summers addressing his remarks to individuals in the marketplace? Nope … Summers, ever the elitist, is promulgating what it is that "policymakers" ought to be doing.

… Inflation is well below target throughout the industrial world and is likely to decline further this year. Without robust growth in industrial world markets, growth in emerging markets is likely to subside — even without considering the political challenges facing countries as diverse as Brazil, China, South Africa, Russia and Turkey.

Facing this inadequate demand, the world's key strategy is easy money. Base interest rates remain essentially at floor levels across the industrial world and central banks signal that they are unlikely to increase anytime soon. Though the United States is tapering quantitative easing, Japan continues to ease on a large scale and Europe seems to be moving closer to starting it.

This all is better than the tight money policy of the 1930s that made the Great Depression great. But it is highly problematic as a dominant growth strategy. We do not have a strong basis for assuming that reductions in interest rates nominal or real from very low levels will have a major impact on spending decisions.

… A strategy of indefinitely sustained easy money leaves central banks dangerously short of response capacity when and if the next recession comes.

… In the United States, the case for substantial investment promotion is overwhelming. Increased infrastructure spending would likely reduce burdens on future generations. Not just by spurring growth, but by expanding the economy's capacity and reducing deferred maintenance obligations.

As just one example: Can it possibly be rational for the 21st-century U.S. air traffic control system to rely on vacuum tubes and paper tracking of flight paths? Equally important, government could do much at no cost to promote private investment — including authorizing oil and natural gas exports, bringing clarity to the future of corporate taxes and moving forward on trade agreements that open up foreign markets.

… Strong actions are imperative to restore the banking system to the point where it can be a conduit for a robust flow of credit as well as measures to promote demand in the periphery nations where competitiveness challenges remain.

… These include, most importantly, political steps to reassure against populist threats in a number of countries and provide investor protection and backstop finance. In this regard, the U.S. Congress's passage of IMF authorization is crucial. Creative consideration should also be applied in mobilizing the trillions of dollars in public assets held by central banks and sovereign wealth funds, largely as safe liquid assets, to promote growth.

Dear reader, what kind of nonsense is this? It's really incredible. Does Summers realize this is the 21st century?

Summers and his colleagues have made a living – a damn good one – as apologists for state power. Leviathan's every destructive move is never analyzed by people like Summers. Instead, they treat the state's serial disasters as a jumping off point to argue for MORE state action.

This is how Summers can make the case that "trillions of dollars in public assets" ought to be "mobilized." The mobilizing ought to be done by the power elite, of course – globalist bankers and their political henchmen.

Summers and people like him simply cannot conceive of an economy that doesn't have significant command-and-control elements.

Summers can write these editorials for Reuters, but we wonder how many people take them seriously anymore other than Summers' own colleagues and elements of the mainstream press (such as the Reuters editors that commission them).

A little more than a year ago, we wrote the following:

A Pew Survey has found that three-quarters of the United States population doesn't trust government … From our point of view, it is … a manifestation of a larger disaffection that has been exacerbated by what we call the Internet Reformation. The Internet allows people to understand their world in ways they didn't before and tends to put discontent into a larger perspective.

Summers is said to be one of the "best and brightest" of his generation, yet he can do no better when it comes to addressing this endless Great Recession than to suggest various Keynesian big government solutions that have never even really been tried because it is so obvious they don't work.

The corporatism and authoritarianism that Summers so eloquently and determinedly represents is on the wane in the 21st century. In fact, people and their governments are moving in opposite directions. This is one dominant social theme that the power elite has not had a hand in creating and would dearly like to reduce or eliminate.

The IMF meeting will take place in Washington, as Summers mentions, and perhaps leaders there will endorse some of Summers' ideas. But this will only further highlight the divide between ordinary people and those who presume to make decisions for them.

There are conflicting trends emerging – and these trends are powerful, even unstoppable. The West is destined to live through some interesting times.