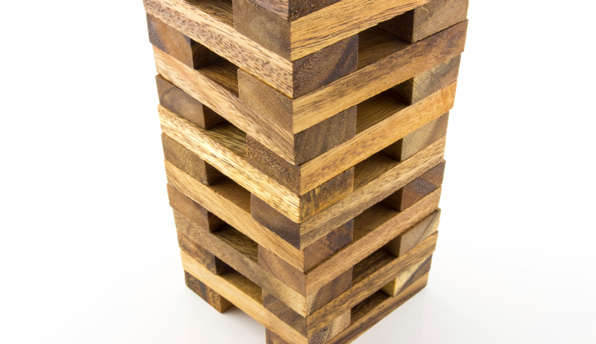 Feds launch contest to tout wood skyscrapers as 'global warming' mitigation tool … 'Programs are both part of the Obama administration's Climate Action Plan' … The Agriculture Department announced the launch today of a prize competition for high-rise wood architecture and a training program to support the use of wood in buildings. – Climate Depot

Dominant Social Theme: We need to build with wood to combat climate change.

Free-Market Analysis: It's hard to believe this meme is taking off, but apparently it is. Just as with electric cars, there is no single person – not one – who woke up in the morning determined to live in a skyscraper made of wood.

But nonetheless, the power elite that is behind these sorts of radical readjustments of futurity has apparently decided that the wood skyscraper is not only feasible, it is imminent.

The problem these skyscrapers address? That is always the same: global climate change brought about by manmade carbon "pollution."

The department will invest up to $1 million and has received an additional $1 million from the Binational Softwood Lumber Council for the prize competition, which will be announced later this year.

It will be open to developers, institutions, organizations and design teams that can demonstrate that wood is architecturally and commercially viable in skyscrapers. The Forest Service will operate the $1 million training program in partnership with the nonprofit group WoodWorks.

USDA said the programs are both part of the Obama administration's Climate Action Plan and a new initiative to promote products made in rural America. The secretary announced the new programs at a meeting hosted today by the White House Rural Council.

Concerns about fire safety, structural weakness, cost and design restrictions have limited the use of wood in tall buildings. But wood skyscrapers are becoming a more popular concept worldwide as concerns about climate change grow.

According to USDA, three- to five-story buildings made of wood can have the same greenhouse gas emissions impact as taking 550 cars off the road for a year. …

Predictably, rent-seeking is behind this strange evolution. And while many of the worst abuses of mercantilism come from the US, in this case the impetus is Canadian.

Here's a description of the "need" for wooden skyscrapers from the Globe and Mail, and also a succinct explanation of how this need was enshrined into law:

The most compelling reasons to turn to wood are environmental, according to Green. "Steel and concrete were fine until climate change came along," he says. As he writes in his report, "A typical North American timber-frame home captures about 28 tonnes of carbon dioxide, the equivalent of seven years of driving a mid-size car or about 12,500 litres of gasoline."

Most of the momentum for tall wood buildings in Canada comes from B.C., the heart of Canada's lumber industry. In 2009, under former premier Gordon Campbell, the province launched the Wood First Act, which requires the use of wood as the primary building material in all new provincially funded buildings.

That same year, the province's building code was changed to increase the limit on wood residential buildings from four to six storeys. (A private member's bill in Ontario seeking the same change was in the works prior to the prorogation of the legislature.)

Years ago, this sort of unholy alliance between the government and trade groups might have been cast in a bit more of a notorious light. But that was then: These days, the Globe and Mail accepts it as simply another permutation of civic virtue.

Of course, we are told that said edifices are "safer" in the modern era because various kinds of compressed wood, when utilized in conjunction with efficient sprinkler systems, provide foolproof ways of reducing potential fires while adding strength.

But who knows if this is really true? And why is it necessary to find out? The articles also tell us that concrete and steel have become a good deal more expensive and that therefore building with wood has become a viable alternative. Funny, we always thought a main ingredient of concrete was sand. Is sand expensive now?

Wood stopped being used in cities mainly because when cities began to burn, wooden buildings inevitably added to the conflagration. In the US, whole cities used to burn down. San Francisco and Chicago come to mind.

But no matter. The globalists that want to return the world to some sort of misguided Druidic paradise are surely behind this movement to build skyscrapers out of wood.

It makes no more sense than climate change itself. But doubtless that won't slow it down.