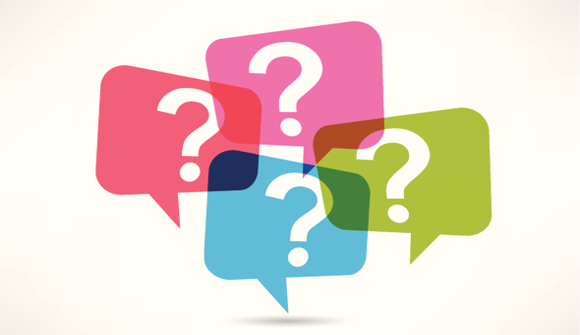 American Mystery Story: Consumers Aren't Spending Even In a Booming Job Market … It's an American mystery story: More people have jobs and extra pocket money from lower gas prices, but they aren't buying as much as economists expected. – Bloomberg

Free-Market Analysis: Is it really a mystery why people aren't spending? The numbers that the mainstream media uses are "cooked" and thus the conclusions that can be drawn from those numbers are faulty as well.

For Bloomberg editorialists the idea that their data is faulty never seems to occur. On the other hand, the head of Gallup recently stated that the employment numbers in the US were far worse than what the government was stating. Perhaps that article didn't get passed around at Bloomberg's editorial desk.

So here we go again. This is yet another article that takes government statistics at face value and treats the larger economy in a simplistic fashion. Data in … results out. The writers are mystified that the data isn't generating the right results.

The government's count of how much people shelled out at retailers fell in February for a third consecutive month. Payrolls are up 863,000 over the same period.

The chart below shows retail sales and payrolls generally move in the same direction, until now. The divergence could portend lower levels of economic growth if Americans' usually reliable penchant to spend is less than what it once was.

Why would retailers be hiring and boosting hours if sales are falling? Perhaps because they are not? Or at least, perhaps because the government figures give an impression of the economy that is rosier than reality?

There are excuses, of course. Ben Herzon, a senior economist at Macroeconomic Advisers LLC, believes that the cold weather in February may have depressed consumer spending. He believes that people stayed inside and purchased things online – leading to an upward blip in online buying generally.

Herzon also believes that lower gas prices have depressed government statistics regarding sales. In other words, economic activity is GREATER than what's been reported. If this is the case, March should be better than February. Weather is better and gas prices have risen a bit.

But mainly, Herzon and others believe the employment figures. The article quotes him as saying, "Payroll employment has been great, and it is generating a lot of labor income that you think would be spent … Our story would be wrong if it doesn't happen."

But who can trust these numbers? Last year, John Crudele at the New York Post published a long expose of US Labor Department manipulations, entitled, "Labor Dept. acts to hide older data in job surveys."

The thrust of the article was that the data being collected by government workers was sloppy and inaccurate. Workers wouldn't actually conduct household interviews but fill in their reports with older figures or possibly even make them up.

This whole controversy began when a Philadelphia Census worker, Julius Buckmon, was caught falsifying surveys and — most important — his wrongdoing was covered up.

Worse, Buckmon alleged that supervisors told him to cheat.

Other Census sources have also told me that data is falsified all the time. And since Census polls for lots of different government agencies, including the Justice Department, the problem could be bigger than anyone can imagine.

ZeroHedge posted an article in mid-2014 quoting the Post article but also adding in information from ShadowStats, the research firm that attempts to adjust for US government numbers by using various proprietary formulas.

The Federal Reserve would have us believe that the unemployment rate in the U.S. has fallen from a peak of 10.0 percent during the recession all the way down to 6.3 percent now.

But according to shadowstats.com, the broadest measure of unemployment is well over 20 percent and has kept rising since the end of the last recession. And according to the Federal Reserve's own numbers, the percentage of working age Americans with a job has barely increased over the past four years…

Of course, that was last year. This year, perhaps, things have improved. Or perhaps government numbers have become more trustworthy. (Not likely.)

Another possibility – granted that employment numbers are up – is that consumer behavior is simply different after a six-year Great Recession. People are well aware of their precarious financial situations and don't want to spend. They want to save.

In any event, we don't find any of this mysterious. The economy probably isn't nearly as good as government numbers claim it is. And consumers generally remain wary of an expansion that could lapse again as it has before.

Who can blame 'em? At the very least US government numbers ought to be treated according to that old adage, "Trust but verify."