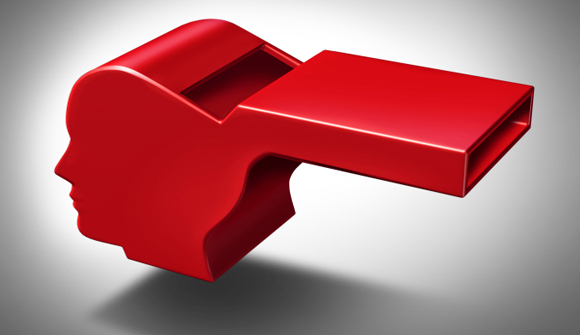 STAFF NEWS & ANALYSIS
Laws Do Not Make Us Free and Neither Do Whistleblowers
By Daily Bell Staff - January 21, 2016

Cruz shifts on Edward Snowden … Republican presidential hopeful Ted Cruz … said National Security Agency leaker Edward Snowden is a “traitor” who should be “tried for treason,” shifting away from the praise he expressed for Snowden in 2013. – The Hill

Dominant Social Theme: Off with his head.

Free-Market Analysis: Politics is a truly brutal sport. Most of the time when people change their opinion of something, the ramifications are not life-threatening. But when a prominent politician does it, he can end up demanding that someone forfeit his very existence.

This is the case with GOP presidential candidate Ted Cruz who last week decided to label Edward Snowden a traitor, by implication calling for Snowden to be subject to capital punishment.

Worse, Cruz made his statement not out of conviction apparently, since he’d previously been positive about Snowden’s actions, but in part because he was receiving criticism from a rival, Marco Rubio.

“If it is the case that the federal government is seizing millions of personal records about law-abiding citizens, and if it is the case that there are minimal restrictions on accessing or reviewing those records, then I think Mr. Snowden has done a considerable public service by bringing it to light,” he said at an event hosted by The Blaze in 2013.

Cruz has been hit by GOP primary rival Sen. Marco Rubio (R-Fla.) for supporting the USA Freedom Act, which curtailed U.S. intelligence-gathering capabilities in light of the Snowden revelations.

Rubio made his statement to ABC’s “This Week” while Cruz responded to The New York Times. Both statements received considerable notice in the mainstream media and also in the blogosphere.

Sen. Ted Cruz (R-TX), quoted in the New York Times on Wednesday, says that whistle-blower Edward Snowden, who revealed the extraordinary scope of the United States government’s mass surveillance program, is a traitor who should be tried in court for the treasonous act of “giving aid to our enemies” … Can’t Cruz have the decency to just state his opinion without hiding behind and muddying the Constitution?

The article goes on to provide a “succinct” answer to Cruz that Ron Paul actually made in a Facebook post in June of 2013:

“My understanding is that espionage means giving secret or classified information to the enemy. Since Snowden shared information with the American people, his indictment for espionage could reveal (or confirm) that the US Government views you and me as the enemy.”

The article also points out that the US has not identified any “enemies” to whom Snowden is providing “aid.” That’s because Congress has never declared a single war since World War II. No enemies … no treason.

But the fundamental contradictions run even deeper than this. Defenders of the current US system like to point out that “America is a country of laws.”

In fact, this is a tepid endorsement at best. As we have seen recently with a variety of government scandals, laws do not necessarily apply to government employees, only to “civilians.” And just because a sociopolitical system has produced a “law,” doesn’t mean that law is just or necessary.

Laws can be oppressive and wrongheaded. There is nothing magical or liberating about the production of laws. If one were to call “America” a land of “liberty,” the emphasis might be far more appropriate. It is not laws that make a place tolerable or promising but our freedoms. Snowden was revealing government criminality and logically should not be punished for it.

There is yet a further not often discussed issue regarding Snowden, a far more controversial one. That is that a minority within the alternative media community don’t consider Snowden to be a real whistleblower. These individuals believe Snowden’s story to be false and that he is actually an intelligence agent.

The idea would be that Snowden’s tale removes attention from real whistleblowers. Additionally, by leaking selective information, Snowden performs a valuable intelligence task, as certain Anglosphere intelligence powers wanted US citizens (and citizens of the West generally) to know they were under surveillance. In other words, the Snowden “psyop” was intended to intimidate the very citizens he was supposedly helping!

Snowden WAS a CIA agent at some point: That is fact. Supposing that he has remained a CIA operative is therefore not so far-fetched as it might seem. Another double agent often mentioned is Julian Assange. Don’t believe it? Consider, please, what Anglosphere intelligence operatives are capable of doing and the “big lies” they are capable of telling.

In the US, operation Mockingbird embedded CIA agents with reporters for such publications as TIME, the Washington Post and The New York Times. It is claimed that Mockingbird died with the end of the Cold War. Do you believe it?

The antidote to so much confusion and suspicion is not more laws … but liberty. And liberty is not bestowed by the state. One must, one way or another, seize one’s liberty on one’s own. One must, in other words, “live free in an unfree world.”

Laws will not bestow liberty. Nor, for the most part, will prominent whistleblowers because their tales may be too good to be true. If it reads like a Hollywood script, it’s probably wise to be skeptical.

Trust what’s around you, what you can personally investigate and utilize. Take advantage of rational, trusted alternatives when it comes to freedom strategies, including additional passports, delivery of precious metals, even purchases of farmland for food growing purposes.