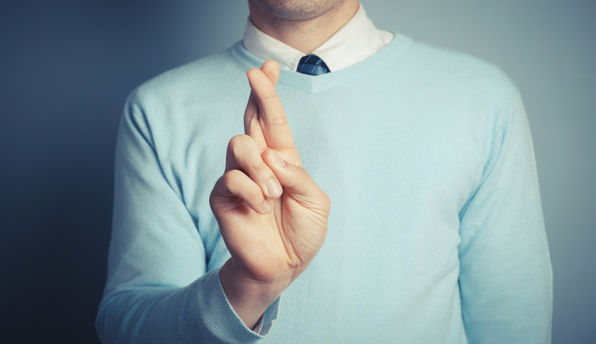 The 113th Congress is historically good at not passing bills … With its August recess imminent and midterm elections following soon after, it's regularly assumed that Congress is done for the year. And, therefore, the 113th Congress, barring a legislative miracle, will soon officially be the least productive ever. – Washington Post

Dominant Social Theme: Congress needs to do more, not less.

Free-Market Analysis: Thank goodness for a do-nothing US Congress. We've written about this before but it is worth repeating.

Every law and regulation produced at a federal, state or local level in the US – or in the EU, anywhere really – is a price fix, a redistributive act, taking wealth from those who have produced it and providing it to those who will probably utilize it in more inefficient ways.

Government in the 21st century especially seems innocent enough with its practiced formalities and endless wrangling about arcane points of order. But in fact, government is increasingly invasive, authoritarian and globalized.

There is a good deal of talk, still, of policy wonks and "wonkery" in general, as if what is produced in the Western and US legislative process is the product of nerdy, professorial types.

The trouble comes after the wonkery is signed into law. Then it is enforceable. If you don't obey, you can face fines or even incarceration. The dry debate transforms itself into a series of deadly missiles injuring individual prospects, ruining families and devastating communities.

The longer federal legislatures are in session, the more protracted the legislative season, the more injury is invariably done. It cannot be otherwise. The very legislative act involves winners and losers. And often the winners are far fewer than the losers.

The Post spoke by phone with Josh Tauberer, a transparency advocate and "civic hacker" who created GovTrack, a site that aggregates data on Congress and its legislation. Tauberer didn't think there was much of a way that the 113th Congress could avoid seeing the lowest number of enacted laws in recent memory.

… As Tauberer notes, it takes a law to repeal a law, so even anti-government types might be frustrated by this lack of productivity. But by another measure, the 113th isn't doing as badly: the number of pages of legislation passed.

… Given that the 113th Congress has enacted more pages of legislation than the 112th (1.9 million to 1.7 million) Tauberer is "a little bit more hesitant" to call this the least productive Congress since he began tracking data. But then, productivity is in the eye of the beholder.

Congress will do more this year. Whether or not it will have done less by December than any Congress in the past 40 years is up to voters to decide.

The implied point of this last line is that voters will be disappointed in a Congress that does not "do more." Where this certainty comes from, we cannot say. Last we looked, congressional approval ratings were under 10 percent and falling.

Of course, the argument is made that the reason Congress is disliked or even despised is because it is not effective enough. But we tend to doubt this. We cannot believe that Congress's reputation is at an all-time low because it is not legislating enough.

No, we would tend to believe that people are waking up to the endless, evolving disaster that is the Western legislative process. Whether it is the EU, Britain, the US or any other "regulatory democracy," the product currently being created simply divvies up the spoils of fiscal and monetary policy.

The heavy lifting has already been done … The golden pot awaits its legislative recipe. The "wonkery" turns out to be an elaborate bookkeeping exercise. But the result is always the same: Trillions are recycled for often unsavory or dysfunctional purposes.

The political process is one that impoverishes the body politic and enriches those with clout and influence. How else to explain the rise and fall of empires? The US was recently the wealthiest country in the world; now 50 million are on food stamps and another 50 million or more take advantage of other necessary handouts. They need these handouts because the economy is dysfunctional, the monetary system is ruinous and the fiscal structure is punitive.

This is the system that has been put in place brick by legislative brick. The idea that governmental processes can now be used in reverse to dismantle what is dysfunctional is surely not a very sensible thought.

It is not politics that is going to salvage a country or culture but individual human action, the gradual enlightenment regarding economic, social and cultural issues. People must begin to understand, as before, the advantages of self-reliance, competition and functional marketplaces. It is a process of accretion and it won't come quickly. But in this Internet era, we see it taking place.

It has little or nothing to do with politics. Legislatures make things worse, but rarely better. In the dawning of the 21st century, more and more people seem to be recognizing this; it is one of the more hopeful signs of the Age.

The mainstream media can rail against a do-nothing bureaucracy and imply that dysfunctional legislatures are a disaster but increasingly, electorates may begin to think otherwise.