Ongoing litigation by OxyContin victims and their families against Purdue Pharma, the dangerous and addictive pusher of the drug, has critical lessons to impart on the true incentives of pharmaceutical giants – and more, importantly, their impacts on average people.

The history of pharmaceutical profiteering over human health offers lessons that we cannot morally ignore in the context of life-altering “puberty blockers” for “transgender” children: 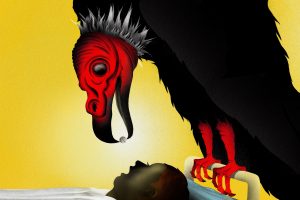 In the early days of the synthetic opioid OxyContin, Purdue Pharma executives saw a potential goldmine: an enormous untapped “non-cancer pain” market waiting for a new product – which, as fortune would have it, Purdue believed it had.

In 1994, roughly three years before OxyContin hit the market, sales and marketing executive Michael Friedman (who went on to become CEO) wrote via email to Richard Sackler of the Sackler family (the private owner of Purdue Pharma):

“Our current MS Contin business has created ‘a franchise’ with certain physicians who routinely write prescriptions for the drug… [These family physicians, general physicians, and internists] may be the bridge that we can use to expand the use of OxyContin beyond Cancer patients to chronic non-malignant pain.”

The language of this email underscores an important fact: pharmaceutical entrepreneurs think in business terms – not in health terms. First and foremost, they are profiteers; medicine is merely the engine.

Prior to the Oxy revolution and the accompanying marketing campaign waged to move more product, doctors hesitated to prescribe opioid pain medications to non-cancer, non-hospice chronic pain patients because of their addictive properties, which were known at the time.

Seeing green, Purdue Pharma execs wrote, according to the released minutes of a 1995 meeting, “It was reinforced that we do not want to niche OxyContin just for cancer pain” – but, rather, for everyday, common pain to sell more pills.

In their public-facing literature, the authors of Oxycontin’s marketing strategy played to human empathy and patient wellness as their motivation. Friedman wrote on Jan. 11, 1997:

“The… issue is the chronic non-malignant pain patient, and his/her right to effective opioid treatment. … We may need to start a campaign to focus attention on the untreated patient in severe pain who is mobilized and given his life back by our products..”

Playing on empathy works to sway public opinion and beat back attempts to regulate medicines. This tactic is employed, as we will see, in pushing puberty blockers on children in the modern context. 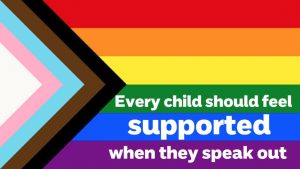 In private, behind closed doors, though, Purdue Pharma leaders more openly discussed their real motivations: to sell their product.

Faced with the dilemma of balancing the marketing of their “powerful” painkiller product for hard-to-treat cancer pain with the need to not “scare off” the greater non-cancer-pain market, a marketing and sales executive at Purdue described the industry-standard practice of massaging information to suit their agenda on June 13, 1997:

In other words: downplay the risks and upsell the purported benefits for maximum sales.

*Not coincidentally, CNN and other networks rake in $6.4 billion annually in direct-to-consumer (DTC) Big Pharma advertising. 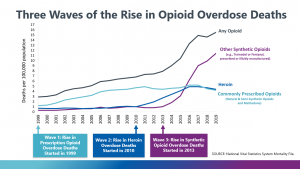 Source: US Centers for Disease Control and Prevention (CDC)

The central lesson of the Oxycontin debacle is: patient welfare comes as an afterthought to the profit motive — if it enters the calculus at all.

So-called “puberty blockers” (synthetic gonadotrophin-releasing hormone or GnRH) act to suppress the natural release of testosterone and estrogen (the male and female “sex hormones,” respectively) and, as a consequence, prevent normal development puberty.

One of the central conceits of the modern push for puberty blockers for adolescents and even pre-adolescents under the guise of “supporting trans kids” is that it will help them be healthier and more comfortable in their own skin.

The clinical evidence, however, does not back up such bold assertions:

“ Puberty blockers used to treat children aged 12 to 15 who have severe and persistent gender dysphoria had no significant effect on their psychological function, thoughts of self-harm, or body image… However, as expected, the children experienced reduced growth in height and bone strength by the time they finished their treatment at age 16.”

“The effects of treatment with GnRH analogues are considered to be fully reversible, so treatment can usually be stopped at any time after a discussion between you, your child and your MDT.”

Notice the common Big Pharma weasel phrase: “considered to be” – not “known to be” or “proven to be.”

The plethora of emerging contradictory clinical evidence forced the NHS in June 2020 — perhaps fearing future legal consequences for pushing dangerous misinformation — to amend its previous pseudoscientific proclamations. The text was changed to say:

“Little is known about the long-term side effects of hormone or puberty blockers in children with gender dysphoria…. It’s also not known whether hormone blockers affect the development of the teenage brain or children’s bones. Side effects may also include hot flushes, fatigue and mood alterations.”

The court battles by victimized “trans” children with lifelong injuries – who did not fully understand the implications of the hormone suppression “treatment” offered and were therefore legally unable to offer informed consent to undergo – have only just begun.

The unfortunate reality, though – just as was true in the case of OxyContin two decades ago — is that this public health disaster could have been averted entirely with common-sense legislation to protect children from life-altering drugs, many of the long-term effects of which have only just begun to manifest.