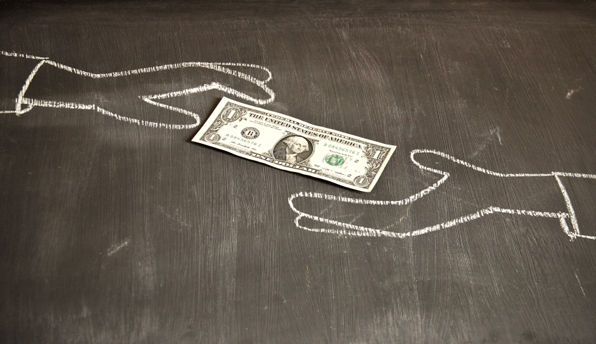 Inequality Is Forcing US Towns To Try Scandinavia-Style Taxation — And It's Working … The New York Times travel section, not known for its frugality, recently warned readers about the sticker shock of a Scandinavian vacation. "Prices do mean that unless money is no object, you'll need to modify expectations," the piece advised. In Norway, a burger and fries at a fast food joint will set you back $23. A six-pack of warm grocery-store beer is nearly $30. These hefty price tags are due, in part, to high wages for low-skilled service jobs. But high taxes play a role too. Most products have a 25 percent value-added tax, which means that $5.50 of the cost of that burger goes to fund Norway's generous social programs. As a visitor, you get little for the added price. But, as a resident, your daily spending helps to fund an expansive package of benefits, including health care, child care, high-quality education, pensions, and unemployment insurance. – Slate

Free-Market Analysis: This article from Slate makes several arguments regarding higher taxes: Taxes are necessary and higher taxes are even more important for social comity.

Why the "left" (if we can characterize Slate a leftist rather than corporatist) always seems to want to justify taxes is something we cannot fully explain. But this is a prime specimen of such an effort.

While many Americans admire European social safety net, what they may not appreciate is that these programs are typically paid for by a bundle of taxes that are much less progressive than taxes here. In large part, these benefits are not funded by high-income taxes on the rich.

Instead, the beneficiaries of the public services also pay for them, kroner by kroner, through high consumption taxes. Could this system work to combat income inequality in the United States? Usually, the assumption is no, even though the most popular social insurance program in the country, Social Security, fits this template.

We've recently published research that adds surprising support for the argument that the European model of progressive spending funded by broad-based taxes could work more widely here — by showing that it's already happening at the local level.

With our co-author, Fernando Ferreira, we examined three decades worth of data from more than 5,000 American municipalities and school districts. We found that, as inequality rises, American cities and towns have been spending more on the poor and the middle class, funded by higher taxes on these groups.

Because most cities don't have the power to tax income, they usually use property and sales taxes, which tend to hit all residents or fall more heavily on those who are middle class or lower income. As in Scandinavia, people are paying for their own increased services.

This is some conclusion even for the loony left. We've written a lot about the rising "inequality" meme and how the power elite is evidently positioning Western countries for some sort of neo-French Revolution. But it never occurred to us that progressives could make an argument for higher taxes on the middle and lower classes.

Apparently, those who back higher taxes are not willing to discriminate anymore. The idea is to hike taxes and hike them again and again. And at this point, where the lash falls seems not to matter anymore so long as the government has more revenue to directly redistribute.

That's most what government is these days, a redistribution facility. It removes funds from those who generate them and provides them to others who are less adept at re-investing them.

Additionally, there is no need for taxes anymore when central banks can print all the money necessary. Taxes do not comprise additional currency. Taxes are removed from the extant monetary base. That means that each note involved in a "tax" has been printed by a central bank.

The article doesn't make such distinctions, of course. It is too busy justifying additional taxes. The article notes that "both President Barack Obama and New York City Mayor Bill de Blasio have proposed funding new social programs by raising taxes on the super-rich," and then presents the "kicker" …

We have no problem with the idea of taxing the wealthy. But to reduce inequality, what matters is the combined progressivity of government taxing and spending — not the structure of the tax system alone.

So there you have it. If a country's support services can be buttressed by taxing the poor instead of the rich, then by all means! The important thing, according to this article and no doubt to progressives in Scandinavia, is that services are expanded until most of the population has come to depend on them.

Where the money comes from is incidental, so long as the money is raised. "Our findings suggest that a more sustainable path lies through shared taxation that pays for broad government investment. It doesn't just work in Scandinavia. It's happening in our own cities and towns."

In other words, US governments are piling the taxes on the middle classes and working poor to provide "government investment."

What kind of "investment" does Slate believe the US is involved in? Last we looked a good chunk was building tanks, military aircraft and prisons. And the other projects – public works – tended to be disastrous over time because governments are always short of money and a public project is a lot easier to build than to maintain.

And so most public projects – roads, sewers, buses and trains – tend to run down over time. This explains why US and Western infrastructure generally is always deteriorated.

The article, bizarrely, wants us to believe that taxes on working classes can be justified by services rendered. But this is a logical fallacy on several fronts, beginning with the idea that government is a good provider of services and products when it is not.

That makes all the difference.