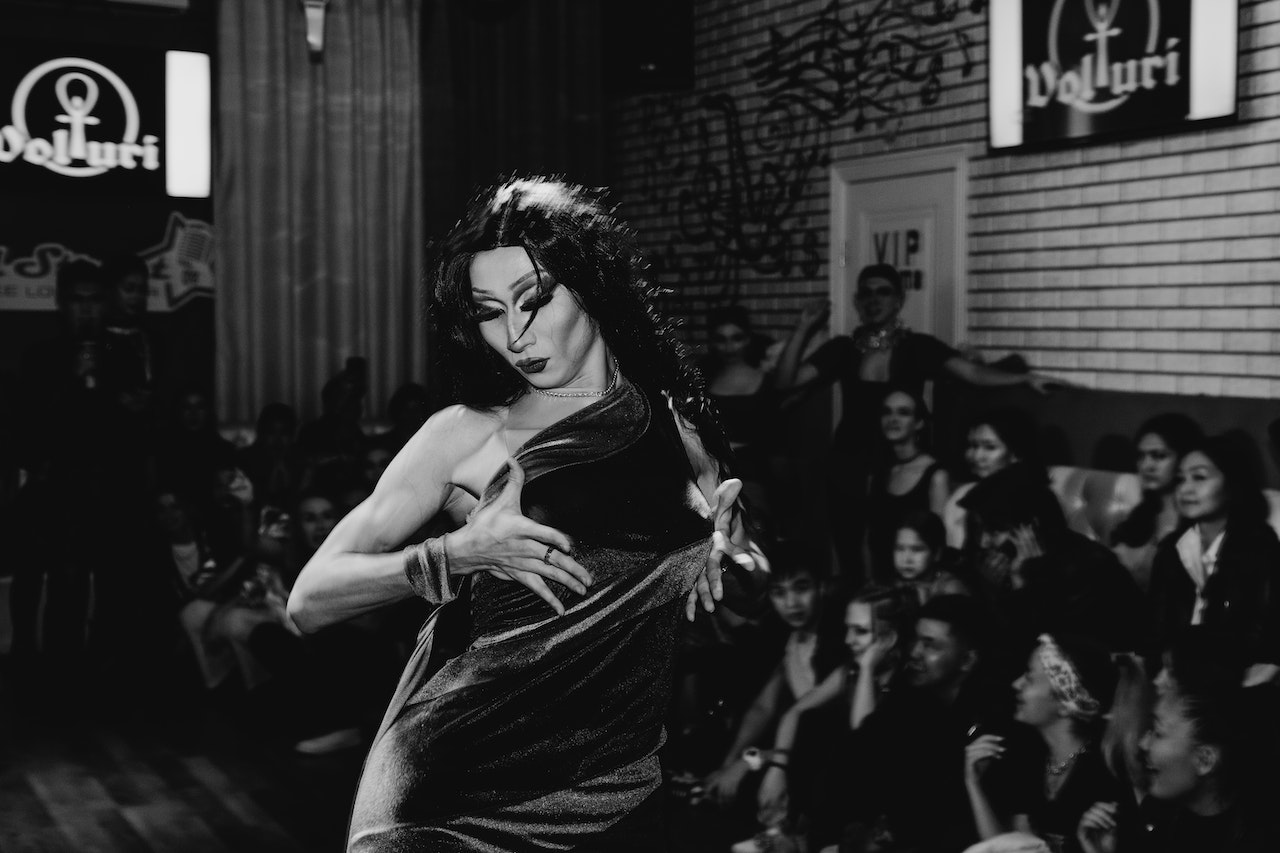 The current favorite pet social engineer project of the multinational corporate state – the transing of everyone and everything – continues its neo-colonial march of conquest throughout the developing world.

Here’s the latest toxic nonsense the Social Justice™ evangelists have been exporting abroad to the poor, defenseless people of the Third World under the guise of “progress.”

Now Ecuadorian children can enjoy the finer arts featuring slobby men shaking their hairy asses just like their American counterparts – all courtesy of the liberal and loving US government:

“The State Department awarded a $20,600 grant on Sept. 23 to the Centro Ecuatoriano Norteamericano Abraham Lincoln (CENA) in Cuenca, Ecuador, a non-profit organization supported by the U.S. Embassy and Consulate in Ecuador, to “promote diversity and inclusion” in the region.
The project at CENA, which started Sept. 30 and runs until Aug. 31, 2023, will include “3 workshops,” “12 drag theater performances,” and a “2-minute documentary,” according to the State Department’s grant listed on the USASpending.gov website.”

The corporate state is desperate to come up with novel reasons that Americans should continue to finance the war in Ukraine to the tune of tens of billions of dollars and counting.

The latest justification – offered by Jamie Raskin – is for LGBTQ+++© promotion:

“Moscow right now is a hub of corrupt tyranny, censorship, authoritarian repression, police violence, propaganda, government lies and disinformation, and planning for war crimes. It is a world center of antifeminist, antigay, anti-trans hatred, as well as the homeland of replacement theory for export. In supporting Ukraine, we are opposing these fascist views, and supporting the urgent principles of democratic pluralism.”

Having lived in Ukraine, I can personally attest to the fact that almost literally no Ukrainian understands gender ideology, much less ascribes to it. There are, with the possible exception of the trendiest corners of Kyiv or Lviv, approximately zero transgenders in the entire country

The Orthodox Church still informs their worldview, and the Ukrainians seem content with it. That is, at least, until the LGBTQ+++™ NGOs get their hands on the school curricula.

Continuing the long tradition of attempting to shame African leaders into queerifying their continent, CNN anchor Christiane Amanpour pressed newly elected president of Kenya, William Ruto on his stance on the gays and transes.

The same anchor went through pretty much the exact same routine of shaming and haranguing and henpecking a few years back with the Ugandan president, with similarly poor results.

CNN is literally incapable of talking to an African head of state without resorting to LGBTQ+++™ talking points – despite serious issues like massive malnutrition and economic destitution.

Africans confused by the concept of ‘non-binary’

As part of his excellent documentary, “What Is a Woman,” exploring the nuances of the diseased transgender ideology, Matt Walsh took his show international.

He contacted a seemingly remote tribe somewhere in the African Savannah and posed a series of questions:

“Can a man become a woman?”

“What about if someone was non-binary?”

“What if the person is non-binary?” “Come again?!”

The obvious utility of this interaction is to demonstrate that there is nothing intuitive about radical gender ideology. It has no factual basis in reality, and the only way to ascribe to the tenants is to absorb the ideology as a matter of pseudo-religious faith.

The whole “men can give birth too” narrative – ironically, a patently offensive usurpation of the very definition of womanhood – has gone international:

“In Colombia, paternity is a controversial issue and ruled by patriarchal cisgenderism….
All these questions have filled up my body and mind during preparation for giving birth, while in parallel I learn about “maternity” and how we usually have to do it. I analyze and reinterpret how that goes through my trans-masculine body. The fear of discrimination and rejections from a health system that is not prepared to receive deliveries from pregnant men make clear that the system is even less prepared to accompany a trans-masculine wanted pregnancy.”

Notice that no social concession of any culture taken hostage by the LGBTQ+++™ ideological export – in this case, the nonsensical acknowledgment that men can give birth – is ever enough. The more Columbia caves to trans ideology, the louder the accusations of transphobia become.

“Rynn Azerial Willgohs, a 50-year-old transgender woman, has been rapidly researching ways to flee the United States. She’s from the U.S., but with physical attacks against transgender and nonbinary people on the rise and lawmakers targeting transgender people with increasingly draconian legislation that criminalizes their very existence…

Her own experiences, and the increasingly hostile national climate, inspired Willgohs to start TRANSport, a budding non-profit that seeks to help trans people transition, navigate bureaucratic mazes, and ultimately finance their journeys as they flee the country.”

I've had this conversation with nearly all of my trans friends. Many are making backup plans to flee if things get worse. It feels like 1929 Berlin. https://t.co/iKxC3EG4Bo pic.twitter.com/3GRo4IDzYF

Godspeed to them. I recommend Saudi Arabia, or Afghanistan, or anywhere in the sunny Middle East. Thriving LGBTQ™ scenes there, liberal and loving. Plus no cishet White Supremacy™.