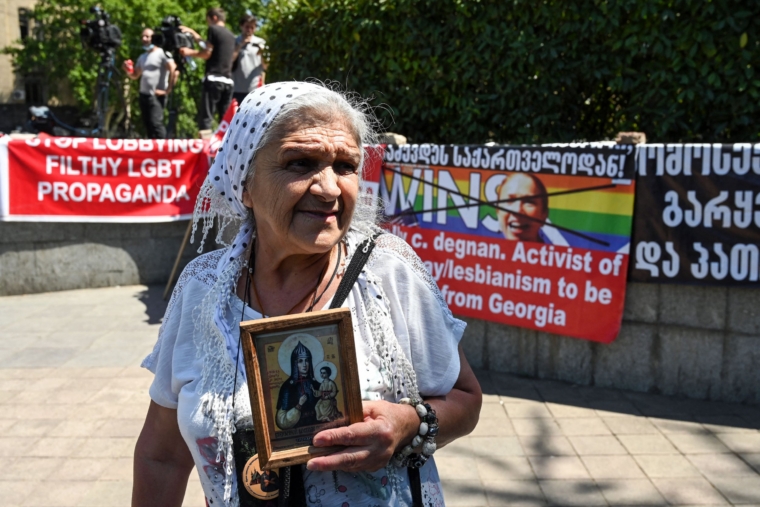 *The initial reporting misstated the date of the Wi Spa incident in question as “summer 2021” when it allegedly occurred in January 2020, not to be confused with the more recent summer 2021 event that sparked protests.

“They were haughty and did detestable things before me. Therefore I did away with them as you have seen.”

The Bible warned of what becomes of cities that somehow stoop so low as to tolerate – or even celebrate — the ritualized sexualization of children, metaphorical or otherwise.

Could there be a greater sin? Even non-Christians, at this late date, are hard-pressed to deny we are living in a modern-day Gomorrah.

The SF Brigade of the People’s Revolutionary LGBTQ4GF150+++© Corporate Army explicitly outlined their plans earlier this month to come for the children in a viral sing-along war plan:

“You think that we’ll corrupt your kids

If our agenda goes unchecked

Funny, just this once, you’re correct

…We’re coming for them

We’re coming for your children

…Just like you worried, they’ll change their group of friends. You won’t approve of where they go at night.” 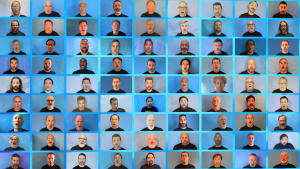 Predictably, the SF LGBTQ4GF150+++© PR people were quick to jump on the “it’s-just-satire-guys” defense. Against the backdrop of the modern cultural context, though, such a claim is dubious.

We should take the Neoliberal Left’s threats to come for the children at face value – because they are.

“Parents were outraged when footage surfaced of an actor dressed as a multi-coloured monkey with fake genitalia appearing at a children’s event.

The footage of Mandiga Arts Group at the Redbridge Libraries Summer Reading Challenge event at Goodmayes Library saw three actors in bright outfits. However, one had accentuated butt cheeks and a fake penis. This led to many questioning the judgement of the event organisers.” 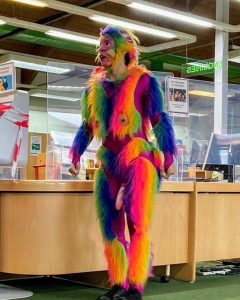 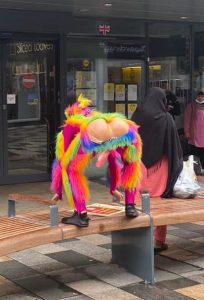 The most poignant art is often created unintentionally, borne out of personal anguish or trauma.

Such is the case with a non-consenting witness to the “transgender” individual who, allegedly in January 2020, wantonly exposed his genitals in the female-only section of a Los Angeles spa to a series of aghast women and, worse, a child.

The interviewed witness, a mother accompanied by her 6-year-old daughter, captures the horrifying zeitgeist in an honest attempt to chronicle the trauma that she experienced one fateful winter day at an LA spa in Koreatown:

“I didn’t see that coming, and the other women in there were visibly uncomfortable as well, especially the older Korean women.”*

*The older Korean women looked on, aghast, because Asians generally don’t have the patience for Western neoliberal SJW nonsense. The Chinese even have a word for nihilistic decadent depravity that has come to characterize the US coasts: baizuo (literally translated: “white left”).

The images she conjures here are captivating – an entire roster of aging Korean women, fully expecting a relaxing bout at the spa, shell-shocked by a gentleman exposing his male member to them without remorse.

Little did they know: their trauma is widely considered in neoliberal circles to be progress in modern America.

The witness/sex crime victim went on to say that she felt as if she had been “sexually abused or assaulted and you don’t want to tell anyone what happened.”

“Like many other metropolitan areas, Los Angeles contains a transgender population, some of whom enjoy visiting a spa. Wi Spa strives to meet the needs and safety of all of its customers, and does not tolerate harassment or lewd conduct by any customer, regardless of their sex, gender, or other characteristic.”

Men exposing themselves to, and likely scarring for life, frightened six-year-old children and their mothers in an LA spa = Celebrating diversity and tolerance

To be fair to Wi Spa here, they do have a loaded LGBTQ4G150+++© gun pointed to their temple; had they released any other sort of statement, like one condemning the exposure of male sex organs to 6-year-old children in their facility, the mob likely would have arrived within an hour of its release to burn their business to the ground.

In short, Wi Spa’s owners made the right business move here, regardless of how lamentable.

For society, though, the essential question is: if you’ll tolerate self-proclaimed “transgender” men seductively exposing their genitals to children in women-only spas, what won’t you put up with?

No wonder the Georgians rioted:

“Chaos erupted in the city on Monday hours ahead of a planned March for Dignity, with anti-LGBT+ protesters gathering en masse to prevent the demonstration from going ahead amid opposition from conservatives in the country.” 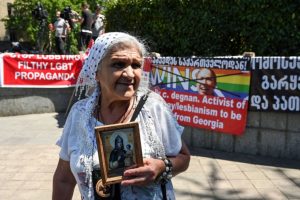 Who knew the battle for civilization would come down to a ragtag company of Caucus babushka guerillas?