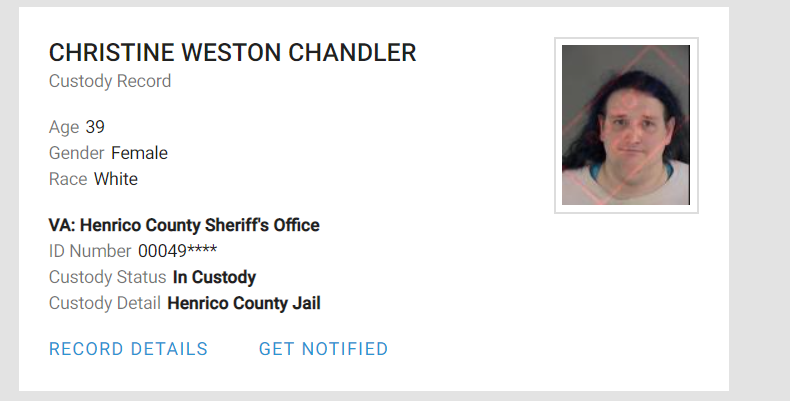 Nip/tucking the latest corporate LGBTQ4GF150+++ propaganda fisted from on high upon the American public.

Via The Daily Mail:

“Transgender YouTuber Chris Chan, 39, was identified as female by police and will be housed with women despite being biologically male, after she was arrested for raping her mother.

The vlogger and artist, who goes by Christine Weston Chandler, was arrested after leaked phone calls allegedly revealed her admitting to raping her mother, 79, who suffers from dementia.” 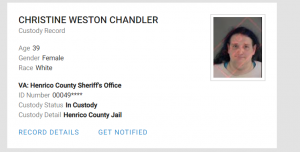 Notice that every corporate media outlet that has reported on this story – even those considered conservative-leaning like the UK’s Daily Mail – still insist on referring to the subject as “she.”

This is the central mantra we must adopt: real women don’t rape their mothers.

What we have here in the form of Chris Chan is undeniably a full-fledged thoroughbred man… with a functional penis that becomes erect… an erect weapon… a weapon he has proven willing to wield against his own mother (allegedly).

The leaked audio which set off the criminal investigation into Chan’s alleged rape of his own mother shocks the conscience of even the most hardened and callous:

“I encouraged her positively but let her make the first move…We’ve been doing it every third night… She was partially confused at one point but then she came around, obviously.” 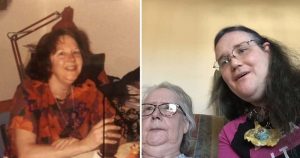 Imagine having a sister or mother in the Henrico County jail system. When the Central Virginia grandma-jail-rape pandemic erupts, you won’t need Anthony Fauci to tell you what went wrong.

The case of Chris Chan is by no means isolated; numerous lawsuits – from the cases that see the light of day, nevermind the ones buried in prison bureaucracy – follow the exact same pattern of placing female prisoners in potentially volatile situations and then, faced with criticism, of administrators and politicians essentially shrugging their shoulders and looking the other way.

“In a federal lawsuit filed last week, a Jane Doe inmate at the Logan Correctional Center in central Illinois said that after being sexually assaulted in June 2019, she was coerced by a supervisory officer into denying the attack took place and then punished for filing a ‘false’ complaint under the Prison Rape Elimination Act (PREA)…

According to the new lawsuit, Monroe, who is identified as a transgender inmate who ‘identifies as female, but still has male genitalia’ was moved into the plaintiff’s housing unit on June 18, 2019, and immediately began ‘express(ing) an interest’ in the plaintiff.”

Following an alleged 2017 incident in which a “transgender” British inmate (born male, “transitioned” to female) raped a female fellow prisoner at a British facility, the High Court in July deemed housing men who claim status as women with female inmates to be lawful.

The ruling comes despite the explicit acknowledgment of the proportional dangers of sexual predation among this group:

Even in the ruling, the judge acknowledged the potential dangers (e.g., rape) of placing violent men with penises– even ones convicted of sexual assault previously — in enclosed spaces with female prisoners:

“The judge recognised that many women prisoners may suffer fear and acute anxiety if sharing prison accommodation with a transgender inmate.

But transgender women in male prisons may also suffer fear and acute anxiety. Prisons will, by their nature, include violent and dangerous individuals who present a risk to other inmates.”

So, basically, the judge chalked it up to: “want to make an omelet, you gotta “break some eggs”; yes, ‘transgender” prisoners commit sexual assault at greater rates than their peers; yes, female prisoners will rightly live in fear of rape when forced into shared housing with “transgender” inmates; however, virtue suggests we stay the course so as not to be accused of “transphobia.”

As one might expect, CNN offers its own take –informed solely by ideology — on the “transgender” prison categorization dilemma:

“Activists… are still fighting to institute national and state-level policies that would require a facility to house transgender, nonbinary or intersex people in the facilities where they feel safest, which would often mean according to their gender identity.”

CNN’s position perfectly illustrates the neoliberal culture war pecking order: “transgender” rights to belong to whatever gender they decide based on purely arbitrary standards trump women’s rights not to be raped by violent sexual predators in state housing.

These measures are not “tolerant” or “virtuous”; they sacrifice real women’s well-being at the altar of the LGBTQ4GF150+++© Church of Neoliberalism©.