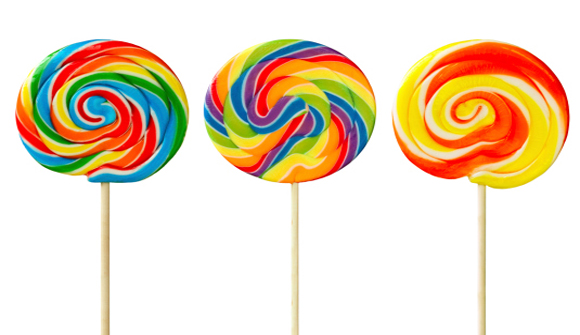 STAFF NEWS & ANALYSIS
Lollipops and Marshmallows: Another Reason for Cannabis Legalization
By Philippe Gastonne - May 29, 2015

After nearly 20 years on the job, Jim Jeffries, the police chief in LaFollette, Tenn., has seen his share of marijuana seizures — dry green buds stashed in trunks or beneath seats, often double-bagged to smother the distinctive scent. But these days, Chief Jeffries is on the lookout for something unexpected: lollipops and marshmallows. …

Recently his officers pulled over a Chevy Blazer driven by a couple with three children in tow. Inside, the officers discovered 24 pounds of marijuana-laced cookies and small hard candies shaped like gingerbread men, plus a tub of pungent marijuana butter perfect for making more. …

Across the country, law enforcement agencies long accustomed to seizures of bagged, smokable marijuana are now wrestling with a surge in marijuana-infused snacks and confections transported illegally across state lines for resale. – New York Times, May 16, 2015

Efforts to end prohibition of marijuana use by adults in the US continue to move forward at the state level. Legal sales are already underway in Colorado and Washington State with Oregon, Alaska and Washington DC not far behind. Some limited form of medical marijuana use is now allowed in 23 states and the District of Colombia.

At the federal level, however, cannabis remains a Schedule I controlled substance. Until federal law is changed, a future president could reverse the Obama administration's relaxed enforcement policy.

Any football coach will tell you that celebrating too soon is a great way to lose. Even when they are ahead, players must keep giving 100% until the clock runs out. Then – and only then – can they be sure of victory.

Those who wish to see cannabis legalized would do well to take the same attitude. Yes, political progress is being made. Yes, public attitudes are changing even in places where marijuana possession is still a criminal offense, but the game is not finished. There is still a long way to go.

Smuggling edible marijuana into prohibition jurisdictions is not helpful to that effort. Not only is it illegal – and at least in this case, immoral, given there were kids in the car – but until all states legalize, there's another cause for concern. Again from the Times:

Some experts worry that smuggled pot edibles will appeal to many consumers, particularly adolescents, who are ill prepared for the deceptively slow high. … Many live in states where there has been no public education about responsible consumption of marijuana….

Buyers may not realize that the psychoactive effects of eating marijuana … are much more unpredictable than smoking it. An edible can take one to three hours to produce its maximal high, while smoking takes minutes. Inexperienced consumers easily eat too much, winding up severely impaired.

The point here is not that adolescents, in particular, will be harmed by edibles. While prohibition proponents often tout grave dangers to children if marijuana is legalized for adults – and will no doubt use this situation to bolster that argument, if possible – the reality proves such fear mongering is baseless. In states where marijuana has already been legalized, whether for medical or any use, numerous studies have found there has been zero increase in rates of use by minors.

Ten years after Portugal decriminalized all drugs and redirected monies into abuse treatment and prevention education, a Cato Institute white paper reported the country "found itself with the lowest rates of marijuana usage in people over 15 in the EU: about 10%. Compare this to the 40% of people over 12 who regularly smoke pot in the U.S., a country with some of the most punitive drugs laws in the developed world. Drug use of all kinds has declined in Portugal: Lifetime use among seventh to ninth graders fell from 14.01% to 10.6%."

The point is that in marijuana-legal states, unlike in prohibition states, information is being widely disseminated to educate people as to the effects of consuming edibles as opposed to smoking marijuana. Other educational programs are teaching parents practical strategies for ensuring their own marijuana is kept safely away from the kids. As more states legalize, such efforts will lead to a more informed and less vulnerable populace.

Nonetheless, until that happens there is an increased risk that people unfamiliar with the way marijuana edibles act on the body will be taken by surprise – and often, not pleasantly.

Is marijuana as safe as many legal substances? Of course. Should possession and use of it be legal for adults everywhere? Definitely. Nevertheless, acting irresponsibly, illegally and immorally – is a tactical mistake that will work against the very ends legalization proponents seek.

Certainly much progress has been made toward uniform legalization. To continue rather than retard this momentum, marijuana users need to use good judgment. Obviously, cross-border smuggling of anything illegal is a federal crime, and in this case it has the added effect of giving local police more reason to suspect every car leaving the legalized jurisdictions. That means increased harassment for those who are not acting illegally. It also adds fuel to the fire of those who wish to perpetuate the war on drugs.

There is little doubt this fight will ultimately be won. That will happen sooner if legalization proponents restrain themselves and show opponents their fears are baseless. As with all things, responsibility lies with each individual.