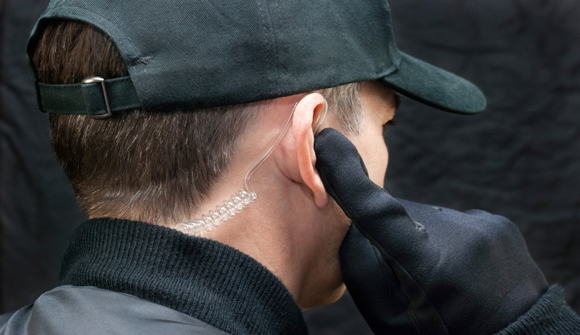 I don’t watch the news often. But the news was playing at the family Thanksgiving gathering. The Macy’s Thanksgiving Parade was on, and the newscasters were discussing the extreme security measures taken by New York City.

The massive police presence was welcome according to the news. People were reportedly thanking police officers for their roles. The anchors attributed this attitude change to recent terrorist attacks and shootings.

The Police Chief bragged that every inch of the city was covered by at least one security camera. He chuckled that there is not a corner you could find to escape being filmed.

Print news tried to give the same impression.

To ensure safety, vapor sniffing dogs wandered through crowds while officers watched from above and hid in plain sight. Officers also were escorting each of the giant balloons.

“We have people at high posts. We have observation teams, there will be sniper teams in and around. We will have undercover assets in a lot of different buildings so there’s going to be a lot you can see out there and a lot you won’t see,” NYPD Chief of Patrol Terence Monahan said.

“This beautiful event happens because we are safe. And our thanks to the NYPD for keeping us safe.” de Blasio said.

Paradegoers also showed their appreciation for police: The NYPD marching band and a group of mounted officers got some of the biggest cheers from spectators lined up as many as 15 deep along barricades.

The authorities make sure to push the idea that agents see you without you seeing them. They want everyone to know that embedded amongst the crowds are government spies.

There are plenty of bad laws that these hidden officers and surveillance might enforce. But apart from that, this is just getting people used to the idea of being watched. We don’t know what kind of crazy laws the government might make down the road. And at that point, it will be too late to do anything about the police state. The cameras will see the crime, no matter how trivial. The police will enforce the laws however oppressive.

A scared populace is more likely to accept government control. Rather than be wary of government power, fear makes people welcome the monster into their lives. They don’t realize that the government is often a bigger threat to safety and security than terrorists.

The news and police were reinforcing the opposite of Ben Franklin’s old mantra that if you give up freedom for security, you will get neither. Instead, the news was giving the impression that New Yorkers were gladly trading their privacy for security. They felt better with police everywhere and security cameras covering every inch of the city.

This attitude suggests that everyone is not just vulnerable, but also helpless to protect themselves. The only way to feel secure is to grow the police and surveillance states. With all the recent events, they say, we can’t afford to let our guard down.

But that is exactly how I feel about the government. With all their abuses, we cannot let our guard down to their growing power and omnipresence.

And of course, they ended the broadcast by reminding viewers and New Yorkers, “If you see something, say something.”

Privacy has become suspicious. Everyone has a right to poke and prod around in other people’s business because it is such a dangerous world.

Don’t be worried about strangers watching your every move. After all, they are police. And everyone knows, you can trust the government.

But unfortunately, you don’t have to look far to see that governments agents are just normal people in uniform. The TSA fails to stop weapons getting through security in undercover tests 70% of the time. And this was actually a massive improvement from two years ago when 95% of weapons made it through.

This type of security is the worst of both worlds. People let their guard down. People are left unable to protect themselves, without always realizing that the authorities are not doing what is needed to keep them safe. And it allows abuses at the hands of the agents. Children being felt up by TSA agents is the price we pay for them to stop 30% of the weapons from getting into their “secure” zones in airports.

It is for these reasons I avoid big cities like New York. But unfortunately, I cannot avoid flying or interacting with government agencies in a number of other ways.

But I do hold out hope that the number of options for a government will only grow and compete to deliver a more choice.