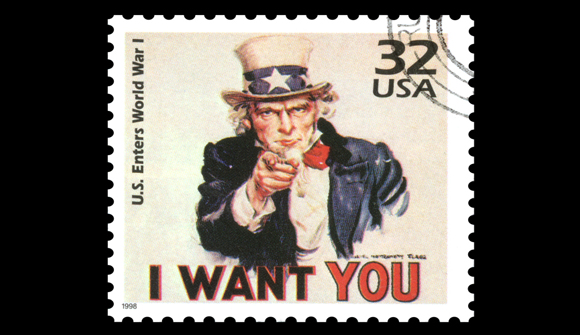 STAFF NEWS & ANALYSIS
Mainstream Article on US Serial Wars Hits the Mark – and Misses, Too
By Staff News & Analysis - October 08, 2014

We've learned nothing in the Middle East. That isn't going to change. If you thought that two disastrous wars in the Middle East spread over 13 miserable years might cure Washington of its delusion that the next war will solve all our problems, you were wrong. The truth is that the people in power and contending for power have learned nothing. And guess what: two years from now, somebody in the grip of that same delusion is going to be elected president. – Washington Post

Dominant Social Theme: Human nature is warlike and it's ruining us.

Free-Market Analysis: This is an interesting article by leftist columnist Paul Waldman because it explains the overarching destruction of war, not just for those on the receiving end but for those who prosecute it, even victoriously.

The article is also noteworthy because it does not take sides. It actually tells the truth about the federal political establishment in the US, which is that both sides are dependent on US serial warring for continued patronage, donations and power.

War, in fact, is one of the power elite's most successful memes. War has been called the "health of the state" because every part of a war increases state power while decreasing individual freedoms.

Over time, by prosecuting wars serially, those in charge can virtually break society down, eroding civil protections and generating invasive authoritarian procedures under the guise of providing increased security.

Lest you think [war] is solely a Republican obsession, former CIA director and defense secretary Leon Panetta is out touring his new book, "Worthy Fights," in which he argues that Obama "lost his way" when he became reluctant to dive into the Syrian civil war — a way-losing that by sheer coincidence happened to coincide with Panetta's departure from the administration, at which point Obama was hamstrung by not having Panetta's wise counsel to rely upon.

… Using military force shows strong leadership. Declining to use military force shows weakness. But most folks inside the Beltway don't even seem to realize they feel this way. It's just part of the air they breathe: never really noticed, always taken for granted, and invariably the difficult but sadly necessary answer for whichever new and supposedly unique problem we're addressing right now.

This is what Obama is up against. There are any number of explanations one could offer for the persistence of this mindset. Some Republicans just get off on dropping bombs on swarthy foreigners in dusty far-off lands. Some Democrats have spent so many years trying to prove they aren't weak that they've become sincerely militaristic.

[The new] president will either be Hillary Clinton, who throughout her career has been one of the most hawkish Democrats around, or it will be a Republican who is even more hawkish. And if you think that Rand Paul, who has expressed reservations about military actions in the past, might act differently if he were president, don't bet on it.

In 2008, in an election where the ongoing disaster of Iraq was the single most important policy issue, we elected a president who was inherently skeptical of the effectiveness of military adventurism, particularly in the Middle East. Yet even he could not resist the pressure to make things go "boom" in the hope that this time will be different. Once he has departed, we'll be escalating our involvement in Syria. And we'll probably be looking around for a couple of other countries to invade, too.

We've written positively about this article, but you can also argue it doesn't get to the root of the problem: Modern wars are not driven by politics but by banking. The internationalists who are advancing a global economy see war as a primary mechanism for achieving their goals.

As stated above, war allows the federal state to accrue enormous powers because in a time of war civil liberties can be suspended and authoritarian measures can be expanded. War and the threat of war gives just a few people the opportunity to build oppressive command-and-control structures that they can operate at the expense of everyone else.

Most wars these days are not really defensive wars; they are offensive – and the enemy is the domestic population that the aggressor purports to be protecting. Politicians like President Obama do not step into a major office with idealistic hopes about "ending war." They are beholden to powerful factions that placed them where they are.

It is not specifically politicians that are the problem when it comes to the US's inveterate war-making. The problem is a larger coalition of interests that surrounds them. Modern warfare as practiced by the West and particularly by the Anglosphere in the modern era is not about gaining control of commodities or prosecuting the Great Game.

Modern warfare, in our view, is all about expanding internationalism and creating conflicts that allow for further regional amalgamation. War is the crucible of globalism.

This article postulates that US serial war is useless and even counterproductive. But it doesn't delve more deeply into why wars are fought or why their backers might deem them successfully even when they seem not to be. This is part of a larger underlying problem: Even the boldest of mainstream articles do not address the critical issues that have turned the US into a kind of Roman Imperium, expanding its borders in every direction.

Thus a credible conversation can never take place – certainly not in the mainstream media no matter how honest the article appears to be on the surface.