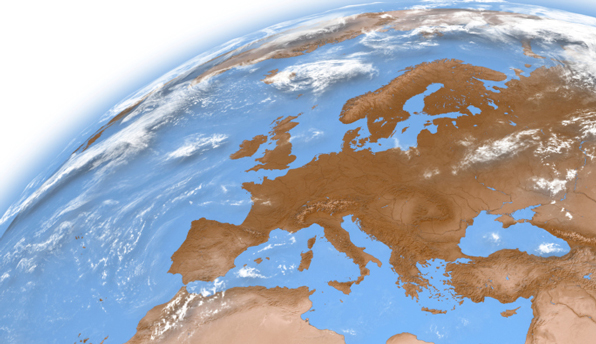 Free-Market Analysis: Will Germany be fined for being too prosperous? That's a possibility according to this UK Telegraph article.

How can an entity – a region – be attacked and made poorer because its people are industrious? To ask the question is to reveal the growing desperation of the EU bureaucracy and those running the modern-day version of Charlemagne's empire.

Elites have always turned to "divide and conquer" tactics when faced with the threat of an organized opposition. What is going on in Europe surely includes the application of such an approach.

Southern Europe is demonized as licentious and lazy; Northern Europe is characterized as dour and overly efficient. Both characterizations are intended to justify the campaign for a deeper and more powerful European Union.

The Commission warned Germany late last year that it faced possible sanctions if failed to do its "homework", either by boosting consumption at home or by weaning its economy off excess reliance on foreign markets. The threat caused consternation in Germany's press and a vitriolic exchange with Brussels.

The rest of the eurozone can order Germany to present an "action plan" to bring down its surplus. If Germany is relegated to the "corrective" phase of the mechanism, and if it then fails to deliver on demands, the EU Council of Ministers can then demand that Germany pay a deposit of up to 0.1pc of GDP.

This money is seized if Berlin still fails to remedy the imbalance. "We are looking under the bonnet at the German economy and monitoring this closely. If there is systematic abuse, and they don't respond, sanctions are available," said an EU official.

The fines are imposed by a "reverse qualified majority vote", making it hard to block. Such a procedure would amount to a court of judgment on Germany by EU peers, with explosive political consequences. The German public already think they are the cash cow for the EU, convinced they are bearing the cost for bailing out southern Europe and holding the euro together.

Berlin says Germany's export success helps all Europe and should be prized, not denigrated. Germany first agreed to the new procedure thinking it would be used to punish deficit countries living beyond their means, or to prevent credit booms, deemed to have been the causes of the EMU crisis.

German officials seem taken aback that Brussels would also look at the other side of the North-South trade gap. The US Treasury is also stepping up pressure. It singled out Germany as a greater sinner than China in its latest report on trade and currency manipulation, criticising the country for failing to do more to lift the eurozone out of a protracted slump.

Washington said Germany was creating a "deflationary bias" for the world economy, taking more than its fair share of scarce global demand. Germany's trade with US – the light blue line is exports, the black line is imports Last year Germany exported twice as much to the US as it imported, a gap that has widened sharply over the past four years and is causing trade frictions.

As we can see, the blame is being cast in several directions, but especially at the Germans who were apparently caught by surprise. The euro was touted as an efficient monetary unit that would support inter-EU industrial activity, but it is gradually enmeshing Europe in a nightmare.

The euro has terribly distorted economic development in the EU because southern Europe cannot devalue while Northern Europe is subject to ECB-created inflation. It is the culture that is important, not the country: But unfortunately, the EU is built entirely around regionality.

Austerity is paralyzing Southern Europe and playing havoc with delicately developed social constructs. Countries are geographical boundaries, created overwhelmingly for political regions. Culture is something that grows out tribalism. It is a complex expression of geography, history and widening family and community interactions.

Culture is internal; countries are externalities. Countries are basically lines on a map. Cultures are expressions of long-standing and evolving social interactions. Eurocrats consistently apply rules to "countries" when they ought to be considering cultures first and foremost.

One can characterize German culture as industrious. But a more accurate characterization might be to state that "Germans" value a certain kind of social and professional order. Southern Europeans value a different one.

One is not better than the other; but that perception is being lost as Northern and Southern Europe are being pitted against each other in a kind of morality play.

The divisions occurring now are likely deliberate. With the Great Recession ongoing, those behind the EU experiment must be well aware that if they don't create internal divisions, European wrath is inevitably going to focus on the EU and the euro. In fact, it is already is.

The obsession with Keynesian nostrums is likely a ruse. Those developing nonsensical economic rules use this sort of socialism to disguise the reality of the larger political manipulation.

This is the great advantage that the alternative media has over the mainstream. Its promotional necessities are not usually globalist and its ownership is not overly concentrated.

High Alert via The Daily Bell has pioneered the application of analytical methodologies to the elite's dominant social theme. Some of the resultant perceptions may be seen as controversial or even incorrect. But none of it is intended to justify globalist paradigms.

For the most part, the alternative media remains observational not manipulative. But increasingly the mainstream media is being used for obvious promotions. This "divide and conquer" meme is one such and illustrates the larger – fundamental – deviousness of the pre-2000 media.