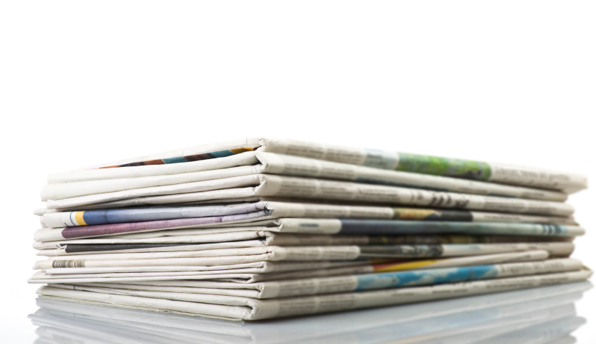 Risen Ready to Take Fight to Jail After Supreme Court Refusal … 'I don't know what they're going to do,' the Pulitzer Prize winner says. New York Times reporter James Risen isn't sure if federal prosecutors will still seek his testimony. – New York Times

Dominant Social Theme: This reporter is sticking up for truth, justice and the American way.

Free-Market Analysis: We have sympathy for James Risen, even admiration, but it is considerably tempered by the newspaper for which he works. The New York Times – as the face of the Eastern metropolitan elite – has consistently enabled the US imperium and provided justifications for its endless expansion.

We recall, of course, Operation Paperclip, in which the Times along with the Washington Post, TIME and other high-profile publications, helped the CIA provide an official narrative for the Cold War on an ongoing basis, and generally contributed to the tension and violence of the 20th century.

So much lying has diminished the paper's credibility. Here's more from the article excerpted above:

New York Times reporter James Risen's appeal to the U.S. Supreme Court was denied Monday, leaving the Pulitzer Prize winner facing a possible choice between jail and identifying a confidential source. He's already made up his mind: He would rather go to jail. "I've said that many times," he told U.S. News immediately after the court declined to hear his case.

Risen says he's disappointed by the court's decision. Some reporters' advocates hoped justices would accept the case as an opportunity to clarify the court's murky, four-decades-old guidance about journalists' ability to shield sources.

Risen is fighting a May 2011 subpoena requiring him to testify in a criminal trial against Jeffrey Sterling, a former Central Intelligence Agency employee whom federal prosecutors say supplied a shocking scoop for Risen's 2006 book, "State of War: The Secret History of the CIA and the Bush Administration."

According to prosecutors, Sterling told Risen about a mismanaged CIA scheme to supply Iran with inaccurate nuclear weapon blueprints. The misinformation ploy fell apart, Risen wrote, after the Russian scientist who delivered the plans noticed design flaws and tipped off the Iranians.

It's unclear if federal prosecutors will continue to seek Risen's testimony. Attorney General Eric Holder told a group of journalists Tuesday that "as long as I'm attorney general, no reporter who is doing his job is going to go to jail." Deputy Attorney General James Cole added Wednesday, "Just because you issue a subpoena doesn't mean you're jailing anybody."

Yes, Risen certainly sounds admirable, but there are parts of the narrative that don't quite support that sentiment. Risen's professional profile, for instance, is more complex than the above summary might suggest.

Risen, for instance, is the author of the book State of War: The Secret History of the CIA and the Bush Administration (January 2006). The book details CIA activities under the Bush administration and determines that the Agency functioned less professionally in certain ways than it might have at other times.

Lucid, balanced and brimming with surprises, this is a – to borrow a notorious phrase – slam dunk exposé of the CIA's recent snafus. New York Times reporter Risen is broadly sympathetic to the CIA, and his tactful use of inside sources shifts much of the blame away from field agents and toward the brass in Washington, where CIA Director George Tenet's eagerness to please his political masters and Defense Secretary Donald Rumsfeld's bureaucratic skills create the conditions for a perfect storm of intelligence failures.

The book's disclosures about secret prisons, "renditions" – the transfer of suspects to countries which may torture them – and domestic wiretaps are likely to be talking points for some time, but its lasting value will be as a record of how the CIA came so tantalizingly close to the truth about Iraq's nonexistent nuclear arsenal.

Risen has written a thrilling, depressing and worrying book.

From our perspective, the book would be more thrilling and worrying if Risen had written about the real history of the CIA, which has little to do with "national security" and a lot to do with creating conditions in which international capitalism can thrive and expand.

We doubt we will find in Risen's oeuvre – in the work of any such reporter, actually – the reality of national intelligence in the 21st century, which is that these intel agencies are aimed not at "bad guys" for the most part but positioned as support mechanisms for elite goals and objectives.

In fact, most of these attacks are overblown, just as the War on Terror itself is overblown, just as Al Qaeda is in some ways a most dubious terror enterprise, one that the CIA itself created, presumably in the hopes that eventually it would turn into a storied enemy that would allow the intel community to justify larger budgets and an expanded itinerary of foreign junkets.

Risen, like any reporter, has better days or worse days. But in a larger sense, he is being used to reinforce yet another elite dominant social theme: Judicial systems, rather than journalists, are in charge of what can be reported.

National security is the proverbial "hot button" here. Yet the CIA, FBI, Homeland Security and a dozen other agencies in the US – and similar ones in Europe – do little to sustain or expand freedom for their citizens. Instead, their presence and expansion (when examined dispassionately) inevitably can be seen as constituting an increasing threat to dwindling Western freedoms.

By reporting on the system rather than analyzing the flaws in its fundamental rationale, Risen (and he is not alone by any means) actually lends credence to the system he is employed to criticize. And now he is being used to reinforce the idea that the regnant state itself must be the ultimate arbiter of public information.