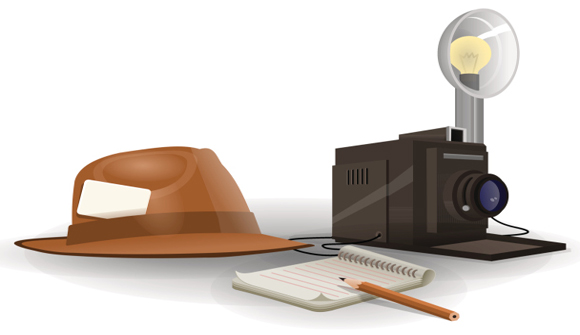 Free-Market Analysis: What is analogous to debating how many angels can dance on the head of a pin? Reporting for a mainstream Western publication, especially in the US. Most modern mainstream reporting is inaccurate: yet excessive pains are taken to ensure the "objectivity" and "accuracy" of often highly misleading reports.

The primary job of reporting is to inform – to provide people with a sense of what's happening and why. But US journalism generally has made a wrong turn: It emphasizes ritual rather than reporting. Millions of words are published every day that have little relationship to larger truths. The form is more important than the function.

US journalism, especially at the local level, has a mania for placing reporters "where the action is." The idea is to observe a newsworthy situation firsthand. Of course, some would say that such journalism that seeks to describe rather than analyze is actually doing the reader a disservice. But, nonetheless, such reports are exciting.

Mainstream reporting today is often descriptive but lacks significant insights. When reporters write about the goings-on in Washington, DC they are usually regurgitating press releases and briefing papers supplied to them by the interested parties themselves.

We recall a controversy regarding DC coverage having to do with the Oval Office circulating its own photos of Barack Obama and his activities, while shutting out correspondent photography. This is somehow seen as a gross breach of the larger journalistic enterprise.

In fact, it presents us with a metaphor of what's gone wrong. Even were the Oval Office to return to the old ways of providing the president for a third-party photo shoot, what would be gained? The images would still be posed; insights would still be lacking. Whether the president's staff photographs the White House Easter Egg party or AP does, what's the dif?

No facility, in our view, has contributed much more to the decline and fall of US journalism than the nattering professionals at the Columbia Journalism School. All the shibboleths of the age are on display there.

Reports learn all the modern guidelines of journalism but the main issue regarding real journalism can't be taught: Either you want to report the truth as you see it, or you don't.

The conservative alternative media, for instance, has a problem with Columbia because the school is a "leftist" institution. But that's not the real problem. A "leftist" journalist can cover the news as well as a "rightist" one if that person is committed to describing what is actually taking place as best he or she can within a comprehensible context.

The problem is in part the "professionalization" of news gathering. Reporters focus on technicalities rather than reality. It is more important to "be there" (anywhere) than to provide significant insights.

Of course, some would say that problems go back a lot farther than that, to the early 20th century when JP Morgan reportedly raised a fund to buy the most influential newspapers of the day. He wanted to ensure favorable coverage of important issues – as he saw them – and no doubt he tried.

But Morgan was not the only one to apparently influence news coverage. Much later in the century, there was Operation Mockingbird – a CIA sponsored effort to suborn the nation's top newspapers apparently including The New York Times, Washington Post, Time Magazine, etc. CIA agents are said to have traveled overseas with trustworthy reporters to make sure articles were filed with the proper perspective.

Are these and other efforts to modify US – and Western – news properly related to the eager, young students at Columbia? Are they even mentioned? Since Operation Mockingbird is said to be ongoing, we would tend to doubt it.

One of the reasons we're reporting this story is because we predicted it well over a decade ago. At the time, we wrote that the sunk costs of the news industry amounting to trillions of dollars would seem to be a write-off. One person with a computer and Internet access could compete with an entire news organization and reach as many or more readers or viewers.

Our reports made a bit of a stir but more importantly proved prescient. Things unfolded approximately as we suggested at the time. We used what became our VESTS model to predict that the internationalist elite that seemingly controlled the mainstream media wouldn't know what to do. We were correct.

The powerful elites behind the news these days still don't know. They're attacking on numerous fronts to further control the Internet and penetrate it with their own programs but often without success.

The trouble is that people don't want to read or watch news that is seemingly false. To compensate, silly gambits are launched such as Alexa's attempts to downgrade the rankings of alternative media websites and Google's possible attempt to generate rankings based on "accepted fact" rather than on viewership.

Some of this may be marginally effective but the real problem is that the system itself – socio-politically, economically and militarily – is in decay along with its news reporting. The worse it gets, the more people want to know the truth about their lives and their society. If they don't find those truths in the mainstream, they will look for alternatives.

They will find them, too. There are tens of millions of intelligent "reporters" involved in writing in blogs and websites and in providing commentary and feedback as well. It is not feasible to shut down all this activity. If it were shut down, it would likely simply migrate to other more welcoming electronic facilities.

The retreat of the Columbia school is just one more indication of a failing paradigm – and one that those invested in the mainstream still haven't figured out how to fix. Here's an insightful commentary on PJMedia/Tatler regarding this very subject:

It's certainly true that the Old Media world is dying. And overgrown teenagers with rich parents could afford to flee into useless graduate degrees during the recession, when they weren't going to get any work anyway, to put off the day of reckoning. But maybe the sticker price for a credential has something to do with it as well:

… I got into professional journalism in 1972, when I was hired by the Rochester Democrat and Chronicle as a cub reporter. I was armed with a degree in music and knew zero about journalism; my editors said, don't worry, we'll teach you …

Anybody can be a journalist, really. But not everybody can be a good one. The good ones and their publications – those telling the truth as best they can – will get read. Those controlling what's left of the mainstream media still haven't figured out what to do about it.