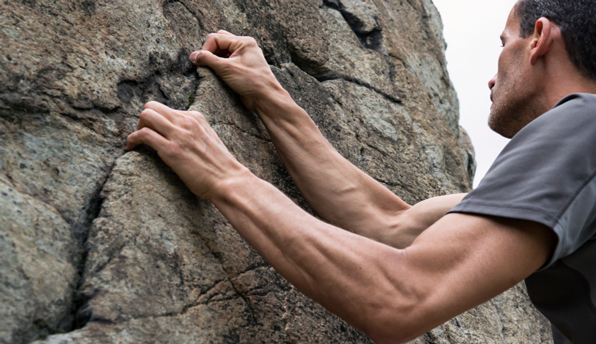 US stocks end off session highs; S&P 500 just below record close … U.S. stocks rallied on Monday, lifting the S&P 500 to a intraday record and briefly clearing its 2014 loss, as investors embraced activity on the M&A front and continued to disregard lackluster economic data as largely due to winter weather. Mergers and acquisitions came into play, with RF Micro Devices agreeing to acquire TriQuint Semiconductor for about $1.6 billion, while Men's Wearhouse hiked its cash tender offer for Jos. A. Bank Clothiers. "Maybe stocks are not overpriced at these levels if you have big players coming in and still doing deals," said Chris Gaffney, senior market strategist at EverBank. – CNBC

Dominant Social Theme: This is so exciting. The stock market keeps going up. The economy must really be doing well even if most people aren't aware of it. It's like a secret economy or something …

Free-Market Analysis: What can we say about a stock market like this? We do understand why the market keeps moving up, though most people probably don't.

Of course, the large stock market players probably do understand. They're well aware of the various mechanisms that have been put in place to support higher stock market averages.

One facility is the so-called "plunge protection team" that can leverage futures to try to ensure the market doesn't go down for long. But the money system itself – monopoly central banking – can provide much of the fuel to send stock market averages up … and up.

High-powered money funneled into banks and then the stock market can work wonders when it comes to averages. Here's more from this giddy article:

The dollar edged lower against the currencies of major U.S. trading partners, while the 10-year Treasury yield used to figure mortgage rates and other consumer loans fell a basis point to 2.746 percent. On the New York Mercantile Exchange, crude-oil futures and gold futures gained, the former up 63 cents at $102.82 a barrel and the latter rising $14.40 to $1,338 an ounce.

Baron Ron Baron, Baron Capital chairman and CEO, says the market will continue to move higher, and explains why he consistently invests on a monthly basis. Ahead of Wall Street's start, an initial gauge signaled growth in the services sector slowed in February, with stock futures retaining the bulk of their modest gains.

"I do think the economy is a lot stronger than the recent data has suggested," said Bruce Bittles, chief investment strategist at RW Baird & Co. That said, "if the economy starts to get too heated up, then you have to think about higher wages going forward, which leads to inflation, and puts pressure on the Fed to finish the taper more quickly than they might have wanted, and brings the possibility they could raise rates sooner than 2015," Bittles added.

In testimony this month, Fed Chair Janet Yellen said the U.S. economy had picked up enough traction to handle reduced monetary stimulus, three rounds of which are viewed as helping propel equities higher.

The disconnect between the real economy and the "equity" economy should be clear now to anyone who takes the time to analyze it. Central banks – the Fed in particular – print money to distribute via commercial banks. These commercial banks are under various constraints not to lend despite the funds they are receiving. Instead, some of the "new" money finds its way into stocks and bonds.

As stocks and bonds benefit from increased investment, other asset bubbles gradually begin to swell, most notably the retail housing market. Multinationals can also benefit from central bank "easy" money, as many multinational corporations are exposed to the modern economic system via certain financial facilities.

Securities are constantly expanding as a result of this financial system. Everything possible has been put into place to swell averages. Even selling short gets increasingly difficult.

The globalists running investment facilities have been building markets for decades and centuries. At one point the US had little in the way of Treasuries. Today the US Treasury market is vast.

Globalist interest in expanding the scope and performance of investment marts continues. Around the world, markets are merging and the end-result, from what we can tell, will be a seamless electronic market encompassing stocks, bonds, futures, derivatives, commodities – every kind of tradable substance on a single platform.

But to get there will be difficult. Thus, within the next few years, there is a likelihood of a significant investment crisis that will give rise to an opportunity to reshape and further globalize the system. The system as it is seems unsalvageable and therefore we speculate that those who have built it intend to take it down in order to reconfigure and further internationalize it.

This CNBC article only peers so far into the future, and doesn't make significant predictions. But it is perfectly possible that the Dow could see 20,000 or even 30,000 before this surge is through. The fundamentals will remain absent – the volume a mystery – and yet averages will climb.

We will be told that the market is climbing a "wall of worry." In fact, it will be climbing a wall of monetary manipulation.