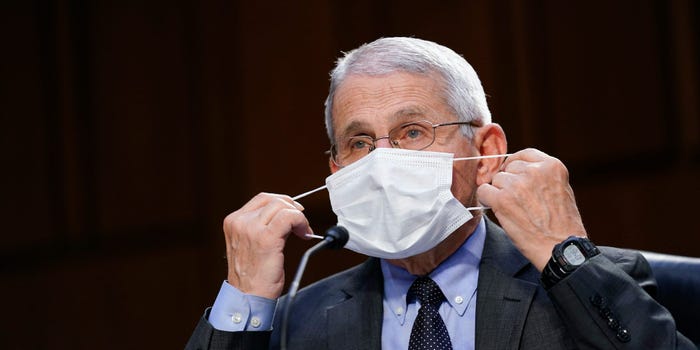 A Facebook group called “Anti-Racist Parents of Loudoun County,” a wealthy suburb of Washington DC, includes teachers, school board members, and even the county prosecutor.

This group saw fit to create an enemies list to name and target parents who have criticized critical race theory.

We’ve talked about critical race theory in schools before. It teaches children to view themselves as either victims or oppressors, based on superficial characteristics like skin color.

One member of this “anti-racist” parents group decided anyone who doesn’t want their child indoctrinated in racially divisive identity politics is a “racist”.

She asked for volunteers who could help list people who were opposed to critical race theory in schools, and “expose these people publicly.”

She also wanted to find people who could “create fake online profiles and join these groups to collect and communicate information, hackers who can either shut down their websites or redirect them to pro-CRT/anti-racist informational webpages…”

Sadly, other members of the group eagerly provided the names, locations, and other information on people who don’t believe in the holy faith of critical race theory.

One parent landed on the enemies list because she criticized the banning of Dr. Suess, and because she was “very carefully neutral” about critical race theory.

A teacher in the district accused another teacher’s husband of blasphemy against critical race theory.

One mom commented, “Ian Prior spoke about First Amendment concerns… Austin Levine criticized the School Board.”

This is a religious inquisition to exile non-believers from society.

Because the group encouraged actual crimes to be committed against these people, law enforcement is now investigating.

Masks distributed to schoolchildren in Quebec were found to contain harmful chemicals.

Health Canada is now warning schools not to distribute the masks since there is a risk of “early lung damage associated with inhalation of microscopic graphene particles.”

Keep in mind that children are the least likely demographic to suffer serious complications from Covid-19— or even notice they have it.

But now in the name of slowing the spread, they have been exposed to a much bigger health risk, with the potential to cause long term health effects.

Once again the cure may be far worse than the disease.

Harvard Professor Martin Kulldorff, one of the most cited epidemiologists and infectious -disease experts in the world, was censored by Twitter for saying not everyone needs a vaccine.

When asked if he thought everyone needed a vaccine, he replied:

“No. Thinking that everyone must be vaccinated is as scientifically flawed as thinking that nobody should. COVID vaccines are important for older high-risk people, and their care-takers. Those with prior natural infection do not need it. Nor children.”

Twitter slapped the Tweet with a Covid misinformation warning, and blocked it from being liked or retweeted.

Yet CNN says you can’t tell a baby’s sex at birth; NOT censored by Twitter

In response, CNN promptly reported that “It’s not possible to know a person’s gender identity at birth, and there is no consensus criteria for assigning sex at birth.”

Don’t you love the phrasing of, “assigning” sex at birth, as if the doctor just arbitrarily decides, or flips a coin before announcing, “It’s a girl!”

The “consensus” for all of human history has been that, if a baby has a penis, it is “assigned” to the male biological sex, and that if it has a vagina, it’s a female.

But the science deniers at CNN decided that proper woke journalism requires editing that history out of existence.

Honestly I dislike covering stories like this, because I’m very much in favor of everyone having the freedom to be whoever they want to be. If someone wants to identify as a seedless watermelon, so be it.

But when they start reinventing biology, their social justice propaganda goes way too far.

Ironically, though, Twitter, had no problem allowing CNN’s story (which is decidedly anti-science) to be shared… while the highly-respected infectious disease expert I wrote about in the previous story was censored.

Elizabeth Warren says Senators should be too powerful to heckle

Senator Elizabeth Warren and Amazon got into a Twitter spat on taxation. Amazon said that Warren was one of the people who writes the tax code, and Amazon follows the rules to perfectly legally minimize their tax bill.

“I didn’t write the loopholes you exploit, @amazon – your armies of lawyers and lobbyists did. But you bet I’ll fight to make you pay your fair share. And fight your union-busting. And fight to break up Big Tech so you’re not powerful enough to heckle senators with snotty tweets.”

This is hilarious given that Warren started the spat. Amazon only responded, respectfully, with facts and common sense. But to Warren this is heckling, snotty, and shouldn’t be allowed.

The real irony is that the entire exchange took place on platform built by… a Big Tech company… So Lizzie wants to break ‘em up, but she can’t bring herself to stop using their services. I’d bet she’s an Amazon Prime member too…

The UK wants to update public order laws to create a new crime of “Intentionally or recklessly causing public nuisance.”

According to Part 3, Section 59, anyone who “obstructs the public or a section of the public in the exercise or enjoyment of a right” can be charged if anyone in their vicinity “suffers serious distress, serious annoyance, serious inconvenience or serious loss of amenity.”

And what is the punishment for causing “serious annoyance” or “inconvenience”?

The rule also applies if a perpetrator puts someone at risk of suffering annoyance, inconvenience, or “disease.”

This bill is so broad that you could face ten years in prison for walking too slowly on the sidewalk.

This insane proposal would allow the government to arrest and imprison just about anyone it wants.

Click here to read the 307 page bill for yourself.