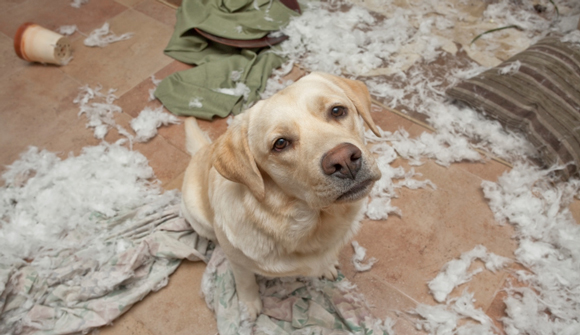 China-Japan rearmament is Keynesian stimulus, if it doesn't go horribly wrong … Asia is on the cusp of a full-blown arms race. The escalating clash between China and almost all its neighbours in the Pacific has reached a threshold. All other economic issues at this point are becoming secondary. Beijing's implicit threat to shoot down any aircraft that fails to adhere to its new air control zone in the East China Sea is a watershed moment for the world. – UK Telegraph

Dominant Social Theme: War is coming closer. Too bad. Why can't we live in peace?

Free-Market Analysis: The top elites are actually simple folk. They have a lot of money (more than is ordinarily dreamt of) and when they are threatened by an event like the current information revolution that has exposed them and their machinations they fight back in three simple ways: They use copyright and other regulatory methodologies to shut down dissent; they create economic misery and industrial ruin; they start, prosecute and expand wars.

Notice anything familiar? That's right. All three tools are being employed today just as they were after the advent of the Gutenberg press that we often use a template for what is to come.

We correctly predicted that the top elites would use copyright as a way to restrict Internet information because copyright was a tool used following the Gutenberg press. What else? Economic ruin – check. Wars – check.

Call them dominant social themes – fear-based promotions designed to whip up patriotism and otherwise control society around the world and steer the social order toward further internationalism. Here's more from the Telegraph article:

The issue cannot easily be finessed. Other countries either comply, or they don't comply. Somebody has to back down. The gravity of the latest dispute should by now be obvious even to those who don't pay attention the Pacific Rim, the most dangerous geostrategic fault line in the world. Japan's foreign minister, Fumio Kishida, accused China of "profoundly dangerous acts that unilaterally change the status quo".

The US defence secretary Chuck Hagel called it "a destabilising attempt to alter the status quo in the region" and warned that the US would defy the order. The Pentagon has since stated that US pilots will not switch on their transponders to comply, and will defend themselves if attacked. Think about this for a moment. Mr Hagel asserted categorically that Washington will stand behind its alliance with Japan, the anchor of American security in Asia.

"The United States reaffirms its long-standing policy that Article V of the US Japan Mutual Defense Treaty applies to the Senkaku Islands," he said. Whether China fully believes this another matter, of course. The Senkaku islands offer a perfect opportunity for Beijing to test the resolve of the Obama Administration since it is far from clear to the war-weary American people why they should risk conflict in Asia over these uninhabited rocks near Taiwan, and since it also far from clear whether President Obama's Asian Pivot is much more than a rhetorical flourish.

Besides, Beijing has just watched the US throw its long-time ally Saudi Arabia under a bus over Iran. It has watched Moscow score an alleged victory over Washington in Syria. You and I may think it is an error to infer too much US weakness from these incidents, but that is irrelevant. Beijing seems to be drawing its own conclusions. Even if the immediate crisis can be defused, we are clearly sliding into a new Cold War.

The US did NOT throw Saudi Arabia under a bus over Iran. In fact, there is no US and no Saudi Arabia, or not really. "Saudi Arabia" is the property in large part of the Saud family that top Anglosphere bankers empowered as part of a deal in which the Saud family enforces the interests of these impossibly wealthy families and their allies.

The Saud family asserted to other powerful interest groups and political elements that dollars could only be swapped for oil, thus setting up the petrodollar. Now, apparently, the West's top bankers want to destabilize the petrodollar and to do so have expanded the amount of available oil and gas in the world via fracking.

What is being thrown "under the bus" is likely the petrodollar because it impedes the next step in globalism, which is an international currency. The Saud family is merely collateral damage – but that is always the way when you deal with those who run the West. They have no alliances except to themselves and those who attempt to serve them are often rewarded lavishly at first and then suffer far more destructive consequences.

In addition to destabilizing the petrodollar, the Anglosphere elites are busily creating yet more war and more ruin much as they did when they attempted to halt the spread of information via the Gutenberg press. Then the 30-year Peasant War broke out and the 100-year War of the Roses. Oliver Cromwell, John Calvin and Martin Luther all were perhaps allies or paid agents of the elites of the day, employed for various purposes. Julian Assange, Anonymous and Edward Snowden perform similar roles today possibly. So we surmise …

Of course, we've also pointed out that the power elite is not by any means all-powerful and the false flags they may create often spiral out of control. Ultimately, the damage done by the Gutenberg press was not immediately containable and it took the elites some 500 years to begin to control it – and only then after the US had been split into two and then consolidated by the Civil War.

But move beyond potential false flags. The usefulness of war at such times as these is not only our assumption. The Telegraph article explains it outright:

While it is dangerous, it could have paradoxical and powerful side effects. Rearmament lifted the world economy out of slump in the late 1930s, working as a form of concerted Keynesian fiscal stimulus. It could do so again. The parallels are not exact. They never are.

But an Asian arms race would almost certainly tackle some of the underlying causes of the long malaise in the Western economies. It would soak up much of the Asian "savings glut" and the excess industrial capacity in China, and would help to narrow the perennial East-West trade gap. This would be an answer of sorts to the West's "secular stagnation" – to use the term of former US treasury secretary Larry Summers – or the liquidity trap as others call it.

Incredible. In the current rotten economic environment, war is not merely a tool of social chaos; it is a prophylactic securing potential economic prosperity. (Or so we are meant to believe, they hope.)

At least the Telegraph article has the grace to admit what you will almost never find explained in the mainstream media: These wars or potential conflicts are phony ones. There is no "rising tension" between Japan and China. Russia is not squaring off with Europe.

The right way to look at these mainstream media "reports" is to recall that each region of the modern world is run by a kind of quasi-mafia that has no regard for its citizens but is at the service of the world's top bankers, the ones who control central banking and derive their enormous authority from the ability to print trillions at a whim.

In the next months and years, we will certainly be subject to more propaganda and the world will doubtless seem to be a crueler place. But, again, it will be for show. The top people around the world all know each other and sit down with each other regularly at the Bank for International Settlements where they will doubtless continue to "coordinate" monetary policy.

During World War Two, the BIS was the regular meeting ground for civilized chats between top German financiers and Allied ones. Here the post-war world was created over fine wines and expensive viands. The fate of nations was plotted and globalism was advanced.

It will be the same today. The only difference is that we have the Internet to inform us of the truth. Let us utilize that truth and make plans accordingly.