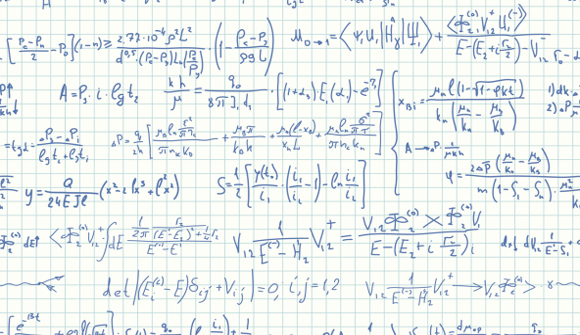 Could math solve conspiracy theory debates? A physicist at Oxford University developed a mathematical equation to derive the truth of conspiracy theories, and it all comes down to the number of people involved. – Christian Science Monitor

Free-Market Analysis: Another day, another attempt in the mainstream media to figure out why people persist in discussing elite-centric conspiracy theories. We previously reported on a speculation that people believe in conspiracy theories because it is part of a survival instinct.

That article, posted at the UK Guardian, reported on a book entitled Suspicious Minds by Rob Brotherton. Basically, the idea was that people are naturally prone to conspiracy theories because of the way their brains have evolved.

"Identifying patterns and being sensitive to possible threats," the Guardian article explained, "is what has helped us survive in a world where nature often is out to get you."

The key to that article and to this one, excerpted above, is the earnestness with which professional observers struggle to understand how people can even engage in conspiratorial thinking to begin with.

The assumption is always that it is a mistaken belief. The quest is to discover why – without being overtly insulting – people adopt this sort of thinking to the point where they become obsessed with the idea that governments and private businesses are spying on them (along with other equally bizarre beliefs).

Brotherton, as we pointed out in our analysis of the Guardian article, explained in the article that he decided that the best way to present his thesis was to avoid confronting conspiracy theories head on. Instead, he wanted to explain how people adopted such theories for psychological reasons.

Dr. David Robert Grimes, as we learn at the Christian Science Monitor, is another researcher trying to fathom – in a politely academic way – how people can adopt conspiracy theories. He is approaching conspiracy from the standpoint of practicality.

"It is common to dismiss conspiracy theories and their proponents out of hand, but I wanted to take the opposite approach, to see how these conspiracies might be possible. To do that, I looked at the vital requirement for a viable conspiracy – secrecy," Dr. Grimes told the Guardian.

"My results suggest that any conspiracy with over a few hundred people rapidly collapses, and big science conspiracies would not be sustainable."

Grimes applied his equation to four "anti-science narratives" in particular: that NASA faked the 1969 moon landing, that human-caused climate change isn't real, that pharmaceutical companies are hiding the cure to cancer, and that vaccines are unsafe for children.

Even with the utmost secrecy, Grimes reports, his equations show within four years the conspiracies would be exposed nonetheless. Grimes believes that for a conspiracy to last a decade without exposure, fewer than 1,000 can be aware. For a century, 125 people.

Grimes published the paper in the journal PLOS ONE and apparently explained that his research might be used to debunk conspiracy theories and also to show when such theories might be possible.

He is not especially hopeful that his research will end such theorizing: "The grim reality is that there appears to be a cohort so ideologically invested in a belief that for whom no reasoning will shift, their convictions impervious to the intrusions of reality."

It is the "middle ground," that Grimes hopes to reach, those who are not entrenched in conspiracy theory but still willing to consider the reason provided by science.

From our point of view, of course, it is a good deal more reasonable to believe in elite conspiracies than to believe they don't exist. To take the position that the power structures surrounding us are entirely transparent and obvious begs the reality of human nature.

Those who don't believe that NASA went to the moon believe that only a few people would have needed to be involved in such a hoax, those who made the bogus scenes and those who broadcast them while the given capsule was flying round the earth and waiting to descend.

When it comes to global warming, the exposure of warmist emails several years back showed clearly that it was possible to control the literature of an entire scientific conversation by reducing the number of authoritative journals and then taking them over.

There is plenty of evidence that cancer cures are being suppressed and that vaccines are unsafe. There is actually a US court that gives out settlements for vaccine-related damage.

It is the Internet, in fact, that has been the great provider of insights into how a cabal of powerful individuals can create and propagate memes that lead people astray about the true conditions of their lives and times. The alternative 'Net media has been a great help in this regard.

The recent research increasingly being offered in the mainstream media to "explain" why the information and insights obtained from ubiquitous electronic information may be part of an expanded campaign.

We'll see how much scientific research – information debunking conspiracy theories – is actually released over the next year before coming to any firm conclusions. But it looks right now like there is going to be a continual pro-active attempt to characterize those who believe in "conspiracies" as mentally unbalanced and scientifically backwards.

Conclusion: Of course, yes, this has always been the case, but now it looks as if a more powerful and disciplined program may be underway. Something to ponder along with a further moderation of certain public declarations.