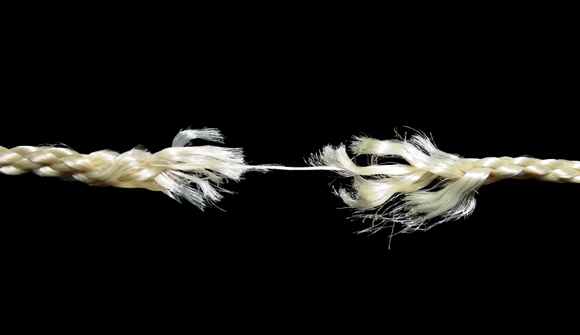 French employer group urges 'shock therapy' for economy … France's main employer group urged the government on Wednesday to scrap the 35-hour work week, raise the legal retirement age and cut the minimum wage to bring down chronically high unemployment and stimulate growth. Medef said its proposals would help Europe's second-largest economy create 1 million jobs over the next five years. France's unemployment rate is stuck above 10 percent, with nearly 3.5 million job seekers registered in August. Unions reacted with outrage earlier this month when some of the proposals were leaked to the media, prompting Socialist Prime Minister Manuel Valls to urge all parties to steer clear of "provocations." – Reuters

Free-Market Analysis: Suddenly, in one brief, political exchange of opinions, the pretense has been stripped away, revealing the underlying distortions of the French economy.

France is suffering from the problems that Southern European countries know only too well: high unemployment, a rigid regulatory and tax structure and high public deficits that cannot be paid down because of the general economic malaise.

Within this context of a suffering France, the head of Medef has made a bold stroke, slicing through the Gordian Knot of faux economic theory and socialist sophistry.

All these are rational and economically literate suggestions. That they were made publicly in the hopes of generating an educational debate is still somewhat startling – and actually triggers the faint hope that French pols may at some point be persuaded to take appropriate action before France entirely lurches off a fiscal cliff and topples into bankruptcy, revaluations and worse.

No, that is probably too much to hope for. Nonetheless, the suggestions are a proverbial "breath of fresh air."

What is Medef? Here from Wikipedia:

The Mouvement des entreprises de France (MEDEF), or the "Movement of the Enterprises of France", is the largest union of employers in France. Established in 1998, it replaced the Conseil national du patronat Français (CNPF), or the "National Council of the French Employers", which was founded in 1946.

It has more than 750,000 member firms, 90 percent of them being small and medium enterprises (SMEs) with fewer than 50 employees. MEDEF is engaged in lobbying at the local, regional, national, and EU-wide levels.[2]

Every year, MEDEF International organises a number of delegations of French business leaders with concrete projects to targeted countries, especially developing countries. MEDEF espouses "sustainable development", raising companies' awareness to the fact that protection of the planet may also be numbered among their competitive advantages.

One can see from the above that Medef in many ways accepts the status quo. Sustainable development and protection of the planet are among its priorities. Gattaz himself is apparently a child of patronage, as his mother ran Medef's predecessor organization in the 1980s.

And yet Gattaz seems willing to present ideas that are bound to be unpopular and will garner considerable criticism in the mainstream French media.

Here's more from the Reuters article on Gattaz's proposals:

Medef chief Pierre Gattaz said he was ready to accept controversy to spark a proper discussion about what is holding back the French economy. "We accept that risk because … it's our future together that is at risk," he wrote in an introduction to the pamphlet, noting that some proposals "will certainly seem aggressive or exaggerated to some people".

… Hollande's government is set to introduce a law loosening rules that limit competition in regulated professional sectors, and has flagged a move easing rules on thresholds for worker representation, which companies say put a brake on hiring.

Yet Gattaz pressed him to go further and end the 35-hour work week introduced by a Socialist government in 2000, allow firms to get around the 1,445-euro ($1,856) monthly minimum wage, scrap two of 11 public holidays, and authorize exploration for shale gas, currently banned on environmental grounds. He also called for a cap on taxes on companies, a further loosening of labor rules, and an overhaul of a generous jobless benefit system to encourage more job-seekers to accept employment.

"Having a legal work duration of 35 hours imposed on every company no longer makes sense in the France of today," Gattaz told BFM TV. "We propose that each company negotiate its own work duration, according to its business needs."

The government is unlikely to implement most of Gattaz's ideas as Valls told parliament last week that neither the 35-hour work week nor the minimum wage would be changed. (1 US dollar = 0.7787 euro)

Too bad the government won't consider Gattaz's ideas; but surely the impact of his statements should not be minimized, as they contradict decades of propaganda. One of the problems with the modern French political and economic dialogue is that too often both sides have agreed on socialist prescriptions – and thus, arguments in favor of free or freer markets simply do not get aired.

And even now with the French economy nearing virtual collapse, the government can barely even bring itself to acknowledge the kinds of ideas that Gattaz is suggesting.

Instead, President Francois Hollande has offered minor payroll tax cuts to firms, and made it a little easier to hire and fire employees. The government predictably has taken to subsidizing jobs as well – and yet unemployment continues to rise (except for this past month), mimicking Southern Europe generally.

This reluctance to deal constructively with fiscal and regulatory issues is a big reason why central banking is so important to modern economies. By printing money, central banks can generate a facsimile of industrial prosperity.

Money printing does not demand regulatory legislation or generate endless tax wrangling. It can be done efficiently by a few and justified in impressively technocratic jargon.

As we pointed out yesterday in an article about Japan, this is the solution that first-world countries are increasingly adopting. Whether it is Asia or Europe and the US, the main lever to generate economic "growth" is increasingly seen to be a monetary one. Of course, it is a chimera, because much of the money merely flows into ever-expanding asset bubbles that eventually burst and leave society worse off than before.

This is, in fact, why securities marts are inflating the world over, why the Wall Street Party is gradually expanding into a worldwide "financial fiesta" and why despite the money that flows generously among individuals in higher earning brackets, the mass of the middle class remains enmeshed in difficulty while the poor grow even poorer.

It's refreshing to see an economic conversation include valid ideas that acknowledge the reality of the marketplace. Too bad the reality of French politics seemingly precludes their adoption.