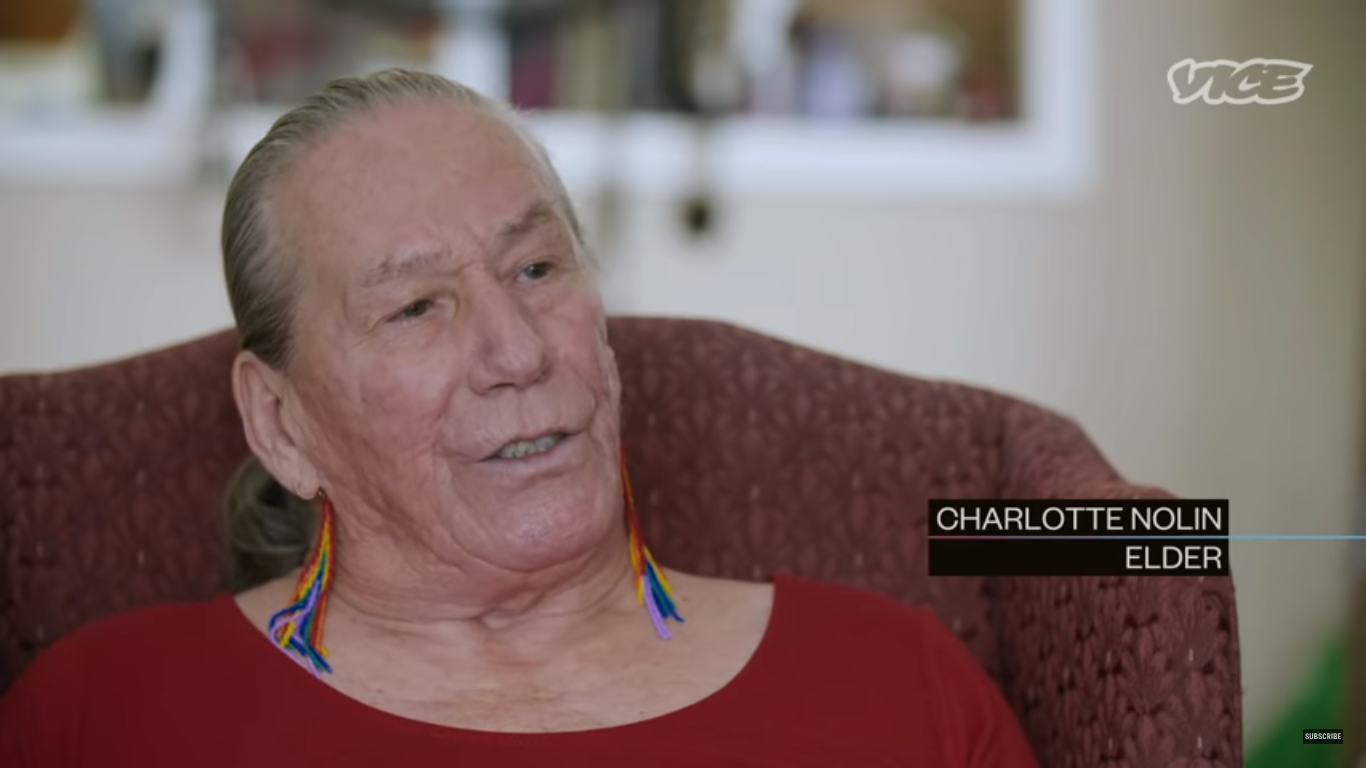 STAFF NEWS & ANALYSIS
Meet The ‘Indigiqueers’: How to Destroy a Good Cause With Woke Fanaticism
By Ben Bartee - February 02, 2022

VICE has some fresh LGBTQSTFU+++© manure for its lobotomized fans to roll around in:

Too long, didn’t watch? The basic premise is that two-spirit non-binary “indigiqueers” enjoy privileged spiritual access to nature by mere virtue of their sexual confusion. Accordingly, they have earned special consideration and leadership roles in environmental movements.

If you understandably have no idea what an “indigiqueer” is, given that the term was fabricated approximately a week ago, let Xtra explain:

“Homophobia and transphobia are not part of traditional Indigenous cultures or religions on Turtle Island (also known as North America). A wide range of evidence shows that prior to colonization, many Indigenous cultures viewed gender and sexual diversity as customary and honourable*… the settler** LGBTQ+ movement so rarely sees Indigenous self-determination as the pathway to sexual and gender liberation. “

*A note on “cultural appropriation”: what the Xtra people did here is an example of the common practice of “cultural appropriation” that they often accuse their opponents of. They dig up an artifact of a bygone culture, sanctify it, isolate it from its context, and then use it as the raw materials to mold, like a clay pot, into neoliberal ideology.

**“Settler” here is a pejorative term used in leftist academic circles to mean “white people” – the idea being that their existence in North America is illegitimate because some ancestor, no matter how distant, originated from Europe. They conveniently disregard the fact that the ancestors of so-called “indigenous Americans” crossed into North America from Asia via the Bering Strait 16,000 years ago or so.) 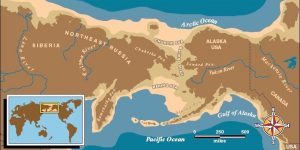 VICE documents the indigiqueers’ theoretical struggle to protect old-growth forests. But somehow they can’t seem to stop talking about their gender fluidity instead.

The indigiqueers’ primary identity is that of the aggrieved, oppressed victim, one they relish. They bathe in their perceived persecution. Being weak victims is their identity, and they exude that energy even while naming themselves “Many-Spirit Warrior” like this guy: 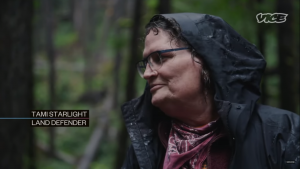 It’s almost like the tree-saving cause is a moral flex to grab the spotlight and transition it onto their true passion – their status as a precious, under-appreciated, discriminated-upon gender minority.

“Two-spirit,” like most SJW terms, was coined relatively recently (1990) by an academic, based on a translation from the Ojibwe language spoken almost exclusively in the US upper Midwest and Canada. It is in no way a universal “Native American” concept. 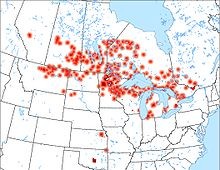 “As often happens, the complex work and research of anthropologists has been used to paint an overly wide brush of Native culture, conveniently overlooking distinct cultural and language differences that Native peoples hold crucial to their identity.”

The United States alone has 574 federally recognized tribes – all of them theoretically independent nations. Discussing “two-spirit” stuff as a part of “Native American” culture writ large is obviously reductionist. 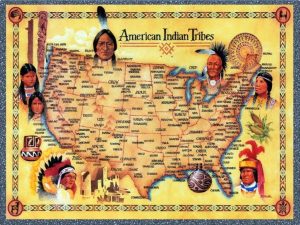 A monolithic “Native American” culture does not exist. What do Florida Seminoles have in common with New Mexico Pueblos? Not a common tongue, nor common mythology, nor a common culture.

At the 10:15 mark in the VICE documentary, the narrator claims that single-gender identity is a construction of Western colonizers, the delusional insinuation being that native transgenderism proliferated from coast to coast until the white man came and ruined the party.

The Main Problem With All of This…

… is not the gender or the Native American stuff itself. Not many people truly care about the definitional nuances of “Native American culture” or its disparate archaic traditions. Even fewer care about what sexual fantasies “indigiqueers” act out in their personal lives in a desperate search for meaning.

The problem is that they delegitimize worthwhile environmental movements.

And especially not when those commitments to the cause are dubious in the first place.

I actually agree – along with, I would presume, a large percentage of the North American public — that those old-growth forests should be protected. I respect nature, and I believe we should preserve its bounty from the ravages of industrial expansionism.

The epitome of human hubris is to tear apart nature and rebuild it “better” than before. To adopt that destructive paradigm is to become the spiritual sibling of the likes of Bill Gates and the Monsanto board, who aim to genetically modify the whole planet for profit and social control.

But, again the problem is, who wants to join a movement with this?

Could you imagine sharing a camp with these things? The entitlement, the humorless self-pity, the self-righteous social dogma… 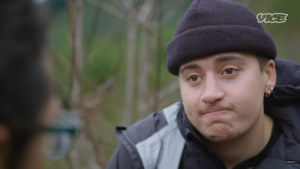 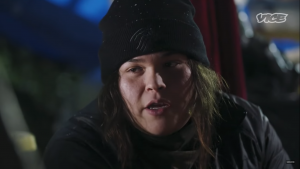 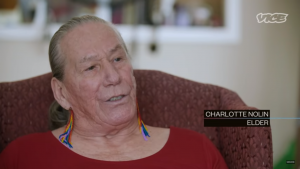 (The rigidity of the indigiqueers’ social dogma is noteworthy for its supreme irony. The two-spirits theoretically just want to free themselves from an oppressive, rigid, unnatural social regime but ultimately end up enforcing their own.)

In effect, these people serve to undermine the genuine value of environmental conservationism by turning into a narcissistic clown show. What on God’s green Earth does indigenous gender queerness or whatever have to do with keeping nature intact?

They aren’t effective leaders dedicated to a cause but rather vapid narcissists roleplaying heroes for their own ego gratification and social points. They camouflage themselves in the persecution of a past cultural identity that has very little relevance to the modern world – one which, at any rate, they have perverted to suit their own ends.

Call It the ‘Greta Thunberg Syndrome’

The indigiqueer phenomenon is a microcosm of the affliction the wider arena of social activism suffers. This affliction is embodied most prominently by Greta Thunberg, whose handlers have successfully marketed her as the definitive moral authority on the subject of environmentalism.

One might want to preserve the environment. But to join any social movement to do so, one is forced to venerate as the champion of that cause an autistic half-elf slay-queen screeching into one’s ear about the patriarchy or whatever. 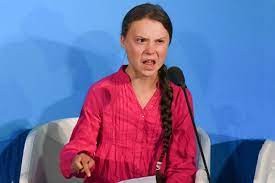 It’s enough to make you throw up your hands and go baby-seal clubbing.