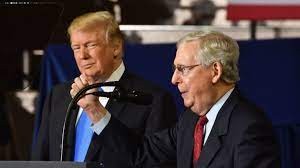 STAFF NEWS & ANALYSIS
Meet the Turncoats: What to Do With These Pharma-Funded GOP Cucks?
By Ben Bartee - December 28, 2021

The spineless Republican leadership deserves just as much scrutiny as the DNC (the functional political arm of the biomedical state) for their COVID failures — even more, given their self-styled role as the “resistance party.”

“The world’s biggest drug makers and their trade groups have cut checks to 356 lawmakers ahead of this year’s election — more than two-thirds of the sitting members of Congress… Pfizer’s PAC has been the most active.

Sen. Mitch McConnell, the Republican majority leader seeking reelection in 2020… raked in more from the industry than any other lawmaker.”

Does $30 million in (documented) campaign bribes speak louder than the GOP voters’ interests? Does a bear shit in the woods? 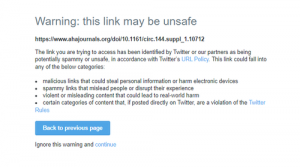 Of course, like all political organizations of all stripes, to one degree or another, the ranks of the elected GOP officeholders have been populated by grifting cowards since its inception — such is the nature of the politician.

In a prior era of relative peace and prosperity, some level of malfeasance and negligence may have been forgiven, or at least tolerated – but these are not ordinary times. This is a war, and we don’t need the good guys led by a band of Benedict Arnolds.

Trump Administration Spearheaded the Initial Economy-Crippling Lockdowns (With no Benefit)

“Trump and Dr. Deborah Birx, task force coordinator, explained they were asking Americans to stay home from mid-March through the end of April, because mathematical models showed 1.6 million to 2.2 million people could die from COVID-19.”

Based on recommendations from a neoliberal British think tank called the Imperial College of London – recommendations which were based on wildly exaggerated estimates of the COVID fatality rates:

“The Imperial College researchers ran one such model they had used in prior research and forecast a number of potential outcomes, including that, by October [2020], more than 500,000 people in Great Britain and 2 million people in the U.S. would die as a result of COVID-19… Imperial’s modeling results influenced British Prime Minister Boris Johnson to impose a nationwide lockdown and influenced the White House as well.”

All that was done to no positive effect – the lockdowns demonstrated no public health benefit whatsoever.

Here’s Trump on refusing to excise the malignant cancer Anthony Fauci — chief lockdown cheerleader and source of untold human misery — so as to appease the democrats.

NEW – Trump: "I didn’t… because if you fire him [Fauci] you're going to have a firestorm on the Left."pic.twitter.com/GUpiXMlxJc

Despite the in-your-face rampant authoritarianism of the “vaccine” agenda, Trump is still inexplicably shilling the shots to his base who overwhelmingly hates his rhetoric [as evidenced by the boos]:

“You know what? I believe totally in your freedoms. You got to do what you have to do, but I recommend: Take the vaccines. I did it – it’s good.”

Trump getting booed at his own rally in circa 2015-16 would have been unimaginable.

And here he is bragging about Operation Warp Speed that cut every conceivable corner of standard practice for vaccine development (which usually takes 5-10 years) to deliver it to market in less than 1:

“I have to be very proud of the vaccines… we did it in less than 9 months people said it was going to take 5 years … they work incredibly well…. We were doing really great on distribution… we also put billions of dollars’ worth before we knew it was going to be successful…. So many things we did right.” 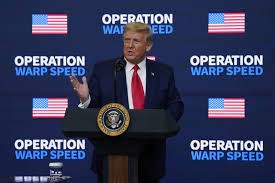 Literally every interview Trump does now involves a lengthy self-aggrandizing diatribe detailing his vaxx success and how great his vaxx agenda was and how people don’t give him enough credit for his vaxxes. 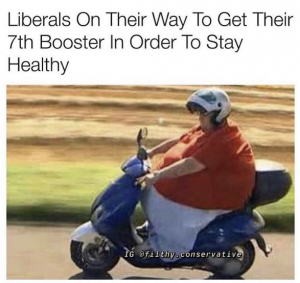 Meanwhile, neocon GOP Sen. Lindsey Graham earlier this year shilled the vaxx and got booed at his own campaign event.  Then he weaseled his way out of directly answering a veteran’s concerns over the hard military vaxx mandate that threatened his job.

Luckily, at the very least, some constituents caught up to him at the airport to express their frustration. That’s not enough though; he needs to be removed from office.

"At no point in history have the people forcing others into compliance been the good guys."

"Australia does not need a no COVID strategy; what Australia needs is a no oppression strategy." pic.twitter.com/RiFp0mdAqD

Why can’t we primary in a thousand US-homegrown Christine Andersons?

What Is Wrong With These Republicans?

De-mucking American politics and transferring power from the interests that have captured the government back into the hands of the people won’t be easy.

But if we don’t maintain hope for a better future, what are we even doing here? To that end, here is an admittedly rough, although woefully incomplete blueprint moving forward: