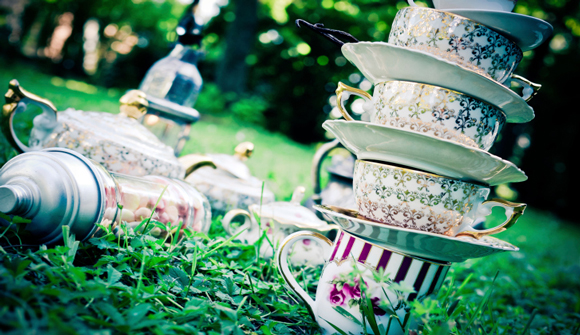 Congressional Query Into Russian Meddling Could Revive Bipartisan Oversight On Washington … Senator John McCain, Republican of Arizona, has said he would conduct an investigation into Russian interference with the election within the Armed Services Committee, of which he is chairman. –New York Times

The CIA. The Koch Brothers and parts of Congress seem to support PropOrNot’s  extensive list of 200-plus alternative-news websites that supposedly have disseminated Russian propaganda. According to this article, above, anti-alternative news fervor in Congress could serve to bind together the parties in a common cause.

In fact, this alliance is already broader than Congress. We recently published an article, here speculating on the involvement of powerful media manipulators and owners including the Koch Brothers and the Scaife Foundation. The Koch’s were publicly anti-Trump and reportedly tried to infiltrate Trump’s campaign in order to influence its direction.

It is certainly possible that the Koch’s helped organize PropOrNot and its list of alternative media websites, many of whom were at least to some degree supportive of Trump. But other support is becoming clearer as well, including support from  the CIA and, as mentioned above, growing bipartisan Congressional approval.

The Senate meanwhile passed a bill supporting additional government funding to investigate how Russian influence had been brought to bear on US elections.

Mitch McConnell, GOP Senate leader, has now made public statements endorsing investigations into Russian influence on American elections. We previously wrote here about McConnell’s resistance to this supposition and how criminal threats were starting to be made against him. On Monday he changed his mind.

What’s going on in Washington is obviously “hard ball.” All the harder because Russian influence on US elections – and hacking – cannot be proven without a reasonable doubt. Thus there is plenty of dissension over congressional moves and also over whether or not the Russians actually interfered in US elections, let alone made a Trump victory possible.

This is not going to stop Congressional investigations apparently and a presumably an ongoing misguided emphasis on the organized connivance of alternative media with Russia.

Russian meddling in the presidential election could have one unintended but potentially positive consequence: reviving a congressional willingness to conduct serious bipartisan investigations even if they pose political risks.

If members of Congress find a way to move forward together to investigate the Russian activities, it would represent a reversal from recent years when lawmakers were driven to mount full-fledged inquiries only if they could damage the opposition party and not their own. It could also provide a model for how Congress approaches future clashes with the incoming Trump administration.

Watchdog groups caution that the galvanizing force in this case is Russia, a subject that leaders of both parties are likely to rate an easy target.  “The Russians are not our friends,” Senator Mitch McConnell, the Kentucky Republican and majority leader, told reporters on Monday.

One group that seems to have no doubt about anti-Russian assertions is the CIA, which has let it be known in several ways that it has confidence in conclusions that the Russians influenced US elections and did so to help Trump.

Again, there is no actual hard evidence of this. Other US intel agencies have refused to endorse CIA conclusions. The FBI is known to be skeptical as well.

PropOrNot gained notoriety when the Washington Post wrote an article about the website and its accusations regarding the dissemination of Russian propaganda.

The Washington Post has refused to apologize for the article though a good deal of doubt has been cast on both the list and the initial reasoning that involving successful Russian influence in electing Trump. WashPo was reportedly part of a number of influential media entities including TIME and The New York Times that formed the core of the CIA-based “Mockingbird” propaganda push back in the mid 20th century.

Project Mockingbird supposedly reached an understanding with top mainstream media to disseminate important CIA propaganda. Much of what was disseminated involved US international stances and the need for military preparedness and action.

Back in the 1920s it has been reported that certain influential men purchased a large block of the US’s most influential media in order to form a media cartel. Like Project Mockingbird, the intention was to use these information outlets to propagandize at will.

Now it would seem that the influence of the mainstream media is being brought to bear on the alternative media with an eye toward removing an influential, if underfunded source, of truth-telling not directly affiliated with establishment news and information.

President-elect Trump has fought back against accusations that Russians hacked political servers or attempted to move the election in his direction and pointed out correctly there is no evidence of this, only circumstantial supposition. And it is probably unlikely that the Electoral College will be able to overturn what is evidently a legitimate political victory.

On the other hand, Trump has just appointed Mike Pompeo as to be head of the CIA, a man who has been called the Koch Brothers “favorite” Senator by the Nation. Additionally, the Kochs have reportedly set up their own CIA-like entity to engage in various forms of industrial and political spying. The group reportedly includes former CIA agents. It is even possible that the Kochs are secretly supportive of Trump despite their public denigration of him.

What’s not clear is how powerful certain misguided alliances are or even how powerfully they will hound the alternative media. However, a list does exist and over 200 entities stand accused of supporting Russian propaganda.

Conclusion: It is astonishing to us given the list’s high profile and possible involvement of powerful American families and foundations that more voices have not been raised against the potential investigations in Congress. The evidence is apparently not what it is said to be and neither is a major target: the alternative media.

Editor’s Note: Some of this might seem as politics-as-usual, though of a very dirty variety, but the ramifications will could certainly affect the alternative media that has already been accused of co-conspiring with Russia to affect the elections. The Daily Bell is a libertarian publication and its articles have often stated that people ought to look out for their own interests first as best they can because politics are unpredictable and usually don’t change much – or just make things worse. Additionally, as a libertarian publication, DB has published articles in the past explaining that RT and Putin himself are part of the larger questionable dialectic being presented by East and West. In no way can DB be considered a proponent of Russian propaganda.