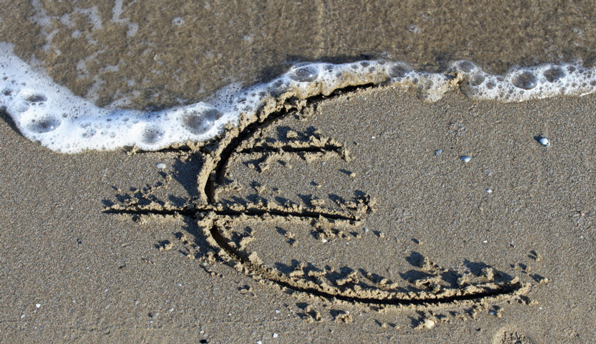 Crisis stalks Europe again as deflation deepens, Germany stalls … Data from Germany, Italy and Portugal put pressure on ECB to act … The ECB is waiting to see whether its new four-year loans for banks will stop the relentless contraction of credit and stave off the threat of a Japanese-style deflation trap … Portugal has crashed into deep deflation and Italy's inflation rate has fallen to zero as the eurozone flirts with recession, automatically pushing these countries further towards a debt compound spiral. The slide comes amid signs of a deepening slowdown in the eurozone core, with even Germany flirting with possible recession. – UK Telegraph

Free-Market Analysis: It is probably true that the EU is slipping back toward "recession." But this not because the European Central Bank is constrained from offering the correct monetary policies, as this article implies.

The ECB doesn't need more power or flexibility. The euro needs to go away.

Europe's nation-states need to reclaim their own monetary destiny. Really creative monetary officials would suggest their treasuries back their new currencies with gold.

Imagine if Greece backed its neo-drachma with gold. The world would beat a path to its door. Won't happen, though, or not if the Brussels' bureaucrats can help it.

Germany's ZEW index of investor confidence plunged from 27.1 to 8.6 in July, the sharpest fall since June 2012, during the European sovereign debt crisis. "The European Central Bank has to act now," said Andrew Roberts, credit chief at RBS. Markets were stunned by the sudden fall in Portugal's HICP inflation to -0.7 in July, from -0.2pc the month before. Spain's provisional estimate is for a fall of 0.3pc.

The risk is that this cause inflation expectations to become unhinged and extremely difficult to reverse. "The latest inflation figures call for the ultimate bazooka from the ECB. We're seeing the Japanification of Europe," said Lena Komileva from G+ Economics.

"Deflation pushes up the debt ratios in the southern countries and makes their task even more insurmountable." The ECB is waiting to see whether its new four-year loans for banks (TLTROs) will stop the relentless contraction of credit and stave off the threat of a Japanese-style deflation trap, but the auctions will not take place until September and December.

"Europe could be in deflation before the TLTROs have even begun. They cannot wait until February or March to start thinking about quantitative easing," said Mr Roberts.

Morgan Stanley warned that Germany's economy contracted by 0.1pc in the second quarter, raising the risk of outright recession as the Russia crisis starts to bite. "Momentum really stalled in May and June," said Hans Redeker, the bank's currency chief.

"It is very difficult to keep recovery going in the eurozone without credit. Companies are just eating up their cash flow." Germany's factory orders from the rest of the eurozone dropped by 10.4pc in June, a fall not seen since the white heat of the Lehman crisis in late 2008. The DAX index of stocks in Frankfurt has plummeted 10pc over the past month, while yields on 10-year German Bunds have dropped to historic lows of 1.06pc.

The only possible solution to the above grim state of affairs is an "ultimate bazooka." Presumably this means adding considerable liquidity to the eurozone via various money printing programs. But how this would be accomplished is difficult to say as EU agreements between nation-states make such asset inflation illegal.

There are good reasons why it's illegal. Germany, for instance, doesn't need the same level of inflated assets as Greece, Portugal or Spain, as Germany's government-debt situation is not so bad. Southern Europe needs massive price inflation to correct government payment imbalances. For Germany, such inflation would simply be an additional tax.

The deeper issue, however, is the question of why the remedy for eurozone weakness must be a monetary one.

The accepted idea is that if economies are not functioning as they should, the central bank ought to step in and provide liquidity. But actually, as we have seen, this merely reinflates asset bubbles. We've had over a century of formal Keynesianism now and there is no instance where printing money has not ultimately caused another asset bubble and an eventual slump.

This state of affairs is not mentioned in the mainstream media but it ought to be. What is the sense of sliding from one recession to the next in between monetary manias that generate great bursts of overproduction?

The verbiage used by central bankers creates a perception that there is a steady state of economic normalcy that everyone is striving for. But in reality, what central banks do is overshoot or undershoot. Thus, central banking economies are either stumbling toward recession or lurching toward an uncontrollable boom.

We are supposed to understand that monetary technocrats can use various economic tools to "manage" the economy and smooth out the "rough patches." One might have been able to make this argument in the 20th century but not the 21st. The reason central bankers were able to make this argument actually had to do with World War II. It was World War II that pried the US in particular out of the Great Depression.

Without World War II, people would have seen much sooner that central bank price fixing – and Keynesianism in general – was a failing strategy. The strength of the US dollar and its reserve status helped disguise central bank dysfunction in the 20th century. But in the 21st century, there will likely be no world war to undo the West's latest great crisis.

This article predicts that the eurozone is headed back into recession and that monetary policy must be stimulative to return the eurozone to normalcy. In fact, much of the eurozone is having problems because governments are spending too much and citizens are producing too little.

The solution is not to print more money. The solution is to give people the freedom to build their own economic lives as best they can. Castaways arriving on a desert island do not build a printing press; they attempt to grow and gather food.

There is nothing about modern Western economies that is normal or natural. But by constantly framing economic vitality within a Keynesian context, those who organize and lead Western economies are precluding people from thinking about their socioeconomic situation any other way.

This article is a good example of that kind of thinking. There are no other options except monetary ones, we are told, yet the results of such monetary options are bleak indeed.

Digital super money flows from central bank printing presses into banks, corporations and then into stock markets and high-end real estate. This monetary flow has little to do with generating widespread employment and creates mostly asset bubbles that will burst, creating more unemployment.

Stock markets go up. Real estate becomes pricier – and gradually the middle class is squeezed out of existence. This is the reality of the modern-day economic system. It is a story that is not being told enough, though thanks to the Internet Reformation, the reality of the West's faux economic management is gradually becoming better understood.

But it is a difficult task because people have to accept that the system they have been taught to believe in doesn't exist. It's merely a way station to further centralization and globalization.

The system we have now is collapsing due to its own dysfunction. But what comes next will depend on how educated Western populations are regarding what has gone wrong. Hopefully, enough people will eventually understand realities; out of these insights a better, freer and more prosperous economy may arise.