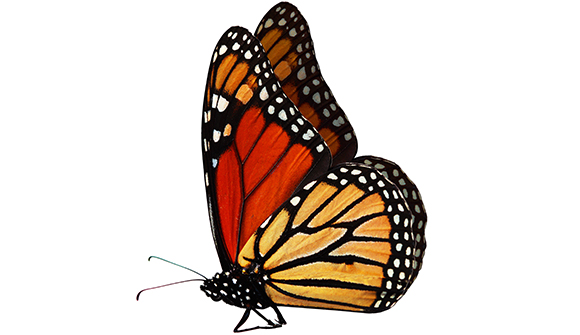 No Taper Tipoff: Fed Keeps the Easing … The Federal Reserve will keep its version of the monetary printing press running a while longer, though Chairman Ben Bernanke provided hints Wednesday that the days of extreme easing are coming to a close. At a news conference, the central bank chief said if the economy continues to improve the asset-purchasing program could start winding down towards the end of 2013 and wrap up in 2014. – CNBC

Dominant Social Theme: Stock markets are an aggregate of billions of decisions. The magic of the market …

Free-Market Analysis: For years, we've tried to explain that monetary policy is what influences markets the most. This is not an idle speculation by any means. If people internalize the realities of modern economics, then they will be better able to protect their own investments and provide for their families.

As we can see from Ben Bernanke's appearance yesterday, even the idea that the Federal Reserve was going to lower its level of participation in the marketplace had a convulsive effect on markets worldwide. The primary influencer of securities activity is central bank money printing.

There are other lesser influencers, of course. When the market is going up within the context of the business cycle, good ideas certainly aid the ascension of a particular company's equity progress. But within the larger context, "We No Longer Have Free Markets." You can see that story here:

UK Telegraph: 'We No Longer Have Free Markets'

What was the damage wrought by a single individual making carefully hedged statements? As Bernanke was speaking, the sell-off began. Here's more from the article:

Markets sold off aggressively on the news, with major averages dropping nearly 1 percent. The five-year Treasury note hit its highest yield since August 2011 while the benchmark 10-year note hit a 2011 high. In a decision eyed with a surgeon's precision on Wall Street, the central bank's Open Market Committee tiptoed around the vaunted "tapering" question, saying it will continue watching the economy for more gains.

The Fed more or less met market expectations for this meeting, though some traders thought it would lay out a groundwork that could lead to at least a modest tightening of its $85 billion a month bondbuying program by September. At a subsequent news conference, Bernanke said scale-backs in the asset purchasing program will only happen if the economic data gets better.

Interest rate hikes, he said, are "still far in the future." While the Fed's economic forecast indicated some mild optimism for growth, Bernanke said investors shouldn't read too much into that. "If you draw the conclusion that I've just said that our purchases will end in the middle of next year, you've drawn the wrong conclusion, because our purchases are tied to what happens in the economy," he said.

Bernanke refused to address questions about his future at the Fed as his second term winds to a close. President Barack Obama caused a stir this week when he said the chairman had stayed on longer than he intended. The Fed statement changed little from the May meeting, though it did sound a modestly upbeat note on the economy.

"We pretty much have a Fed statement and summary of economic projections that leave us believing what we believed yesterday, which is the Fed is going to taper at some point, maybe at the end of this year, maybe in 2014," said Art Hogan, managing director at Lazard Capital Markets.

Does this sound like a series of terrible threats? No. It sounds like a very nuanced forecast with hardly an ounce of immediate action. And yet here is a summary of what's going on Thursday morning, from Fortune:

Investors may be in for a Bernanke hangover Thursday … U.S. stock futures were weaker across the board ahead of the opening bell. S&P and Nasdaq futures were down about 1% and Dow futures fell 0.7%.

"It looks like we're off to an ugly start," said Peter Cardillo, chief market economist for Rockwell Global Capital. "We have the Fed show weighing heavily on the markets."

Bond yields continued to spike Thursday, with the 10-year Treasury yield rising as high as 2.45%. That's its highest level since August 2011. At the same time, gold prices plunged and the dollar rallied against the euro and the yen.

World stock markets were deeply in the red as investors feared the Federal Reserve might begin reducing the pace of stimulus toward the end of this year.

A weak reading on China's factories further rattled investors as it stoked concerns about slowing growth in the world's second biggest economy.

Again, we want to emphasize that Wednesday's conference consisted of a single man making some vague remarks that did not provide a timeline or even a series of quantifiable numbers.

Money power is so concentrated that even a whisper is a shout.