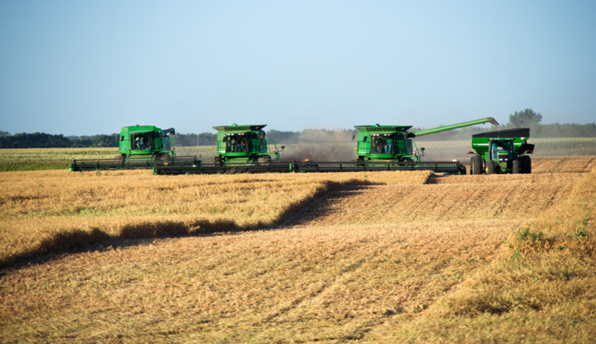 STAFF NEWS & ANALYSIS
Monsanto is finally getting a taste of its own poison
By Joe Jarvis - May 29, 2019

Monsanto is the quintessential evil corporation.

In the 1960s it manufactured Agent Orange, a defoliant–hardcore weedkiller–which the USA used during the Vietnam war. The military sprayed vast swaths of the jungle causing horrible health effects like cancer and birth defects in American veterans and Vietnamese civilians exposed to the chemical.

Then Monsanto brought their products home to the USA and started dumping its poison on the homeland.

Glyphosate is the main ingredient in Roundup, widely used as a weed killer. Monsanto holds patents on gene edited varieties of crops modified to withstand the herbicide while weeds die around them. It is also used to kill wheat plants for easier harvesting.

This means that practically everyone in the USA who consumes mainstream food products is exposed to Roundup.

Evidence suggests that gluten intolerance could be related instead to glyphosate intolerance. And the rise of certain types of cancer in the USA also corresponds to the use of Monsanto’s weed killer.

US regulatory agencies like the USDA (United States Department of Agriculture) and EPA (Environmental Protection Agency) claim that glyphosate is safe for humans and the environment.

But American courts begs to differ.

About 13,000 civil cases against Monsanto are moving through the court system.

The first three came back in favor of the plaintiffs. The evidence showed that Roundup caused cancer in people exposed to the weedkiller.

So far the price has added up to $2 billion for the company, but it looks like that is just the beginning.

Now investors are fleeing, and the value of Bayer has fallen by 40% since it bought Monsanto. Bayer is now worth $59 billion, less than it paid for Monsanto.

It is about time somebody pays for the damage Monsanto’s poisons have done to people. For too long this company has teamed up with the US government to poison the population for profit.

It will be satisfying if the civil damages mount to the point where these companies are liquidated in order to pay the victims. It is only fitting that the Roundup poisons and withers the companies which profited from it.

And with US courts finally holding companies accountable for the people they harm, this will stop other profit-seeking companies from going anywhere near the poison glyphosate.

Now if we could just hold the US government accountable for its part in poising its people, and playing defense for Monsanto…