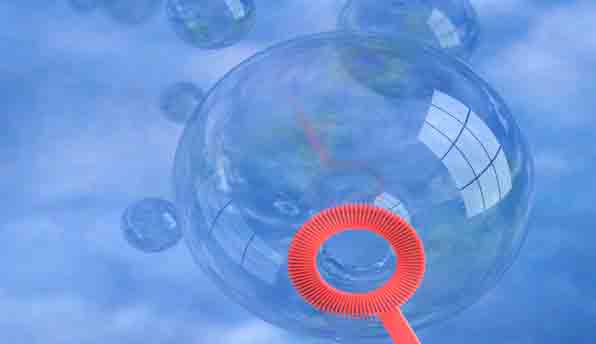 Scientists Have Announced a Plan to ‘Refreeze’ the Arctic … Desperate times call for desperate measures, and with temperatures near the North Pole hitting an unheard-of 20°C (36°F) warmer than average last year, things in the Arctic are undeniably grim right now. But rather than sit by and watch as the sea ice disappears from the region at an unprecedented rate, scientists have hatched a crazy plan to ‘refreeze’ the Arctic, by installing some 10 million wind-powered pumps over the ice cap to spray sea water over the surface and replenish the sea ice. -Science Alert

This is a strange idea that only gets stranger as the article continues. Ultimately the idea is to put 10 million blowers on the Arctic ice in order to refreeze it. Total cost: in excess of $500 billion.

That’s what global warming scientists want to do.  “Our only strategy at present seems to be to tell people to stop burning fossil fuels,” lead researcher Steven Desch, told The Guardian.

But the alternative he and others have come up with is to use 10 million wind-powered pumps to add up to an extra metre to the sea ice in the area.  “Thicker ice would mean longer-lasting ice,” he told the Guardian newspaper. “In turn, that would mean the danger of all sea ice disappearing from the Arctic in summer would be reduced significantly.”

The team predicts that pumping 1.3 metres of water on the surface will result in the ice being thicker by 1 metre (3.2 feet). In other words, that’s 7.5 kg per second of water (16.5 pounds), or 27 metric tonnes per hour.

“It is noteworthy that half of the Arctic sea ice currently has a mean annual thickness of only 1.5 metre [4.9 feet],” they report. “Adding 1 metre of ice in the course of one winter is a significant change.”

… [I]t would require a wind turbine with blades on order 6 metres in diameter [19 feet], with weight on the order of 4,000 kg of steel [8,818 pounds]. To keep this afloat would require the buoy contain a roughly equal weight of steel. As a round number, we estimate about 10,000 kg of steel [22,046 pounds] would be required per device.”

Scientists have actually thought about this before. They’ve discussed “whitening” the arctic by dispersing aerosol particles that will repel solar radiation. They’ve also talk about adding cloud cover to prevent heat from reaching the ice.

Because it would cost so much, nations from around the world would have to pitch in. And the money would go to basically creating a gigantic air conditioning system.

Not doing something risks losing polar bears, cod and most importantly, the ability to use ice to radiate heat away from the arctic. According to these scentists, the result of waiting would be catastrophic.

“The records [for the Arctic] are astounding because there are so many of them. The extra warming that is happening up in the Arctic – the ‘Arctic amplification’ – has been the greatest we’ve ever seen,” Jennifer Francis from the Institute of Marine and Coastal Sciences at Rutgers University reportedly told Fischetti.

But while the article doesn’t say it, at least some of the data used to  generate the grimmest outcomes has likely been faked.

Recent papers were publish using temperatures were used that were higher than those based on ordinary calculations. They were developed from ships rather than from normal weather outlets. This sort of fakery goes back many years and includes other other faked data that apparently appeared in various publications.

Additionally, while Arctic ice may be losing ground – and that’s a big if – antarctic ice is gaining in thickness and length. What these scientists are saying may or may not be true, with an emphasis on the “not”.

Generally speaking, there doesn’t seem much broad evidence of global warming, and what there is of it, if any, is regional, not worldwide.

Conclusion: It’s about raising the alarm again rather than focusing on what’s really going on. And that’s too bad.