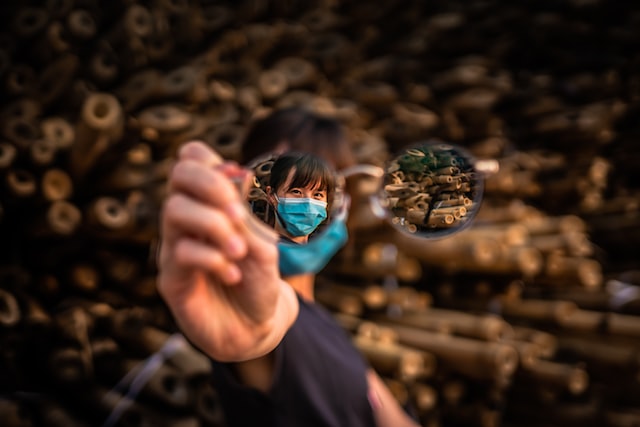 China has long been the globalist’s playground – a digitalized hellscape in which technocrats enjoy near-total social control over a sea of easily exploitable slaves. Human rights are non-existent. Life is cheap.

Because humans are evolutionarily predisposed to be terrified of contagion, and governments capitalize on fear that paralyzes and pacifies the population, COVID provided the perfect pretext to supercharge the dystopianism. Hence the CCP’s brutal “Zero COVID” policy.

From an American perspective, the CCP’s policy is relevant because of Western leaders’ self-professed deep admiration of Chinese authoritarianism. Increasingly, figures like Canadian PM Justin Trudeau and WEF head Klaus Schwab say it out loud.

NEW – Klaus Schwab says China is a "role model for many countries" and proclaims a "systemic transformation of the world" on Chinese state television.pic.twitter.com/ES1LBZPLJP

So what has the CCP been up to that’s so praiseworthy, that stirs such deep admiration in the eyes of the World Economic Forum?

You might have assumed the Mad Max theme in the title was hyperbole. The following images will confirm that it’s not. Bear in mind that these images are merely a sample of life on the ground in Beijing or Shanghai – what’s somehow trickled through the Great Firewall.

Human contact is too good for them. So is nutrition – imagine the ungodly GMO trash contained in this grain brick. If the loneliness doesn’t kill them, the food will.

All-out brawls erupt on city streets: the people vs. the Big Whites

There is some speculation that the Chinese military is now wearing Big White uniforms. This video of them marching in formation would lend credibility to the theory.

Slave meets Big Whites at his doorstep with meat cleaver

Where are the international human rights NGOs? Where are the ostensibly American businesses that represent the best of neoliberal values? Where’s all the Democracy™ and Our Values™ rhetoric from the Brandon administration? Suddenly they’re all shrugs – as if human rights abuses only matter when Putin commits them.

The multinational corporate state is subdued on the issue because it’s quietly jealous of China’s COVID policies.

Un-indicted COVID war criminal Anthony Fauci, the chief architect of the US lockdowns and funder of Wuhan’s virology lab that likely leaked the SARS-CoV-2 pathogen, recently intimated that China’s brutal oppression is kosher as long as the goal is to force vaccination:

“The comment that I made about their severe actions that they’ve taken is that you have to have an endgame. What’s the purpose? If the purpose is let’s get all the people vaccinated, particularly the elderly, then OK. For a temporary period of time to do that, but they have very, very strict type of a lockdown.”

Biden Chief Medical Adviser Anthony Fauci on China’s draconian lockdowns: “If the purpose is ‘let’s get all the people vaccinated, particularly the elderly,’ then okay” pic.twitter.com/MMIXJJDpu0

As we all learn in civics class, the Bill of Rights can be suspended at the whim of unelected bureaucrats so long as it’s for a good cause, like coercing the population into getting mandated medical treatment. That’s very clearly stated in the Constitution, as Constitutional scholar Fauci illuminated.

If the left got its way, we would all be suffering as the Chinese people are under Zero COVID.