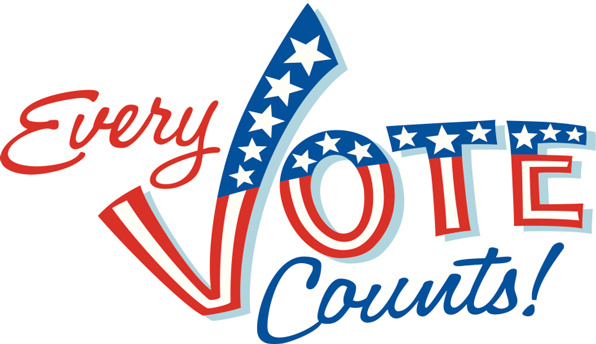 Americans hate Congress. They will totally teach it a lesson by not voting … Americans are angry at Congress – more so than basically ever before. So it's time to throw the bums out, right? Well, not really. In fact, Americans appear prepared to deal with their historic unhappiness using perhaps the least-productive response: Staying home. – Washington Post

Dominant Social Theme: People need to vote. Each vote is like a snowflake, unique and precious.

Free-Market Analysis: We heartily encourage people not to vote. Your vote doesn't really matter within the larger scheme of things. Anyway, many voting districts are so gerrymandered that the incumbent would have to perform a ghastly crime in broad daylight to stand any chance of losing.

But even more importantly, say that your vote does make a proverbial "difference" – what then? Is Congress going to change? Is Leviathan going to be reduced? Really? …

What about DC's ubiquitous intel agencies: the FBI, CIA, NSA, etc.? If someone comes in with an agenda of significant change, will he or she be subject to some sort of intimidation or blackmail? Perhaps this explains the lack of enthusiasm on the part of US voters … and politicians as well. They're not disabused. They're realistic.

A new study shows that Americans are on-track to set a new low for turnout in a midterm election and a record number of states could set their own new records for lowest percentage of eligible citizens casting ballots.

The study, from the Center for the Study of the American Electorate, shows turnout in the 25 states that have held statewide primaries for both parties is down by nearly one-fifth from the last midterm, in 2010. While 18.3 percent of eligible voters cast ballots back then, it has been just 14.8 percent so far this year.

… What's perhaps most notable, though, is the partisan difference. Republican primary turnout overtook Democratic turnout for the first time in 2010, and that difference is even bigger this primary season. In fact, GOP primary turnout has been pretty steady over the past four decades, but Democratic turnout has dropped consistently — including by about 30 percent this year, from 8.7 percent to 6.1 percent. That's the biggest decline on-record.

This hardly the first warning sign when it comes to Democrats' turnout problem. But if it portends anything close to what's coming in the 2014 election, that's really, really troubling for Democrats. More than that, though, the poll reinforces that, no matter how upset people are with Congress, they still aren't really feeling the need to do much of anything about it.

Again, as pointed out above, it's probably not a question of anger. It's realism. The system has been degenerating for years. Every law that's passed, every regulation that is implemented only seems to make things worse.

And of course, from our point of view, there's a reason for this: Those who have organized this system seek its degeneration. They wish for disorder that will allow for the creation of a NEW order. A more global one.

Even if people cannot fully verbalize this perception, they are in some sense aware of it, just as they are aware of how far the US has fallen. Today there are 50 million US citizens on food stamps and another 50 million on Medicaid or Medicare and other public services. The government is the biggest provider of safety nets, not the family, or so it seems.

The article above does point out a significant anomaly, which is that "Republican primary turnout overtook Democratic turnout for the first time in 2010, and that difference is even bigger this primary season." For some reason, however, the article doesn't come to the rational conclusion that the Tea Party is responsible for increased turnout. Yet it probably is.

Unfortunately, there is a great deal of antipathy when it comes to the Tea Party and thus increased involvement is probably not seen as a positive sign even by those who wish for more political passion and activism. The establishment itself only wants more voter turnout if such turnout validates the system as it is currently.

We can see this sort of sentiment in a recent Politico post about Senator Chuck Schumer entitled, "End Partisan Primaries."

Sen. Chuck Schumer is calling for partisan primaries to be abolished, saying the current system engenders unhealthy political polarization. "The partisan primary system, which favors more ideologically pure candidates, has contributed to the election of more extreme officeholders and increased political polarization," the New York Democrat wrote in a New York Times op-ed published Monday. "It has become a menace to governing."

Schumer said that partisan primaries embolden "the 10 percent at each of the two extremes of the political spectrum" and pointed to House Majority Leader Eric Cantor's surprise loss to Dave Brat, a political novice who ran to the right of Cantor with the support of the tea party.

He said that this was particularly problematic given the low turnout in primary elections, writing that "primaries poison the health of that system and warp its natural balance, because the vast majority of Americans don't typically vote in primaries."

Schumer argued that partisan primaries have had a particularly pernicious impact on the Republican Party, "where centrists and moderates are increasingly rare." Schumer instead called for the country to adopt a "top-two" primary system like that of California, in which all voters, regardless of party, cast ballots in a primary election. Then the top two vote-getters proceed to a general election runoff.

Presumably, using this system, two Democrats could run against each other in a primary, or two Republicans. Former New York Mayor Mike Bloomberg has advocated for significant changes in the political system as well. As we recall, Bloomberg has in mind abolishing political parties to make elections solely dependent on the candidates' apparent qualifications.

The issue is not whether government should be reduced or otherwise altered but only the competence of those who wish to utilize its enormous powers. This is an entirely technocratic vision of governance. There is no question whether people should be governed; the issue is merely one of expertise. Who is best fitted to wield Leviathan's great leverage?

It may be that Schumer and Bloomberg get their way eventually. These are strange times after all. But even were the system itself to change, we doubt it would attract more enthusiasm.

Basically, those who want to change the system to make it more predictable and "middle-of-the-road" are stuck. Public sentiment is actually moving in the other direction. Those who do participate at least on the Republican side are apt to be more disruptive not less.

This is predictable if you believe as we do that the increased spread of information thanks to 'Net technology is beginning to undermine power elite "business-as-usual."

The endless destruction of Western prosperity in order to generate ever more powerful global facilities is being greeted with growing pushback, as are candidates that are seen as supporting this increasingly destructive program.

We would predict that these trends are only going to increase over time: There will be less voting but voters will tend to be even more extreme.

This won't just be true of primaries in the future but will spill over into general elections. Those who want more voter participation – at least in the US – better be careful of what they wish for.