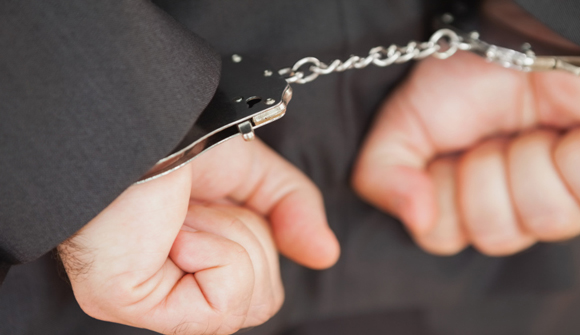 Bear in mind that the UK already has some of the strictest Covid rules in the world right now. People must stay at home and only go out if they have a “reasonable excuse”.

Anyone who attends a gathering of more than 15 people faces steep fines of 800 pounds (about USD $1,100), and anyone who organizes said gathering faces a fine of 10,000 pounds.

All ‘non-essential’ businesses are closed. And, just like incarcerated felons, Brits are allowed to exercise outside once per day.

Now, those rules have been in place already for the past few weeks. But on Monday, the government established harsh rules for travelers.

Effective immediately, anyone who arrives to the UK from the so-called “red list” of countries, (including all of South America, Panama, most of southern Africa, the United Arab Emirates, Portugal, etc.) must purchase a quarantine package that costs around $2,400 per person.

The rules require that travelers from the red list quarantine in government approved hotels (not at home), and the package includes accommodation, testing, etc.

As a further measure, the new rules also threaten fines and imprisonment of up to TEN YEARS if anyone is found lying about their travel history in order to avoid the quarantine package.

You read that correctly. Ten years in prison.

The British government, naturally, has defended the severity of these penalties, with the Health Secretary stating, “I make no apologies for the strength of these measures. . . People who flout these rules are putting us all at risk.”

This is typical, small-minded thinking of the scare class.

They believe that Covid is such a terrible scourge that no measure is too harsh, no liberty is off limits. And anyone who isn’t sufficiently terrified is a threat to public health and national security.

This is the same fanatical logic that cause the wholesale dismantling of our freedoms after 9/11. Terrorism was the terrible scourge twenty years ago, and, similarly, no measure was too harsh, and no liberty off limits, to protect us from it.

Reason has been completely abandoned. Even very prominent voices call anyone who disagrees with them a “murderer”.

In late December, for example, one outspoken British medical researcher told BBC Radio that people who don’t socially distance and wear masks “have blood on their hands.”

But what about all the people who have died or been severely injured BECAUSE of the Covid measures?

What about the dramatic increase in suicides, alcoholism, and domestic abuse?

What about the alarming rise in self-harm among children?

What about the untold numbers of people who don’t realize they have unchecked cancer growing inside of them, because they’ve been scared away from having routine mammograms, pap smears, colonoscopies, etc. that would have caught a malignant tumor early?

It seems to me that these Covid rulemakers… and the house cats who cheer them on… have blood on THEIR hands.

Not to mention– threatening someone with ten years in prison for lying about their travel history seems completely absurd, especially when compared to other sentencing guidelines.

It turns out, for example, that according to section 61(2)(a) of the Sexual Offences Act of 2003, administering drugs to someone in order to engage in unwanted sexual intercourse (e.g. Bill Cosby) can carry a lesser sentence than the new Covid rules.

In fact I’ve taken the liberty to provide a partial list of other crimes in the UK that carry an equal or lesser sentence than lying about your travel history:

So, in summary, rapists, traitors, violent white supremacists, murderers, and pedophiles, can receive lighter sentences for their crimes than someone who lies about having been to Portugal.

This is what constitutes good governance in 2021.