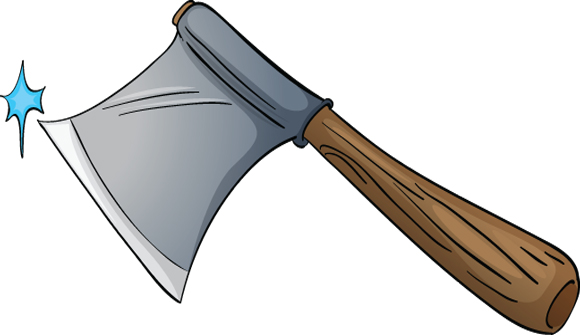 The new head of the Federal Reserve: Dove ascendant … Janet Yellen will stick to her predecessor's expansionary policies … an uphill slog awaits. For most of the past few years, monetary policy has urged the economy on while dysfunctional fiscal policy has held it back. Barack Obama's decision to nominate Janet Yellen to succeed Ben Bernanke as the Fed's chairman in February raises the odds that stimulative monetary policy will continue. – The Economist

Free-Market Analysis: Can we call 'em or what? This is one of those narratives that grows stronger as we go. First the JOBS Act, then the cave-in on "tapering" and now comes the Big Bird herself, Her gray eminence, The Dove: See the article excerpt above.

The Big Boys are getting ready for another stock market blow-off. How else to read the proverbial tea leaves? We've likely read this one correctly, at least so far. And if we're right, this is going to be (to mix metaphors) a kind of nuclear explosion, after which comes the long, icy winter.

The world is a mess. Economies are reeling. More importantly, people understand what's going on and what's happened to them. It's one reason mainstream newspapers and magazines are doing everything they can to minimize article feedback. The New York Times actually has barred feedback in some articles. If we recall correctly, something about the hoi polloi not providing proper analysis.

When it comes to many of the things publications like The New York Times or The Economist present, there is no "proper analysis" except to note in disgust that liars lie. Mainstream publications are filled with lies these days. We call them dominant social themes, elite talking points that are designed to frighten Western middle classes into giving up wealth and power to ever-more globalized sociopolitical and economic facilities.

We sit and watch the process agape … especially when it comes to economics. We are still supposed to believe that debasing the currency is a viable way of promoting prosperity.

"Your money is worthless, so we will print more of it," doesn't strike us as good monetary policy. Yet this is what we are asked to take seriously. This is what The Economist and its sister publications are promoting. This is the "policy" that Yellen brings to the table.

To add proverbial insult to injury, we are told the appointment of Yellen, assuming she ascends to the throne, marks the coming-of-age of the modern, professional woman in a time of gender-enlightenment. For us, as critics of the process, this is a bit like claiming that Bloody Mary, Queen of England, was a step forward for female equality because she returned England temporarily to Catholicism.

And if that seems harsh, dear reader, please consider the misery that has overtaken the US and Western Europe. Suicides are up; self-immolations, too. Formal employment has eroded precipitously and if you took a REAL poll, you'd probably find a lot more people wish they were dead than you might expect.

This is all the bitter harvest of monopoly central banking, which gives a handful of people the arbitrary right to decide on the volume and price of money at any given time … and thus ruin the lives of many others.

Janet Yellen, heir to the throne, is well known for her thoughtful, consensus-driven approach regarding these issues. But price fixing – and its damaging or deadly results – is not a parlor game. In real life it has terrible consequences, though we seldom read about them or see them directly attributed.

This article, excerpted above, does make mention that Yellen's inflation-driven collegial style is seen as troublesome by some, but the larger focus of whether anyone should have the right to make such decisions is never examined. Here's some more from the article:

But disquiet about that stance is growing. In addition to being the first woman to run the Fed, Ms Yellen is also the first acknowledged dove. Presidents once felt compelled to appoint monetary-policy hawks such as Paul Volcker and Alan Greenspan to reassure markets that the Fed would not succumb to the political system's inflationary bias.

In appointing Ms Yellen Mr Obama has implicitly acknowledged how much the world, and the Fed's priorities, have changed. Since 2008 America, like many other countries, has struggled with slack demand and high unemployment. Meanwhile, energy prices excluded, inflation has persistently fallen short of the Fed's 2% target.

Ms Yellen is not alone in believing that unemployment is a bigger problem than inflation. So do most of her colleagues on the Federal Open Market Committee, through which the Fed sets interest rates. But she has felt that way longer and more strongly. She pushed publicly last year to hold interest rates near zero for longer than the Fed then planned, to hasten the fall in unemployment, even if that caused inflation to rise briefly above 2%.

She was the principal author of the Fed's current statement of long-term goals and operating principles, which stresses the equal importance of its twin statutory goals of full employment and low inflation. As vice-chairman, Ms Yellen helped Mr Bernanke nudge the FOMC towards its commitments to keep its benchmark interest rate at zero (where it has been since late 2008) at least until unemployment has dropped to 6.5% and to keep buying $85 billion-worth of bonds a month with newly printed money ("quantitative easing", or QE) until the labour market has improved substantially.

These policies have not fuelled inflation, as hawks feared they might. Indeed, Ms Yellen would probably welcome having to tighten due to inflationary pressure, because that would mean demand was buoyant. But hawks still worry that the Fed is distorting prices in financial markets, breeding excessive risk-taking and preventing investors in Treasury bonds from demanding fiscal discipline.

Let's unpack this a little bit, especially the last graf. We're told that quantitative easing hasn't fueled inflation, "as hawks feared." First, printing money IS inflationary. What The Economist means to say is that prices haven't risen commensurately with all the extra money being printed.

Additionally, The Economist makes the claim that inflationary pressure means "demand [is] buoyant." This is a misreading of how inflation works in a central banking economy. One can have high inflation and low demand. One can have high inflation from monetary over-stimulation and stagnant employment. It's called "stagflation" and until it happened in the 1970s, Keynesians denied it could exist. But it could, it did and it does.

Printing money is not a panacea. It is not even a good outcome. It is a promotion, one of the most pernicious. But everything associated with modern monetary policy is a kind of lie. It's a made-up science administered by made-up experts. The policies of debasement, that lead to further economic ruin and increased sociopolitical centralization, are endlessly justified and celebrated. In our topsy-turvy world, one ought to believe the opposite of almost anything one hears regarding money.

The article closes as follows:

Once in office, Ms Yellen is likely to pursue a gentle "taper" coupled with a firm commitment to keep interest rates at zero. If the economy falters—an all-too-real possibility given America's budget mess—she may want to increase QE, but might struggle to persuade her colleagues. The Fed's strength, she said in accepting the nomination, is its capacity to "vigorously debate diverse views, and then to unite." Maintaining that trait may be her biggest challenge.

You see? Ms. Yellen's biggest challenge may be "consensus." Not rationalizing a crazy system. Not stopping the debasement. Not arguing for monetary sanity. Only doing her best to ensure that the psychosis of the modern money mechanism continues to function in a collegial manner.

The West is in a death spiral of sorts. Someone like Ms. Yellen is only likely to accelerate that spiral but to do it in a manner that greases the gears. Everyone at the Fed, if Ms. Yellen does her job right, will be appreciative of her gentle touch and the kindness of her manner right up until they smash into the proverbial brick wall going 90 miles an hour.

The power elite has badly miscalculated the anger that people feel about what's happened to them, their savings, their jobs and their solvency. The elites no doubt have realized by now that too many understand what has gone wrong and what the real culprit is. But ever their solution to this problem is to rev up the printing presses in the hopes that a rising stock market will drown out the catcalls.

This, in fact, is the big bet that is looming regarding the appointment of Yellen. Clearly, they didn't want Larry Summers, who might have slowed the plunge toward monetary oblivion. They wanted this woman, who somehow believes that the act of money printing is an affirmation of prosperity.

Yes, it will be for those who participate in this final stock market blow-off, assuming they get in and out in time. But the aftermath is going to be grim, indeed.

This isn't about monetary policy any more. Monetary policy in the 21st century doesn't exist. It's merely a justification for allowing a small group to pocket what may be trillions based on the manipulation of Western economies. They'll never explain it, of course. They will use scientific jargon. They will take something that is very simple and make it sound complex. They will complicate it with gender issues and observations about collegiality. But at root, what is going on is very simple … and deadly. Ms. Yellen will swing the axe.