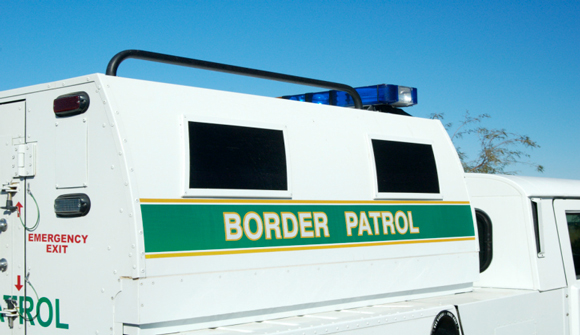 Dominant Social Theme: It makes a lot of sense for US and Canadian security personnel to work together – maybe under the same regime.

Free-Market Analysis: We last wrote about the nascent NAU in late January, in an article entitled, "Shock: CNN Editorial Calls for a North American Union."

Now, once more, these three large states seem to have taken another step toward unity. But before proceeding, let's review the CNN article, which we quoted as follows:

Why we need a North American Passport … The future success of North America depends partly on how the U.S., Canada and Mexico work together … The future of the United States lies in North America. This is not a geographic truism, but a strategic imperative. Generations of Americans, distracted by far-flung crises, have long taken our own region for granted. This must change if the 21st century is to be an American century.

We began our January analysis with the following comment:

Is the campaign for a North American Union officially underway with this editorial appearing in CNN? Certainly conspiracy theorists might be justified in thinking so.

Now we can update our speculation – as there is this announcement, reported by the CBC, that US and Canadian border agents can work within each other's countries.

Will they do so within the context of a unified command? The details are yet unclear but when governmental agents work by treaty in each other's country, it's certainly a step toward a bureaucratic union.

The increased overlap between Mexico and the US is being driven by a reduction in immigration controls that is intended to allow more legal cross-border travel.

In Canada, where resistance to a merger with the US is even higher than in Mexico, bureaucratic unity drives the program. And it seems obviously to be a program. A series of treaties and joint accords are gradually binding the governments of the three countries into an ever-tighter embrace.

Public Safety Minister Steven Blaney and Homeland Security Secretary Jeh Johnson have signed a customs pre-clearance agreement for rail, land and sea travel that was years in the making. The arrangement would allow customs agents to work in each other's countries, which means they could screen passengers away from the border and ease the choke points.

… Maryscott Greenwood of the Canadian American Business Council said the agreement will use modern technology to speed up things at the border. "It's dramatic, it's historic, it's a big day in Canada-U.S. relations," she said. The statement says the agreement applies to all modes of transport, which could include passenger vehicles. It also says customs agents will be allowed to carry firearms in each other's countries.

We can see from Greenwood's comments that this isn't merely a border agreement designed to enhance efficiency. She is casting it in historical terms, especially given that agents will be "allowed to carry firearms in each other's country."

This notable event in Canada becomes even more noticeable when one realizes that a similar arrangement has just been announced in Mexico.

From the Albuquerque Journal: "Mexico set to allow armed U.S. customs officials within its borders."

A Mexican initiative to allow U.S. customs officials to carry weapons in the country could clear the way for customs inspections inside Mexico's assembly plants, alleviating congestion at border crossings.

New Mexico's border industries, as well as Mexico's maquila assembly plants, have been pressing for years for a program that would allow customs inspectors to clear goods before they reach a port of entry.

In a proposal sent to Mexico's Senate, Peña Nieto underscored that Mexico's economy depends in a large part on the competitiveness of its border and proposed allowing foreign governments' customs inspectors to work alongside the country's own.

It all sounds so reasonable – who could object to governments working together in this fashion? And yet isn't there evidence of a process here?

Certainly it would seem to us worth commenting – as we are now doing. Yet we doubt we'll see a single mainstream news outlet put these two stories together within the context of a larger trend. We could write the headline, of course. Here's one version:

"Canada, Mexico and US to Allow Customs Officials to Work in Cross-border Partnership"

When one looks at all the other agreements, including trade treaties such as NAFTA and CAFTA, it's almost indisputable that unifying elements are at work.