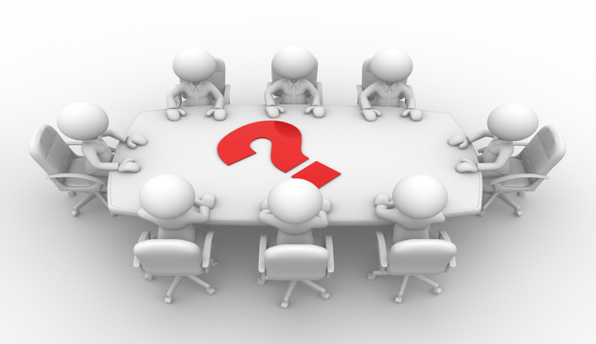 Obama Heads to Mexico … Amigos Meeting Strained by Keystone … Canadian Prime Minister Stephen Harper's frustration with U.S. President Barack Obama's failure to approve the Keystone XL pipeline may make this installment of the North America summit, known as the "Three Amigos," the frostiest since the annual meetings began almost a decade ago. At the one-day meeting tomorrow in Toluca, Mexico, with Mexican President Enrique Pena Nieto and Harper, Obama is bringing an agenda focused on trade, education, border security and stopping drug trafficking. Yet 20 years after the North American Free Trade Agreement took effect, the U.S. and Canada are at loggerheads over a $5.4 billion collaboration that would carry oil south from the thick sands of Alberta to American refineries along the Gulf Coast of Texas and Louisiana. – Bloomberg

Dominant Social Theme: This Keystone project needs to be moved forward as soon as possible.

Free-Market Analysis: We just mentioned Keystone yesterday within the context of the controversial North American Union, and here it is again in the news. In fact, this article is full of hints about the NAU that is so staunchly denied by the officials of the US, Canada and Mexico.

Why these denials should be credible is a mystery to us. The globalists behind the European Union lied about their intentions for more than half a century. Today, anyone who examines the issue critically must understand that the "European empire" was always the goal of those creating a "free-trade zone."

Here's more from the article. We'll analyze some of the coded language after this excerpt:

"People always call these things the 'Three Amigos,' but I would say at this point in time it's difficult to use that term," said Duncan Wood, director of the Mexico Institute at the Woodrow Wilson International Center for Scholars in Washington.

"From the Canadian point of view, Keystone is an extremely big issue, and they've staked a lot of the relationship with the United States on it. From the U.S. side, you have complex internal politics that need to be resolved."

Obama rejected the initial application for the pipeline in 2012, citing risks with its path through ecologically sensitive lands in Nebraska, and has yet to rule on the rerouted plan Harper, 54, said last month that if necessary he'll wait out Obama's term, which ends in 2017, to get the project built. "It is, in my judgment, a necessary and inevitable victory," Harper said in a Jan. 16 interview. "I absolutely believe that. I can't see how it will be otherwise."

… The approval process now moves into a second stage focused on whether the project is in the U.S. national interest. Obama, 52, has said the Keystone project will be in U.S. interests only if it doesn't significantly add to carbon pollution. He's repeatedly declined to publicly take a position until final reviews are completed.

.. For his part, President Pena Nieto wants to use the summit to show off the capital of Mexico State, a powerhouse of manufacturing for foreign companies from Chrysler Group LLC to Nestle SA (NESN), Wood said.

The overhauls, aimed at spurring competition and growth in a nation where major industries are dominated by monopolies and duopolies, earned Mexico a credit upgrade this month from Moody's Investors Service to A3, the nation's highest rating ever. "This is a showcase for the Mexican government to talk about what they can do," Wood said.

The summit will also be a chance to explore ways to update Nafta and advance a wider agreement, the Trans-Pacific Partnership, being negotiated with nine other Pacific rim nations. While the official goal is a deal this year, U.S. automakers are pressing for more access to the Japanese market.

"The president's biggest priority on his trade agenda is to bring the TPP negotiations to a close,'" said Steve Biegun, Ford Motor Co. vice president of international governmental affairs. Nafta is cited by all three governments as a triumph of collaboration.

Did you understand the coded language? Let's unpack it.

The Keystone analysis is now being presented in terms of whether its business impact is more important than its environmental impact or vice versa. There's not a single mention about its impact on the continental United States or the balkanization it will surely accomplish if it is allowed.

These sorts of massive projects inevitably have negative effects. When the Bronx was bisected by an "expressway," the entire borough collapsed and has never recovered. Once the pipeline is built, pressure will inevitably be brought to create the highway and railway that have thus far been blocked.

Additionally, this article refers to NAFTA, which has been an unmitigated disaster for most US businesses. What it has accomplished is to suck industry and employment out of the "Lower 48" and deposit it in Mexico and environs. It was, of course, never a "free trade" agreement. The proper term is "managed trade," benefiting the largest multinationals.

Finally, there is much discussion of TPP and how to bring "negotiations" to a close. There's a new wrinkle regarding this heinous legislation that has just emerged and has been posted to such websites as Common Dreams:

After 20 Years of NAFTA Poverty, Lawmakers Move to Fast-Track TPP … On the heels of NAFTA's "20 years of regret" anniversary, U.S. lawmakers are aggressively pushing legislation to fast-track what has been called NAFTA on steroids: the Trans-Pacific Partnership (TPP).

Known as "trade promotion authority," the legislation would allow the Obama administration to dodge deliberation and amendments from Congress. Public Citizen summarizes:

"Whether or not the president obtains the listed negotiating objectives, the bill would empower the president to sign a trade pact before Congress votes on it with a guarantee that the executive branch can write legislation to implement the pact and alter wide swaths of existing U.S. law and obtain both House and Senate votes within 90 days.

"That legislation is not subject to markup and amendment in committee, all amendments are forbidden during floor votes and a maximum of 20 hours of debate is permitted in the House and Senate. The legislation is being advanced despite broad opposition from within Capitol Hill as well as social justice, labor, and environmental organizations."

TPP is supposed to enhance free trade and focus on tariff reduction. But government is not capable of enhancing freedom, only restricting it or supporting rent-seeking for one group over another. This treaty is actually a transparent attempt to mitigate the impact of the Internet by further declaring unlawful the sharing of information by "privatizing" it.

Inventing and then expanding copyright is just what elite powers did when faced with the radical impacts of the Gutenberg press that undermined the "divinity of kings" and helped create the Renaissance, the Reformation and the Enlightenment. In fact, copyright was created to control the free-flow of information, and it is no coincidence that TPP'S restrictive copyright language is being negotiated in secret.

We can see from the above that nothing good is going to come of this latest meeting of the "Three Amigos" unless the results are particularly adversarial and thus paralyze whatever it is they are trying to accomplish.

Ultimately, these sorts of conclaves should be seen as conspiratorial and even adversarial to the people they are supposedly serving. The REAL results inevitably seem to advance the cause of globalism and government authoritarianism. </p>