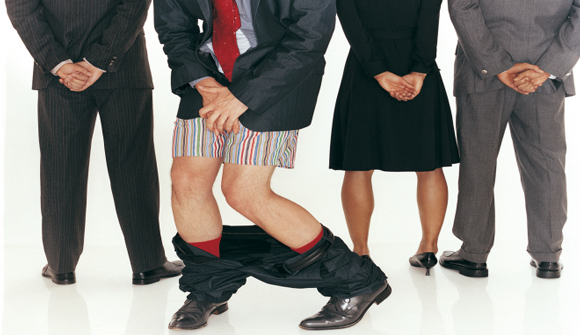 Christie 'Outraged' By 'Unacceptable' Email Exchanges Over GWB Lane Closures … Fort Lee Mayor: 'That Is Saddest Political Commentary That You Could Possibly Have … New Jersey Gov. Chris Christie responded Wednesday afternoon to email exchanges made public earlier in the day linking a top aide to the George Washington Bridge lane closure scandal that has been under investigation. – CBS News

Dominant Social Theme: This will blow over. It's no big deal. So Christie apparently closed highway lanes to get back at a political rival and may have killed an elderly lady in the process. No biggie. It won't have an impact on his presidential ambitions.

Free-Market Analysis: Yes, it will. The global warming movement never recovered from leaked emails several years back that seemed to show the entire scam was orchestrated by a few "scientists" who only published articles favorable to their promotional goals.

Chris Christie and his staff must be reeling from these emails disclosures, though as of yesterday, Christie was taking the predictable low road, blaming everything on his staff.

"What I've seen today for the first time is unacceptable. I am outraged and deeply saddened to learn that not only was I misled by a member of my staff, but this completely inappropriate and unsanctioned conduct was made without my knowledge.

One thing is clear: this type of behavior is unacceptable and I will not tolerate it because the people of New Jersey deserve better. This behavior is not representative of me or my Administration in any way, and people will be held responsible for their actions," the governor said in a statement.

As CBS 2's Jessica Schneider reported, Christie had said previously that no one in his office or his campaign knew about the lane closures back in September.

But the email and text messages between Christie's deputy chief of staff and the governor's appointees to the Port Authority of New York and New Jersey show a seemingly deliberate effort to create traffic gridlock by shutting Fort Lee's access to the George Washington Bridge after its mayor refused to endorse Christie for re-election.

"Time for some traffic problems in Fort Lee," Christie aide Bridget Anne Kelly wrote to David Wildstein, a top political appointee at the Port Authority, which runs the George Washington Bridge, one of the world's busiest spans. "Got it," Wildstein reportedly replied before ordering the closures.

Kelly wrote the email on Aug. 13, about a month before two of three local access lanes to the bridge were diverted, causing hour-long backups in Fort Lee during the first week of school. The lane closures were not announced in advance. "They are the children of Buono voters," Kelly joked – referring to Democratic gubernatorial candidate Barbara Buono who was challenging Christie.

Fort Lee Mayor Mark Sokolich, a Democrat, said the now-public documents have confirmed his suspicions. "I didn't want to jump in to this arena because I've got enough to do in Fort Lee. But it's now pretty clear that there's intentionality involved," he told WCBS 880′s Levon Putney.

State Democrats have long said the gridlock-inducing lane closures were political retaliation. "I don't know if this is comical or if it's criminal. We went through absolute hell and misery here in Fort Lee for four days," said Sokolich. Speaking to CBS News, Sokolich described the chain of events involved in the lane closures.

"I woke up one morning and I was told by the police chief that we were in complete traffic gridlock. Whenever something like that happens, there's always an explanation for it – it's either an accident on the Cross-Bronx, or some sort of emergency repair on the bridge, or something – there's an event that occurs.

So we started to do our investigation," he said. But over a period of days, the lanes remained closed and Sokolich said no one would respond to his attempts to find out why. "We were calling everyone that we always call and have called for the last – since the existence of the bridge, and we were not getting any responses whatsoever.

My chief was dealing with law enforcement on the Port Authority side, he wasn't getting any responsive answers, and I as well," he said. "We called, and called, and called; e-mail after e-mail after e-mail; cell phone – we just didn't get a response." Sokolich said on the Monday morning when the closures happened, some had speculated that the closures were about him and a "failure to do something or not do something." But initially, he did not believe it.

"But then come Tuesday, the issue was still unexplainable. Nobody was responding to us. We didn't get any response whatsoever, so there was a little doubt in the back of my mind. We then find ourselves Wednesday – same thing, same issue; complete traffic gridlock. Families here in Fort Lee still can't get their kids to school on time. Emergency services still can't respond on time… and I'm getting inundated with e-mails," he said.

In one instance involving an emergency vehicle, a 91-year-old woman lay unconscious waiting for paramedics and later died, according to a Bergen Record report.

Christie has maintained the lanes closures were for a traffic study and not punitive. But the emails and text messages among Christie aides and his two top appointees at the Port Authority — Wildstein and Bill Baroni — suggest they were involved …

We've quoted quite a bit of the article because it is somewhat convoluted. But basically, rogue agents of the Christie Administration decided to close lanes in a district supervised by a Christie political opponent.

This is a horribly juvenile move that may have cost the life of an elderly woman, among other things.

The trouble with Christie's denial is that his top aides were involved, including a childhood friend. And at least one of the aides made public mocking comments about the gridlock that seemed to indicate a quid pro quo.

Didn't Christie hear or read about this statement? Christie is a kind of bullyboy who prides himself on his political toughness. This trait is not merely a hypothetical observation. It has been noticed by others.

Here, from InformationLiberation.com a little over a year ago, reprinted from the LRC Blog.

Chris Christie Is a Hardcore Statist Control Freak … by James Ostrowski, LRC Blog … Character is best revealed in times of stress. The storm has revealed New Jersey Governor Chris Christie to be a mean, nasty, statist, control freak. His latest stunt is persecution of business owners who had the temerity to charge the prices they felt like charging for the goods they own.

He calls this "price gouging," an imaginary crime that cannot be rationally defined. Christie is aggressively cracking down on price gougers. As LRC readers know, price "gouging," which I take it means increasing prices during times of scarcity and high demand, is exactly what we need to allow those who most urgently need gas to get it and to provide an incentive for firms to increase supplies.

Price controls create shortages and dissuade suppliers from bringing goods to market. They are poison to any economy. That Christie is an icon of the GOP illustrates the sad state of that party.

Most of what Christie does these days is aimed at national politics. And like any pol, his conservative toughness is obviously a big act. This former lawyer doesn't really have any deep-seated convictions. He'll do anything for a vote. The most salient characteristic of Christie is his bullying, which outsiders can no doubt conflate with a man of conviction. But the bullying mentality is not one of genuine toughness but of phony toughness.

In this case, leaks of emails and texts exposing the Christie Administration's culpability were sent to "WCBS and other news outlets Wednesday and are the clearest sign yet that Christie aides were involved in the lane closures. Wildstein, a childhood friend of the governor, is scheduled to testify under oath Thursday before a state Assembly committee conducting one of three ongoing investigations looking into whether the closures violated state or federal laws."

The real impact of what we call the Internet Reformation is much larger than exposing the bad actions of a particular politician. The 'Net Reformation like the Gutenberg press before it has educated millions about The Way the World Really Works.

When it comes to economics, military activity, "security" operations or money issuance, 'Net information has shown definitively that those running the world's finances are dead set on internationalism and will play any dirty trick to achieve it. We call these tricks dominant social themes. They are scarcity memes designed to frighten people into giving up wealth and power to globalist facilities.

What the 'Net has revealed about Chris Christie is not so profound but it certainly conforms to the perception of our larger paradigm.

With all the hulabaloo about the NSA's spying, one ought to remember that the 'Net works both ways. And our bet is that the Internet has already done irreparable damage to elite internationalism.

He may survive, of course, and go on to bigger and "better" positions. But he's certainly been damaged and the fallout shall surely be considerable and even long-lasting. Elliot Spitzer never recovered and neither did Anthony Weiner. And the list is quite long by now.