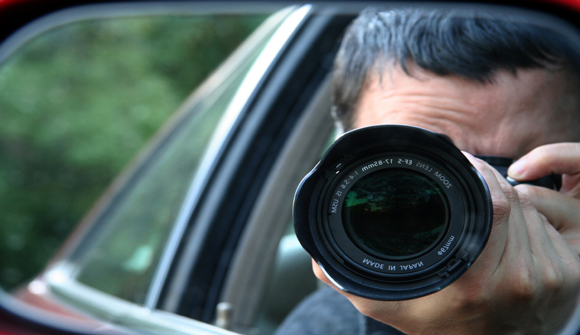 STAFF NEWS & ANALYSIS
Netanyahu Is Either Lying or Incompetent
By Philippe Gastonne - April 07, 2015

Israel spied on Iran's nuclear talks with the United States — and used the information to undermine the Obama administration's position with the GOP-led Congress, according to an explosive report in The Wall Street Journal… A senior official in [Israeli Prime Minister Benjamin] Netanyahu's office fired back, calling the allegations "utterly false" in an interview with CNN, adding that "Israel does not conduct espionage against the United States or Israel's other allies. The false allegations are clearly intended to undermine the strong ties between the United States and Israel and the security and intelligence relationship we share." – Politico, 3/24/2015

Both the U.S. and Israel conduct all manner of intelligence operations under a "plausible denial" doctrine. That means they will feign ignorance of the operation should it be exposed somehow. In other words, they will lie.

American citizens would likely be alarmed to know how often their government lies to them, not out of greed or fear, but as a matter of normal policy. Those with intelligence community experience know that lies are normal business. In some cases, this may be truly necessary, but the lies have become so routine we can now see right through many of them.

Israel operates under a similar philosophy. Hence, the unnamed official's statement that Israel does not conduct espionage against the United States is untrue. Israel does conduct espionage against the United States. The United States has known this for decades. An Israeli spy named Jonathan Pollard has been rotting in a U.S. prison since 1987. No one thinks Israel subsequently gave up spying on the U.S. If anything, their efforts would have intensified as the U.S. began negotiating with Israel's mortal enemy, Iran.

Suppose, however, the Netanyahu spokesperson is telling the truth and Israel is not spying on the Iran negotiations.

This doesn't let Netanyahu off the hook. If true, it would mean he is a terrible prime minister of Israel. He is not using every means at his disposal to defend Israel from potential foes. The voters who just re-elected his Likud party should ask for a second chance. They aren't getting what they expected.

A third possibility does exist, which is that Israel is indeed spying and Netanyahu has been purposefully kept in the dark, whether for purposes of plausible deniability or because Mossad (or other Israeli intel agency) is involved in rogue activities.

The same applies on the U.S. side, of course.

If the U.S. negotiators were not already aware Israel had intercepted their communications, it means we have unknown leaks. The government spends untold billions on supposedly "secure" communications for our diplomats overseas, and Israel penetrated them anyway. Oops.

Obama administration officials who are angry at Israel might want to direct their ire a little closer to home. The National Security Agency, which is in charge of the government's communications security, is apparently so busy vacuuming civilian e-mails that it didn't protect national security.

Just another day in the puzzle palace.