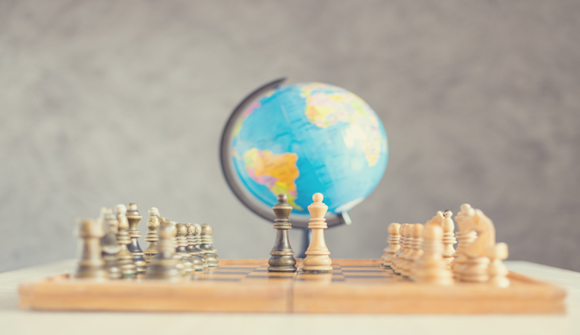 Global Effort Launched to “Repeal and Replace” United Nations …  A global effort dubbed “Covenant of Democratic Nations” is working to abolish the United Nations, widely ridiculed as the “dictators club,” and replace it with an international forum open exclusively to free and democratic nations. -New American

The movement has links to the Trump and those at the “Global Launch” in Washington, D.C., included Representative Trent Franks (R-Ariz.). “This is a critically important issue,” he said, reportedly. “The United Nations started out with a noble charter … but the United Nations has not only failed their charter, they have distinctly moved in the opposite direction and done actual harm.”

Edwin Black, is the author of the book “IBM and the Holocaust.” “The world body began as a sick organ, and deteriorated from there,” he is quoted as saying.

Attorney Nathan Lewin, reportedly said the UN “deserves an obituary” after “signing its own death warrant.” This occurred when it okayed  a Security Council resolution saying the Jews should not be in East Jerusalem and Judea and Samaria.

In fact, there is a large Jewish component to the movement. The unspoken certainty seems to be that Israeli participation gives the movement more credibility.

Ben Cohen of the Israel Project reportedly said, “You now have states that are basically glorified concentration camps … like North Korea, who get to have an equal voice with Australia, Canada and the United States.”

The New American recently carried an article on the covenant and said that, “Follow-up events have been or will be held in New York, Palm Beach, San Francisco, Canberra, Melbourne, Sydney, Los Angeles, Detroit, and other major cities.”

Additional speakers and panelists include Australian Senator Malcolm Roberts who reportedly said, “Australia’s values and way of life are … at risk from insidious institutions such as the unelected swill that is the United Nations. Action needs to be taken.”

The campaign against the UN has not been much covered by the mainstream media, which has commented negatively on the movement when it has bothered to acknowledge it at all.

Nonetheless, anti-UN proposals are gaining strength. The Covenant of Democratic Nations is joined by other efforts to offer alternatives to the UN. These include billionaire Swedish-Hungarian investor Laszlo Szombatfalvy, who has offered $5 million to anyone who can come up with a workable alternative to the UN.

Unfortunately  Szombatfalvy actually wants to make whatever replaces the UN even more powerful, especially in the area of global warming. But he is certainly a voice for change.

President Trump himself is creating a plan to strip “at least 40 percent” of American funding from the UN. Yet another congressional coalition wants the US to evict the UN from US soil. The UN is seen by these reps as incompatible with freedom generally.

Time will tell if any of these movements come fruition but they indicate that the UN is increasingly on shaky ground.

Its about time alternatives to the UN emerged. For nearly 75 years this undemocratic and often anti-US body has been providing its corrupt blue helmets to violent areas in all corners of the world.

The West has done nothing about the UN except grumble. But now that Donald Trump is frankly attacking the UN, other efforts along these lines are springing up as well.

While individually they are not yet far along, as a group they represent a big change in the way people are regarding the UN. It’s now seen as a institution to overcome rather than to tolerate. And sooner or later one or more of the alternatives now being proposed will gain traction.

Conclusion: The UN may continue certainly in the near term but increasingly it will meet organized resistance and even significant alternatives, It’s about time.