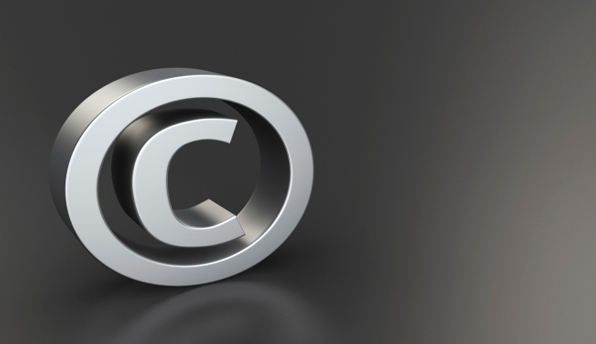 Observing that “copyright is not a divine right”, the Delhi high court on Friday allowed Delhi University to issue photocopies of major textbooks published by leading publishers. The Justice held that the act of students getting books copied from DU’s library or its authorised photocopy shop enjoys protection under Section 52 of the Copyright Act, which exempts education from copyright infringement. – Times of India

We`ve written numerous times about the idiocy of state-mandated intellectual property rights and now a top court in India has summarized our argument in six words:

“Copyright is not a divine right.”

In fact, it is not a “right” at all. But try to defy copyright or patent law and you may end up in jail. Such “property rights” are increasingly becoming criminalized (here).

This is because Western-style governance (which influences the world) is increasingly subservient to the scourge of technocratic corporatism (here). And those who run this increasingly robust worldwide technocracy are insistent about such rights.

Before the Civil War in the US, patents were not generally honored, nor enforced by the Courts (here). This epoch  in the US involved a ferment of discovery and free-market applications.

In fact, it cannot be beneficial because every law is essentially a price fix and every time you “fix a price,” you distort distort commerce and damp creativity.

It is probably not necessary to give someone an extended period of time to benefit, as current laws provide. In fact, people are told that patents and intellectual property rights are for their own good, but such “rights” mostly benefit corporate holders.

Along with corporate person-hood and monopoly central banking, such government enforced “rights” are responsible for modern capitalism with all its faux consumerism, warmongering and all-round (and increasing) impoverishment.

Such rights also give the world’s largest entities the power to control fundamental technology. Large entities can purchase advanced technology that is then not available to others because of patent law, etc.

In a 94-page order, the court essentially concluded that if DU can photocopy content within its library to impart education to students, then similar protection is enjoyed by the contractor, Rameshwari Photocopy Service.

… A group of publishers, including Oxford University Press, Cambridge University Press and Taylor & Francis, had objected in their suit to the photocopy shop selling course packs, that is, compilations of photocopied portions of different books prescribed by DU as suggested reading in its syllabus. The HC held that when texts are used by DU for imparting education and not commercial sale, it can’t infringe on copyright of the publishers.

… The modest shop in North Campus was thrust at the heart of the case by international publishers who sued it for copyright infringement in 2012, resulting in Friday’s landmark verdict on intellectual property rights.

“Copyright, specially in literary works, is thus not an inevitable, divine, or natural right that confers on authors the absolute ownership of their creations. It is designed rather to stimulate activity and progress in the arts for the intellectual enrichment of the public,” the Justice observed.

Good for “Justice!” The decision may have been helped along by the escalating cost of textbooks, which in the West is reaching upwards of $300 a book as the publishing technocracy leverages its state-controlled judiciary.

Many years ago we predicted that ‘Net information would undermine the apparent legitimacy of central banking (here). We’ve also written that the same process will undermine patent law and intellectual property rights.

Finally, and most importantly, the idea of state justice itself comes under attack and private, “marketplace” justice reemerges. People will settle their quarrels on their own or with independent, third-parties as they did for thousands of years.

If people want to enforce patent and property “rights,” they should do so themselves, and pay for it themselves. Why should the taxpayer pay?

There are plenty of ways that creative people can make money absent patents and intellectual property rights. But one ought not to be confused about the larger framework. For such an environment to work properly, state-supported corporate power has to diminish. Corporate person-hood (which didn’t exist before the Civil War) and monopoly central banking will come under attack as well.

Conclusion: Within this context, and assuming a democratic or republican legislative structure, governments would gradually lose power and equitable (non-monopoly) marketplaces would re-emerge. People would have the ability to choose their own destinies and create their own businesses free of the dead-hand of the corporatism that the banking class has so adeptly confused with intellectual property rights and “patent law.”